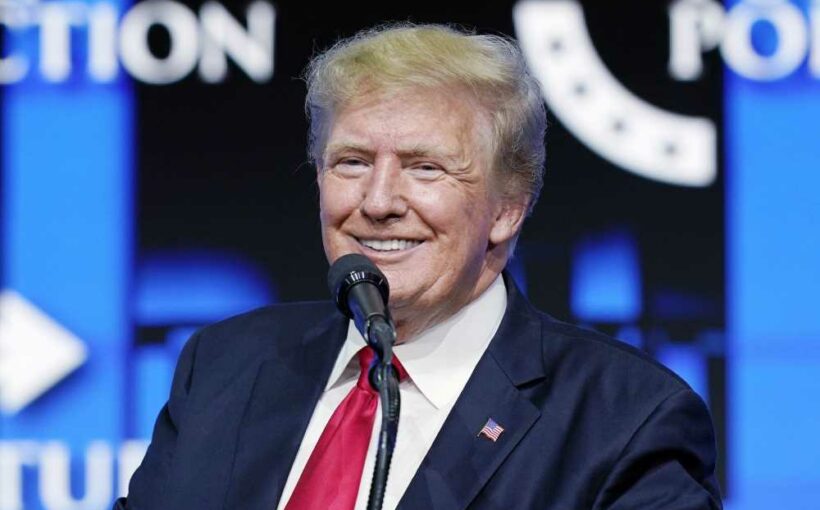 It’s tough when you give people sound medical advice and in exchange they treat you like a pariah, but don’t cry too hard for Donald Trump.

When the former president told a Dallas audience that he received a Covid-19 vaccine booster, anti-vaxxers in the crowd booed. Trump was in Texas for the final stop in a four-city “History Tour” with Bill O’Reilly when the conservative former Fox News host said, “Both the president and I are vaxxed,” then turned to Trump and asked, “Did you get the booster?”

“I did, too,” O’Reilly said. But as they spoke, members of the audience began to boo. O’Reilly shared the clips of him discussing the vaccine with Trump on his Twitter account Monday morning.

Trump Sues N.Y. Attorney General to Try to Halt Investigation Into His Business

Trump then claimed credit for the vaccine. “We did something that was historic. We saved tens of millions of lives worldwide — we, together, all of us … we got a vaccine done,” he said, later adding, “Take credit for it, what we’ve done is historic. Don’t let them take it away, don’t take it away from ourselves. You’re playing right into their hands when you [doubt the vaccine].”

But, of course, Trump was quick to include a caveat that he opposes vaccine mandates. “If you don’t want to take it, you shouldn’t be forced to take it,” he said. “No mandates.”

While Trump may be personally pro-vaccine, he’s also done just about everything he can to undermine public health officials who’ve begged the public to heed the best available evidence for dealing with Covid. Anthony Fauci, the nonpartisan chief medical advisor, was a frequent target of his ire, as Trump contributed to the politicization of the national response to Covid.

Trump’s anti-science rhetoric at the beginning of the pandemic, when he often dismissed medical experts’ opinions in favor of his own conclusions, may be one reason why almost half of Republicans, compared to just 14% of Democrats, said they either believed or were unsure about four or more pieces of Covid-19 misinformation, according to a Kaiser Family Foundation poll. While four in ten Republicans remain unvaccinated as of November, nine of ten Democrats have gotten at least one dose. In fact, the foundation has found that partisanship is the strongest self-identifying predictor of being unvaccinated.

Although Trump likes to sing his own praises, according to a House committee report, Trump intentionally slow walked the U.S. pandemic response for political purposes. The report found his administration held back a Center for Disease Control and Prevention recommendation that church attendees wear a mask, for fear of a backlash from his more fervently religious supporters. The committee also said the Trump administration tried to pressure CDC career scientists into destroying evidence of White House staff attempting to change CDC guidance to Americans. “Persistent political interference in the pandemic response contributed to one of the worst failures of leadership in American history,” the House report concluded.