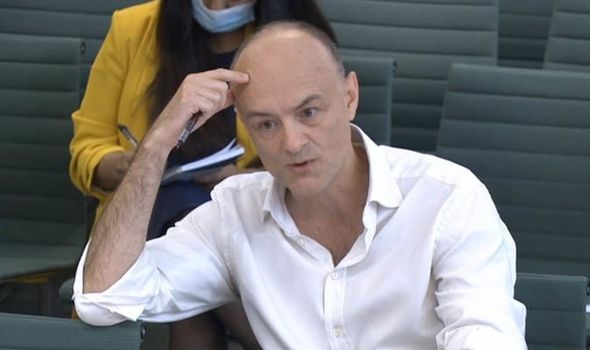 During a marathon testimony at a Commons committee hearing, the former Vote Leave strategist claimed “tens of thousands of people died who did not need to die”. Mr Cummings accused the Prime Minister of repeatedly dismissing coronavirus as a “scare story” and declared he was “unfit for the job” of running the country.

He also said Health Secretary Matt Hancock should be sacked for “lying”.

But one senior Tory said last night: “Cummings has no credibility at all. He behaved at the committee as he always has done, claiming he is eternally right and everyone should listen to him.”

The Tory grandee also dismissed the former aide, who was sacked from Downing Street last November, as “vengeful and embittered”.

Mr Johnson yesterday shrugged off the attack from his former top adviser.

Speaking at Prime Minister’s Questions, he said: “I think what the people of this country want us all to do is to get on with the delicate business of trying to reopen our economy, restore people’s freedoms and get back to our way of life by rolling out the vaccine.”

He added: “The handling of this pandemic has been one of the most difficult things this country has had to do for a very long time. None of the decisions has been easy.

“To go into a lockdown is a traumatic thing for a country. To deal with a pandemic on this scale has been appallingly difficult. 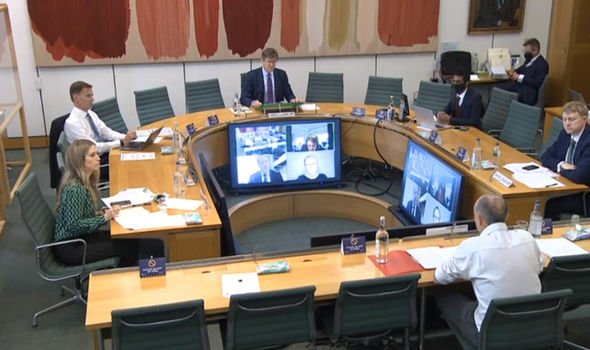 “We have at every stage tried to minimise loss of life—to save lives and to protect the NHS—and we have followed the best scientific advice that we can.”

Mr Cummings, dressed in a white open-necked shirt, gushed out allegations by the dozen during the televised question-and-answer session held jointly by the Commons Health and Science and Technology Committees.

He began his epic evidence session with an apology for the Government’s handling of the pandemic.

In an opening statement, he said: “The truth is that senior ministers, senior officials, senior advisers like me fell disastrously short of the standards that the public has a right to expect of its Government in a crisis like this.

“When the public needed us most the Government failed.

“I would like to say to all the families of those who died unnecessarily how sorry I am for the mistakes that were made and for my own mistakes at that.” 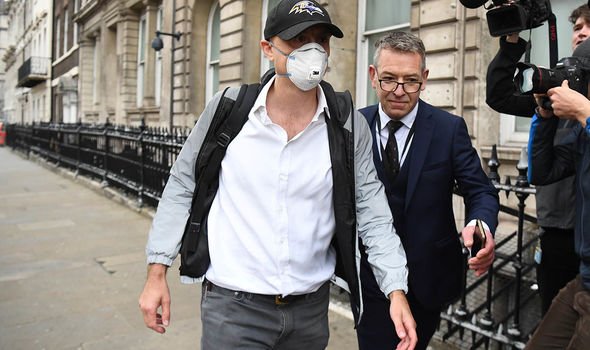 He went on to paint an extraordinary picture of chaos and indecision within Downing Street as the Covid pandemic spread last year.

“In February, the Prime Minister regarded this as just a scare story, he described it as the new swine flu,” Mr Cummings told MPs.

He likened the heart of Government in mid-March to the disaster film Independence Day “with Jeff Goldblum saying the aliens are here and your whole plan is broken and you need a new plan.”

And delays over the second lockdown last autumn led to thousands of needless deaths, the former aide claimed.

“I said to him the whole lesson of what happened before is that by delaying the lockdown to later it had to be more severe, it had to last longer, the economic disruption is even worse anyway and we will have killed God knows how many thousands of people in the meantime who have caught Covid who wouldn’t have caught it if we act now – surely you have got to learn the lessons from the past. 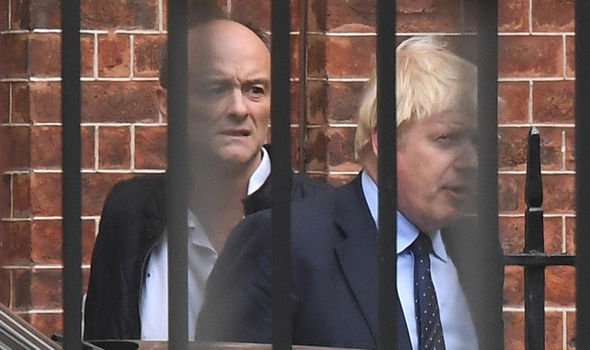 “And the Prime Minister decided no and said basically we are just going to hit and hope,” he said.

“By October 31 our relations were essentially already finished, the fact that his girlfriend also wanted rid of me was relevant, but not the heart of the problem.

“The heart of the problem was fundamentally I regarded him as unfit for the job and I was trying to create a structure around him to try and stop what I thought were extremely bad decisions and push other things through against his wishes,” he said.

“My resignation was definitely connected to the fact that the Prime Minister’s girlfriend was trying to change a whole bunch of different appointments at Number 10 and appoint her friends to particular jobs.

“In particular she was trying to overturn the outcome of an official process about hiring a particular job in a way which was not only completely unethical but was also clearly illegal.”

He compared the Prime Minister to a “shopping trolley” that was difficult to control.

Mr Cummings admitted that despite his fears about delays in locking down he hesitated to hit the “panic button” because of fears he might be wrong.

“I think it’s a disaster that I acted too late. The fundamental reason was that I was really frightened of acting,” he said.

“I apologise for not acting earlier and If I had acted earlier then lots of people might still be alive.”

Mr Cummings said it was “completely crackers” Mr Johnson was in charge and that thousands of people in the country could provide better leadership than the Prime Minister.

He also admitted he should never have been given his own role.

“It is completely crazy that I should have been in such a senior position in my personal opinion,” he said.

“I’m not smart. I’ve not built great things in the world.

“It’s just completely crackers that someone like me should have been in there, just the same as it’s crackers that Boris Johnson was in there, and that the choice at the last election was Jeremy Corbyn,” Mr Cummings said.

“And the problem in this crisis was very much lions led by donkeys over and over again.”

Mr Cummings repeatedly savaged the Health Secretary during his evidence, accusing him of “criminal, disgraceful behaviour” in his pursuit of hitting targets for Covid tests.

He said he recommended to the Prime Minister “almost every week, sometimes almost every day” that Matt Hancock should be sacked.

“I think the Secretary of State for Health should’ve been fired for at least 15, 20 things, including lying to everybody on multiple occasions in meeting after meeting in the Cabinet room and publicly,” Mr Cummings said.

“There’s no doubt at all that many senior people performed far, far disastrously below the standards which the country has a right to expect. I think the Secretary of State for Health is certainly one of those people.

“I said repeatedly to the Prime Minister that he should be fired, so did the cabinet secretary (Sir Mark Sedwill), so did many other senior people.”

A spokesman for Mr Hancock said: “At all times throughout this pandemic the Secretary of State for Health and Social Care and everyone in DHSC has worked incredibly hard in unprecedented circumstances to protect the NHS and save lives.

“We absolutely reject Mr Cummings’s claims about the Health Secretary.

“The Health Secretary will continue to work closely with the Prime Minister to deliver the vaccine rollout, tackle the risks posed by variants and support the NHS and social care sector to recover from this pandemic.”

Downing Street aides declined to be drawn on details of Mr Cummings allegations.

The Prime Minister’s press secretary said: “I think the point of this is we’re not going to engage with every allegation made today.

“And the PM was setting out that throughout this pandemic our priority has been to save lives, protect the NHS and support people’s jobs and livelihoods across the entire United Kingdom.”
Source: Read Full Article