Home » Politics » ‘Dangerous, perilous stage’ Boris warned as ‘May out’ after she won no-confidence vote 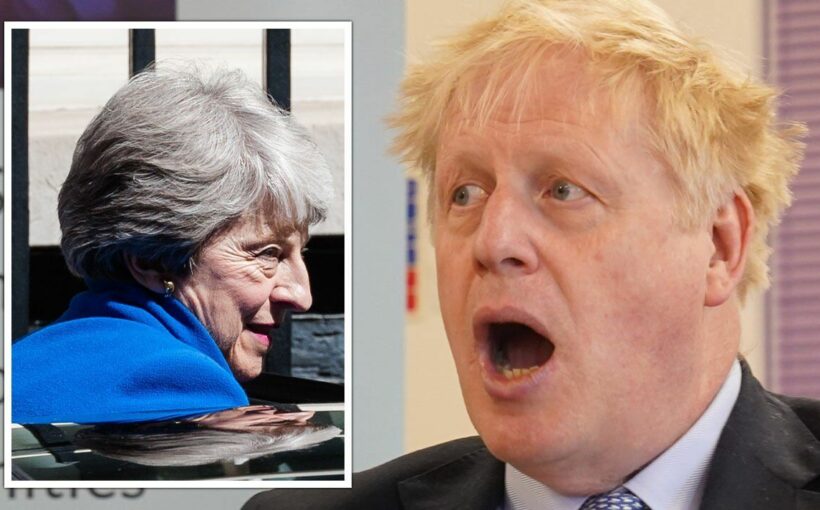 Boris Johnson would not be in the clear even after winning a potential no-confidence vote, The New Stateman’s Freddie Hayward warned, reflecting on Theresa May’s premiership. Theresa May resigned six months after she survived a no-confidence vote. After failing to pass drafts of the Brexit withdrawal agreement three times in Parliament, Ms May resigned and left the way for Boris Johnson to take the Conservative Party’s leadership. According to Mr Hayward, Boris Johnson could follow in his predecessor’s footsteps.

Speaking to New Statesman’s Podcast, Freddie Hayward said: “Theresa May is the example. Because people say: ‘Ok, if Johnson wins the vote, he’s safe for a year’ – he’s not.

“Because even if the rules say you can’t have another vote of no-confidence, if the Tory party, the majority of MPs in the Tory party want him to go, they will make it happen.

“That’s one senior Tory MP said to me this week: ‘It doesn’t matter about the rules. If we really have to, the rules will change. Our will will prevail.’

“And that’s worrying for Johnson. I mean, May was out about six months after she won the confidence vote.”

“So, we’re already in the sort of dangerous, real perilous stage for Johnson, so I think that’s something he was going to be worried about,” Mr Hayward added.

Speculations suggest Boris Johnson could face a no-confidence vote as early as next week, as a growing number of Tory MPs are reportedly submitting no-confidence letters to the 1922 Committee.

But the move is now reportedly causing disquiet among Conservatives with some rebels arguing they would fail to garner the 180 votes required to oust Boris Johnson, should they trigger a no-confidence vote next week.

If the vote goes ahead and half the Tory MPs vote against Boris Johnson, he would be disqualified from the next leadership election.

When asked whether constituents are having sway over Tory MPs’ decision on whether to oust Mr Johnson, Rachel Cunliffe speculated: “I think that’s definitely part of it. You’ve got to remember that this has been going on for five months, six months, seven months depending on where you start it from. But it has been going on for a long time.

“And up until now, Conservative MPs have had the excuse or the line of ‘just wait until the Sue Gray report’or ‘just wait for the Met investigation.’ And that’s a very helpful line for shutting the conversations down.

“We’ve had both of those things, and they don’t have a line now.”

Tory MPs said they waited for civil servant Sue Gray’s report into the lockdown-busting parties to decide on whether they should oust Boris Johnson. Details emerged of wine spilt down walls, vomiting and partying until 4 am. In one of the photos showing Boris Johnson’s and colleagues’ wrongdoing, the Prime Minister is seen raising a toast with at least six people around him.

Tory MPs must send in a total of 54 letters to trigger a no-confidence vote. 16 of them have penned theirs publicly but Insider reports more than 30 Tories have done so. If more than half of Tory MPs vote to remove him, Boris Johnson will be forced to step down and be banned from competing in the following leadership election.