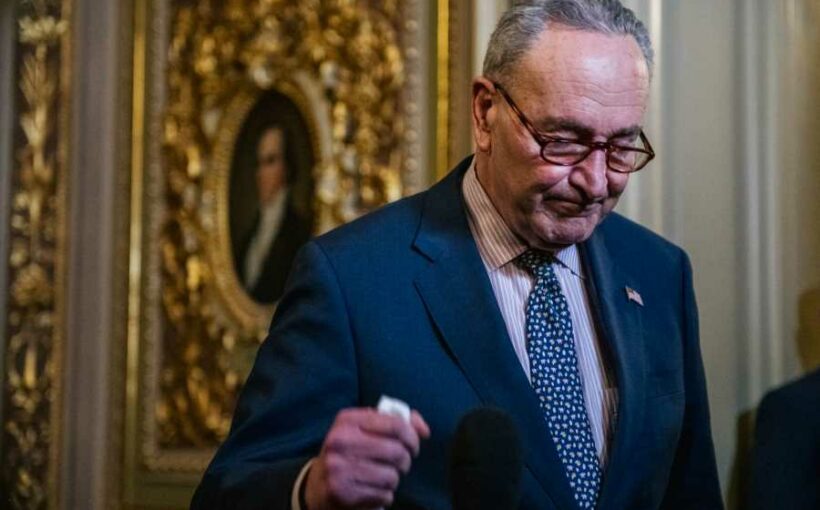 At first, it was $2,000. That was the message throughout the Georgia runoffs, which Democrats carried in a shocking double victory on the back of a nationwide PR blitz, flooding airwaves with promises that a newly-blue Senate could end Mitch McConnell’s half-decade of tyranny.

Then, the number shrunk: $2,000 was actually $1,400, because Trump had already given us $600. The messaging changed before our eyes: In one tweet, dated January 12th, Vice President-elect Kamala Harris called for “$2,000 stimulus checks.” In another, dated January 14th, she quoted President-elect Joe Biden promising to “finish the job of getting a total of $2,000.” This wasn’t a broken promise at all, Biden press secretary Jen Psaki claimed, implying that it wasn’t their fault if you were too stupid to work that one out.

Now, that number is shrinking even further. On Wednesday, Biden agreed to further narrow the eligibility for stimulus payments under the coronavirus relief bill that has been bouncing around the House and Senate bureaucracies since before he took office. This bill is meant to be the foundation of Biden’s plan to “Build Back Better,” whatever that means, but the messaging from the White House is clear: Some of you won’t make the cut.

The new change is relatively simple: Biden wants to lower the income threshold that triggers diminishing returns on the stimulus payments. In the plan passed by the House last week, people who earn less than $75,000 a year, or couples who make less than $150,000 a year would get a full $1,400 stimulus payment. But people who make upwards of $100,000 a year, however, would only get partial payments on a sliding scale. Under Biden’s new plan, according to the Washington Post, the sliding scale is out: if you make more than $80,000 a year (or $160,00 as a couple), you get nothing. Nada. Zilch.

There’s a simple logic behind this: that richer members of society shouldn’t get the same benefits as the poor. The process of deciding exactly how to define and administrate those boundaries even has a name, called “means-testing.”

Democrats absolutely love this process, because it allows them to sit merrily on the fence between actual social welfare and the made-up, GOP-pandering notion of “fiscal responsibility.” This is Joe Manchin’s entire political career in a nutshell, and it’s no surprise that he lobbied hard for these cuts. The end result, unfortunately, is that they pass bills and programs so laden with red-tape qualifications that thousands of people inevitably slip through the cracks. Aid makes its way to some people, but misses others. In this scenario alone — who’s to say that someone whose salary was technically above $80,000 on their last federal tax return doesn’t need the help?

And when you zoom out, the optics are equally terrible. Who actually wants this? Who actually cares if someone who makes a slightly better paycheck also gets a stimulus payment? In the worst possible future, it creates a situation where millions of American workers actually receive less under a Biden administration than they did under Trump.

At this point in the pandemic, these policies look completely deranged. We’ve known for months now what the fixes to this country’s problems are: shut down the economy to stop the spread of the disease, and use the government’s unchallenged authority to print money to pay people to stay home. Give them the money to offset the damage caused by circumstances out of their control.

Instead, this is what we get: an elaborate system of bureaucratic hoops, means-tested to scrimp and save every last penny the government can while keeping the pain and ruin caused by their parsimony on a manageable level, because the party in power has proven time and time again that it would rather lose human lives than political capital.