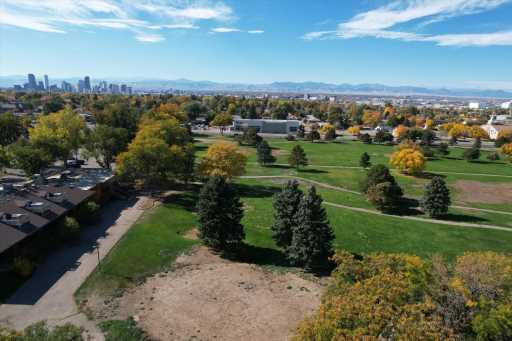 Battle lines are already being drawn around a potential ballot initiative that would lift the main legal barrier preventing redevelopment of the former Park Hill golf course in northeast Denver.

On Tuesday morning, the Denver City Council’s land use committee voted 5-2 to approve the proposed ballot language for a question that could go to voters as part of the busy April 4 municipal election.

The language still has to be approved by the council as a whole before being referred to voters but the refined wording — debated by the committee members over the last two weeks — appears poised to pass based on prior council votes around the future of the 155-acre, dormant golf course at East 35th Avenue and Colorado Boulevard.

Earlier this month, the council voted 10-3 to adopt a city-produced, broad-stroke plan for the property that sets the stage for hundreds of new housing units there, as well as commercial space in buildings as tall as 12 stories. The plan also calls for the creation of a more than 70-acre regional park on the eastern half of the land.

That ballot language approved by the committee on Tuesday reads:

“Shall the voters of the City and County of Denver authorize the release of the City-owned conservation easement on privately owned property known as the Park Hill Golf Course, which requires the land to be used primarily for golf-related purposes, and allow for commercial and residential development, including affordable housing, and public regional park, trail and open space?”

That updated language comes after some council members expressed reservations at a Dec. 13 committee meeting with a prior draft of the ballot language. The first version of the ballot question read:

“Shall the voters of the City and County of Denver authorize the release of the City-owned conservation easement on privately owned property known as the Park Hill Golf Course, which requires the land to be used primarily for golf-related purposes, and allow for publicly accessible parks and open space and residential and commercial uses, including affordable housing, community serving retail and other purposes?”

Council President Jamie Torres worked with city staff to update the language. She sided with Councilwoman Candi CdeBaca at the Dec. 13 meeting after CdeBaca argued the first version of the question was leading and too heavily weighted towards an outcome that would see the easement lifted.

CdeBaca voted against adopting the city’s plan for the property earlier this month, joining fellow council members Paul Kashmann and Amanda Sawyer in the minority.

“I think the whole second part of the question, the public access to the parks, the affordable housing, it doesn’t mention any of the private development or non-affordable housing,” CdeBaca said at that Dec. 13 meeting. “And so if it’s not going to mention all of it, I don’t think that we should have that second half of the question period. I think it should just be a question of rolling (away) the easement.”

Torres and Councilwoman Amanda Sandoval, who also voiced concerns with specific wording in the first draft, were satisfied on Tuesday and voted to move the updated language along to the entire council. CdeBaca was not.

CdeBaca has her own version of the ballot language that she shared on Twitter prior to the meeting. She argued the city’s version does not accurately portray the conservation easement’s purpose and still goes too far in describing what is proposed for the property should the easement be lifted. She intends to introduce her version as an amendment when the council votes on the measure even though she knows it is likely to fail.

The land use committee at its Dec. 13 meeting also approved passing along a rezoning request for the property and an agreement that would clear the way for special taxing districts to pay for infrastructure and maintenance there.

Another piece of the puzzle that the committee approved and the broader council is expected to debate at its Jan. 23 meeting is a development agreement that city staff negotiated directly with Westside and its partners.

That agreement dictates, among other things, that 25% of all housing built on the property must be income restricted to be more affordable, a percentage well beyond standard city requirements for new construction.

The agreement also lays out the procedure by which the conservation easement would be lifted if voters allow it. If the ballot question passes, Westside and its partners would give the entire property over to the city, a step that the city attorney’s office says will automatically wipe out the easement. From there, the city would keep 80 acres for future park space and give 75 acres along Colorado Boulevard back to Westside to pursue development.

Harry Doby, a member of the grassroots Save Open Space Denver group that has been fighting redevelopment of the golf course for years, called the development agreement “deceitful” in comments sent to the City Council earlier this month and shared with The Denver Post.

“That the city would encourage development here, expending vast resources on a favored developer’s speculative inside deal is an indictment of their failed leadership over the last decade,” Doby wrote.

The land use committee’s ballot language back and forth sets the table for a broader public campaign to come.