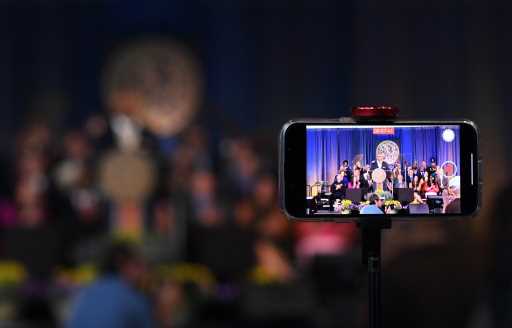 Denver’s sizable field of candidates running for mayor, City Council, clerk and recorder and city auditor in the April 4 municipal election is about to get smaller and the list of just who will appear on city ballots is becoming clearer.

The deadline by which candidates had to turn in their petitions with the required amount of voter signatures to get on the ballot ended Thursday at 5 p.m.

Officer-seekers who did not hit the required thresholds — 300 verified signatures from Denver voters for people running for mayor, auditor, clerk and recorder and city council at large seats and 100 for district-level council seats — no longer have the opportunity to seek more signatures or otherwise “cure” their petitions.

Many candidates cleared the Jan. 19 deadline with plenty of room. Forty-six of the 84 people who filed paperwork declaring their intention to run for city office this year beat the clock. City elections officials are going through the process of verifying signatures for more than two dozen more candidates who turned their petitions in later, work that could carry over into early next week.

With Michael Hancock term-limited, the Denver mayor’s seat is open for the first time since 2011. Zeroing in on that race, here is a look at who is set to appear on the ballot and who could still qualify once verification work is done.

As of the petition deadline day, the following candidates were certified for the ballot:

It’s a field that includes experienced politicians in Herod, who in November won reelection for her seat in the Colorado House, Johnston, a former state senator and Democratic gubernatorial candidate and Ortega, who is coming to the end of a 12-year run as an at-large Denver City Council member.

Brough hasn’t held office before but was then-Mayor John Hickenlooper’s chief of staff before a 12-year stint as the CEO of the Denver Metro Chamber of Commerce.

Calderón, who came in third place in the city’s 2019 mayoral election, is an experienced community organizer and activist, as is Tafoya. In addition to being the head of the Colorado chapter of the environmental group Green Latinos, Tafoya is the co-chair of the state environmental justice task force.

Rodriguez is a political newcomer but has served as a commissioner of the Denver Housing Authority as well as worked in the finance industry for decades.

Wolf is also vying for mayor for the second time, having run in 2011. His professional background is in finance.

Of the nine certified candidates, Rougeot is the only one who has not opted to be part of the city’s Fair Election Fund which provides candidates with public financing in exchange for their commitment to accept smaller donations. Rougeot is an Army veteran and small business owner.

Spearman jumped into the race late, filing his paperwork on Jan. 9 but still having his signature verified in time to make the ballot Spearman has most recently worked as the controversial CEO of Denver’s Tattered Cover Book Store chain.

Could still make the ballot

After a last-day crush in which more than a half dozen mayoral candidates turned in their petitions, the field of people who could still see their names printed on city ballots is wide.

If even one of the 13 candidates whose signatures are still going through the verification process makes the ballot, it would surpass 2011 as the longest list of mayoral candidates since at least 1975 and possibly ever.

Simpson has previously run as an outsider candidate, as has Giavanni. Roberts made a name for himself in Denver after leaving the Bloods street gang and becoming an anti-gang activist.

The outlier on the list of those still waiting to be certified is Hansen. The state senator was invited to a mayoral candidates panel on Thursday because the Denver Business Journal viewed him as a leading candidate in the mayor’s race.

Hansen told the Denver Post on Thursday that he turned in an estimated 600 signatures and was fully expecting to qualify for the ballot. The signatures were collected without using a contractor to circulate the petitions, he said.

“We decided to use the petition process to maximize voter engagement,” he said.

The final list of candidates will be certified on Feb. 3, according to Denver elections division staff. The order in which they will appear on the ballot will be decided via a random lot draw on Feb. 7.

Stay up-to-date with Colorado Politics by signing up for our weekly newsletter, The Spot.