Home » Politics » Do not come: Blowback would be worse if Kamala Harris had come off as soft on immigration 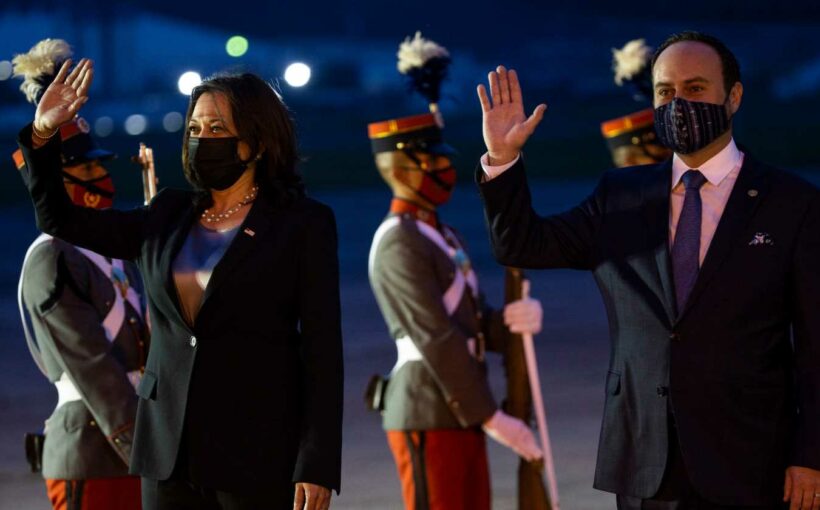 Kamala Harris’ message to migrants is breaking my heart.

America’s Madame Vice President chose Guatemala and Mexico for her first foreign trip, and is now dealing with attacks not only from Republicans but from prominent Democrats as well, after she bluntly told migrants not to come to the United States.

“I want to be clear to folks in this region who are thinking about making that dangerous trek to the United States-Mexico border, do not come. Do not come,” Harris said at a press conference with Guatemalan President Alejandro Giammattei.

“The United States will continue to enforce our laws and secure our border,” Harris continued. “If you come to our border, you will be turned back.”

The White House is already doing damage control for the “do not come” comments. Press Secretary Jen Psaki defended Harris by explaining that “what the Vice President was simply conveying is that there’s more work to be done.”

The border situation is not a “quick fix”

Unshockingly, Republicans have been having a field day with the ready-for-Fox-News soundbites from Harris. Harris even defended her approachin an NBC News interview, saying there is “not going to be a quick fix” for the flow of people to the U.S. southern border.

She also rejected GOP criticism that she hasn’t yet visited the border. “And I haven’t been to Europe,” she said in the interview. “And I mean, I don’t understand the point that you’re making. I’m not discounting the importance of the border.”

Trump vs. Biden:Trump expelled refugees against CDC advice. As COVID subsides, why won’t Biden admit them?

But it was Democratic Rep. Alexandria Ocasio-Cortez’s comments about Harris that are raising the most eyebrows. “This is disappointing to see,” she tweeted. “First, seeking asylum at any U.S. border is a 100% legal method of arrival. Second, the US spent decades contributing to regime change and destabilization in Latin America. We can’t help set someone’s house on fire and then blame them for fleeing.”

According to U.S. Customs and Border Patrol, the United States recorded more than 178,000 migrants – many from Guatemala – trying to cross the U.S.-Mexico border in April. It was the highest one-month total in 20 years.

While no one is expecting Kamala Harris to solve the migrant crisis overnight, and even though President Joe Biden expressed the same sentiment in March, her blunt words caught me off guard. Because she is a daughter of an Indian immigrant mother, I suppose I expected Harris to be more sympathetic to the dangerous journey migrants make to America and their reasons for taking those risks. It was jarring to see the Biden administration, and particularly Harris, sound as cold and heartless as the Trump administration on the issue of migrants.

“I just saw that the veep told refugees today -Do Not Come,’” journalist Maria Hinojosa tweeted. “Honestly I’m just gonna tell you I’m heartbroken. For a woman daughter of immigrants to say this to people who are desperate is just heartbreaking. Stay and be killed by your lover? Stay and be killed by the gangs?”

No choice but to be super tough

While I couldn’t agree more with Hinojosa, does Harris have any choice but to be super tough on immigration? At the very least, as the first Black and Asian woman to get the second most powerful job in the country, she must maintain the appearance of toughness.

Now that Biden has put Harris in charge of this deeply political and complicated issue, as a woman of color, Harris would be getting much more intense and negative blowback if she had flung open her arms with a huge “Come to America” sign, and came off as soft on immigration on her first official trip to Guatemala and Mexico.

The vice president’s current debacle reminds us why positions are not enough to ensure change, and as a woman of color in power, you can’t make everyone happy.

Anushay Hossain is a Bangladeshi American writer and political analyst. Her book, “The Pain Gap: How Sexism and Racism in Healthcare Kill Women,” will be published in October. Follow her on Twitter: @anushayhossain