Home » Politics » Documents at Mar-a-Lago Were Moved and Hidden as U.S. Sought Them, Filing Suggests 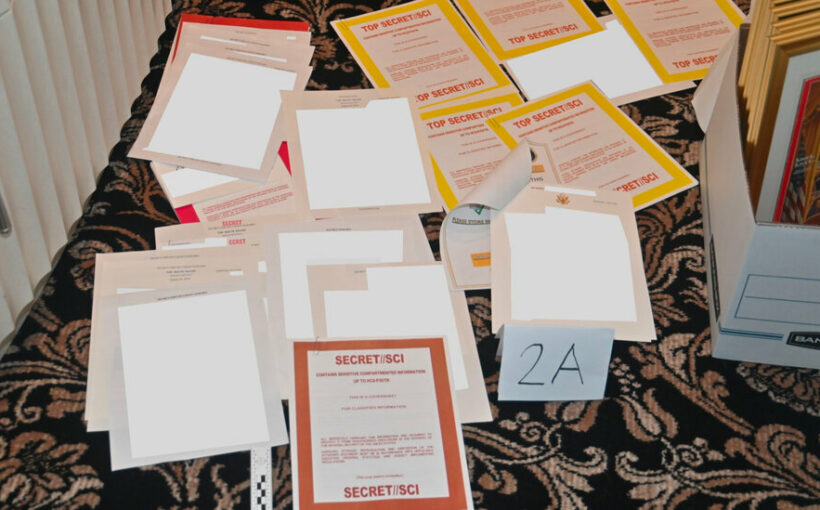 The filing by the Justice Department paints the clearest picture to date of its efforts to retrieve documents from the former president’s Mar-a-Lago estate in Florida. 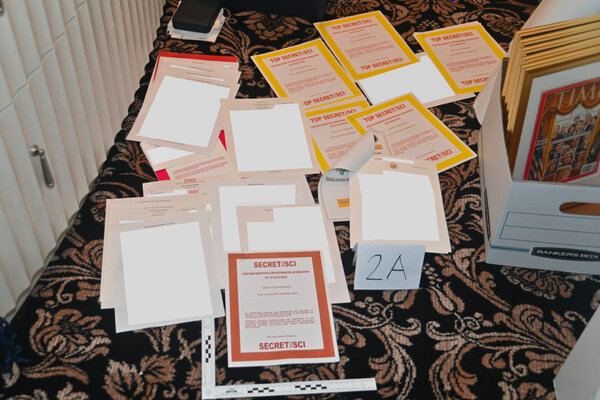 WASHINGTON — The Justice Department sought a search warrant for former President Donald J. Trump’s residence in Florida after obtaining evidence that highly classified documents were likely moved around and concealed and that Mr. Trump’s representatives had falsely claimed all sensitive material had been returned, according to a court filing by the department on Tuesday.

The filing, which came in response to Mr. Trump’s request for an independent review of materials seized from his home, Mar-a-Lago, paints the clearest picture yet of the department’s exhaustive effort to retrieve the documents before taking the extraordinary step of searching a former president’s private property on Aug. 8.

Among the new disclosures in the 36-page filing were that the search yielded three classified documents in desks located inside Mr. Trump’s office, with more than 100 documents in 13 boxes or containers with classification markings in the residence, including some at the most restrictive levels.

That was twice the number of classified documents the former president’s lawyers turned over voluntarily while swearing an oath that they had returned all the material demanded by the government.

The investigation into Mr. Trump’s retention of government documents began as a relatively straightforward attempt in 2021 to recover materials that officials with the National Archives had spent months trying to retrieve. Tuesday’s filing made clear that prosecutors are now unmistakably focused on the possibility that Mr. Trump and those around him took potentially criminal steps to obstruct their investigation.

Investigators developed evidence that “government records were likely concealed and removed” from the storage room at Mar-a-Lago “and that efforts were likely undertaken to obstruct the government’s investigation,” prosecutors wrote in the filing.

It included one striking visual aid — a photograph of at least five yellow folders recovered from Mr. Trump’s resort and residence marked “Top Secret” and another red one labeled “Secret.”

But department officials are not close to filing charges, if they ever will. And it remains unclear what specific materials the government recovered in the search — or what actual risk to national security was posed by Mr. Trump’s decision to retain the materials.

While the contents of the filing provide important new information about the timeline of the investigation, much of the information was referenced, in less detail, in the affidavit used to obtain the warrant, which was unsealed by a federal magistrate judge last week.

The release on Aug. 26 of a partly redacted affidavit used by the Justice Department to justify its search of former President Donald J. Trump’s Florida residence included information that provides greater insight into the ongoing investigation into how he handled documents he took with him from the White House. Here are the key takeaways:

The government tried to retrieve the documents for more than a year. The affidavit showed that the National Archives asked Mr. Trump as early as May 2021 for files that needed to be returned. In January, the agency was able to collect 15 boxes of documents. The affidavit included a letter from May 2022 showing that Trump’s lawyers knew that he might be in possession of classified materials and that the Justice Department was investigating the matter.

The material included highly classified documents. The F.B.I. said it had examined the 15 boxes Mr. Trump had returned to the National Archives in January and that all but one of them contained documents that were marked classified. The markings suggested that some documents could compromise human intelligence sources and that others were related to foreign intercepts collected under the Foreign Intelligence Surveillance Act.

Prosecutors are concerned about obstruction and witness intimidation. To obtain the search warrant, the Justice Department had to lay out possible crimes to a judge, and obstruction of justice was among them. In a supporting document, the Justice Department said it had “well-founded concerns that steps may be taken to frustrate or otherwise interfere with this investigation if facts in the affidavit were prematurely disclosed.”

The most important disclosures concerned the actions of Mr. Trump’s legal team at his behest.

The Justice Department effort began in May, after the F.B.I. examined 15 boxes of documents the National Archives had previously retrieved from Mar-a-Lago after months of asking Mr. Trump’s representatives to return missing records. The bureau found 184 classified documents in that initial tranche.

On May 11, the department lawyers obtained a subpoena to retrieve all materials marked as classified that were not turned over by the former president.

On June 3, his team presented F.B.I. agents with 38 additional documents with classified markings, including 17 labeled top secret; they also provided the department’s national security division with a written statement by one of Mr. Trump’s lawyers on behalf of his office who was serving as the formal “custodian” of the files. While that person’s name has been redacted in government filings, multiple people have identified her as Christina Bobb.

Ms. Bobb’s statement was attached to the department’s filing on Tuesday. In it, the lawyer wrote that “based upon the information that has been provided to me,” there had been a “diligent” search and all responsive documents to the subpoena were being returned.

But law enforcement officials soon developed evidence that statement was untrue — and said their investigation cast serious doubt on the sworn statement.

The F.B.I. “uncovered multiple sources of evidence indicating that the response to the May 11 grand jury subpoena was incomplete and that classified documents remained at the premises, notwithstanding the sworn certification made to the government on June 3,” the Justice Department filing said. “In particular, the government developed evidence that a search limited to the storage room would not have uncovered all the classified documents at the premises.”

The Justice Department obtained further subpoenas for surveillance videos of Mar-a-Lago, and the search warrant affidavit revealed that it had been working with multiple civilian witnesses. The result was the search warrant executed on August 8.