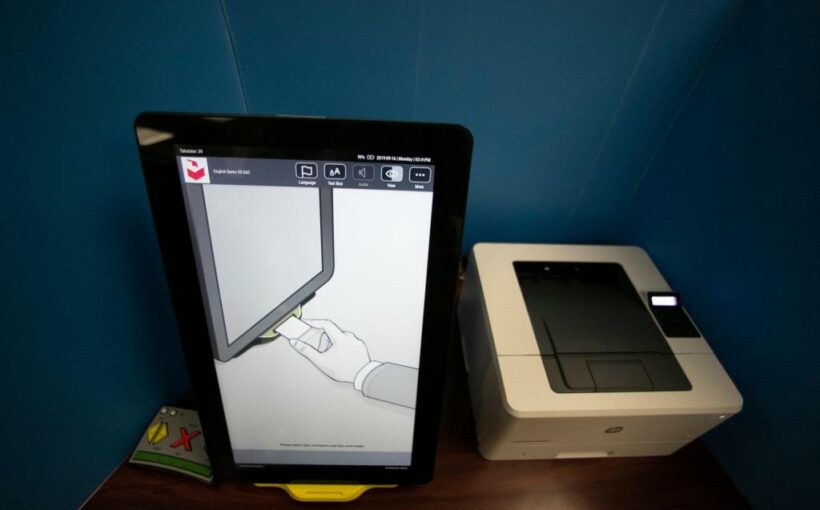 Denver-based Dominion Voting Systems sued two conservative television stations and a businessman on Tuesday, accusing them of defaming the election equipment company as they continue to spread claims that Dominion rigged the 2020 presidential election for President Joe Biden.

Dominion is suing the channel Newsmax in a Delaware state court and the channel One America News Network in a Washington, D.C., federal court, along with OAN’s owners and two on-air personalities. It is also suing Patrick Byrne, the former CEO of Overstock.com, in D.C. federal court, over a book Byrne wrote alleging former President Donald Trump won the election.

“This barrage of lies by the defendants and others has caused — and continues to cause — severe damage to our company, customers and employees,” Dominion CEO John Poulos said in a news release.

Newsmax said the station has not reviewed the lawsuit but defends its reporting.

“In its coverage of the 2020 presidential elections, Newsmax simply reported on allegations made by well-known public figures, including the president, his advisors and members of Congress,” the company said. “Dominion’s action today is a clear attempt to squelch such reporting and undermine a free press.”

This year has been a litigious one for Dominion. The company has filed seven lawsuits to date against high-profile accusers. Earlier this year, it sued pro-Trump attorneys Rudy Giuliani and Sidney Powell, businessman Mike Lindell and Fox News. Those lawsuits are ongoing.

Dominion employee Eric Coomer, who has been singled out in conspiracy theories, also has taken matters to court. In December, Coomer sued 14 defendants, including OAN and Newsmax, for defamation. The lawsuit against Newsmax was dropped after the station apologized in April.

Meanwhile, Dominion was sued in federal court by two Colorado attorneys who claimed the election was rigged. That class-action lawsuit was thrown out in April and the attorneys were ordered last week to pay Dominion and other defendants. The amount is yet to be determined.

Requests for comment from OAN and Byrne were not immediately answered Tuesday.