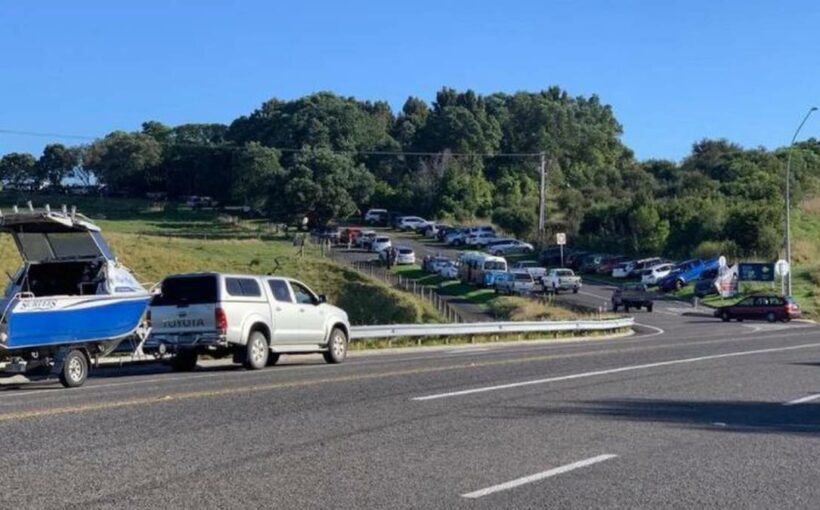 New Zealanders have been warned not to go sightseeing in coastal areas and stay put on higher ground as a tsunami warning and beach and marine threat stays in place for many regions.

Emergency Management Minister Kiri Allan said it had been “an extraordinary morning for New Zealanders” around the country with many up from 2.30am worried about their homes and families.

This follows three major earthquakes in the Pacific region – one off the East Coast of New Zealand and two near the Kermadecs. The third of these earthquakes, a magnitude 8.1 shake, has triggered an almost New Zealand-wide tsunami activity alert, with a particular warning for parts of Northland, Bay of Plenty and East Coast.

For Aucklanders who are near beaches, there has not been any notification that they should be evacuated – but it has a beach and marine threat so they should stay off the beach and out of the water.

Those North Island residents who have had to “pick up their homes and evacuate” had done exceptionally well, said Allan.

They knew to head into the highlands when they felt a long or strong earthquake, she said.

The entire town of Opotiki had been evacuated. Thousands of residents from other areas and towns had moved to higher ground.

She has been briefed by the national team in the bunker about the operations and called it a “dynamic event” that was constantly evolving.

Civil Defence in affected areas had been activated and were leading the responses on the ground, Allan said.

“People have done … the right thing in the regions by picking up, packing up and by and large staying calm.”

Those who have moved inland are being asked until there is the official all clear.

Allan said she knew people might get tired or bored but asked they not leave those areas.

National Emergency Management Agency controller Roger Ballsaid the severity of currents and surges would vary during the time that the warning was in effect for. “We ask that people don’t go sightseeing – this is important.”

Ball said the first waves could be smaller.

He asked that people stay 2m away from others if they are asked to evacuate.

GNS Science seismologist Bill Fry said there was no way to predict when the earthquakes would happen but they knew there could be more after the first one.

He said officials knew “time saves lives” so they aimed to respond quickly and get people evacuated.

The Government updating the tsunami threat to coastal New Zealand after a swarm of earthquakes earlier today.

The National Crisis Management Centre in the Beehive bunker was activated this morning after swarms of quakes in the Pacific, including a 8.1 quake in Kermadec Islands at 8.28am.

Tsunami warning for large parts of North Island coast – people near coast from the Bay of Islands to Whangārei, from Matatā to Tolaga Bay, Great Barrier Island, and west coast of the North Island from Cape Reinga to Ahipara told to move immediately.

The committee of government chief executives – known as the Officials Committee for Domestic and External Security Coordination (ODESC) – has not been coordinated at this stage.

A government spokesman said the group was at the ready in the event it needs to play a coordinating role in the event multiple agencies need to become involved.

Ball told Newstalk ZB’s Kerre McIvor that waves would be hitting in the far north from 10am.

Surges of 1-3 metres are expected, which can be dangerous on top of high tides.

Ball said it was a massive inconvenience, but it was not done lightly and had been done on basis of watching tsunamis in Indonesia and Japan.

“It can take lives, and cause great damage. We want people to take this seriously.”

Ball said police focus was on public safety and making sure people were looked after. He said people in areas who needed to evacuate had been sent emergency mobile alerts.

They only went to those people, and not others who did not need to evacuate.

Hundreds of workers, students and residents have headed to higher ground after a third, massive Pacific earthquake this morning – and a tsunami threat that affects much of the Northland, Bay of Plenty, East Coast and upper West Coast coastlines.

Residents were told to move immediately to higher ground after the magnitude 8.1 earthquake struck off the Kermadec Islands, 1000km northeast of New Zealand, at 8.28am (NZT).

There has been gridlock in cities such as Whangārei and on other roads around the affected regions but roads are clearing.