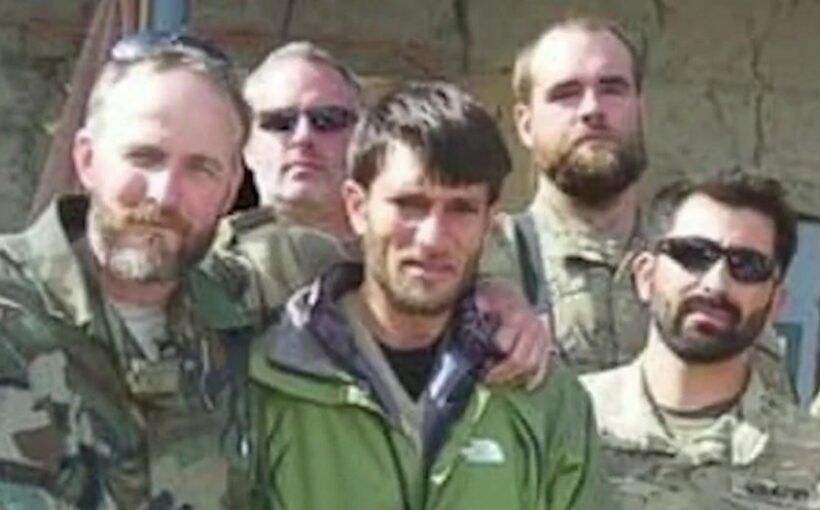 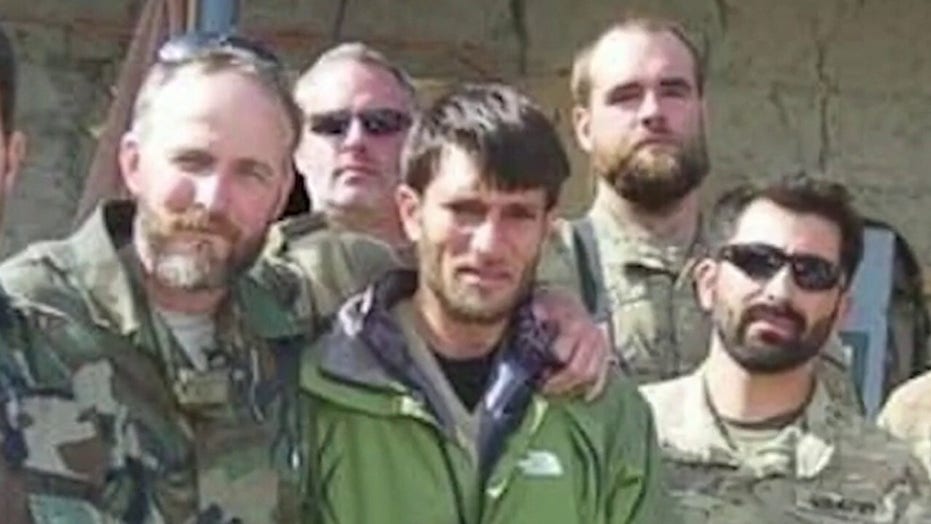 How US exit from Afghanistan will impact combat interpreters

EXCLUSIVE: Former President George W. Bush told Fox News he doesn’t think withdrawing U.S. troops from Afghanistan is “necessary,” saying he is “deeply concerned” that a “vacuum” will be created without a U.S. presence in the region.

President Biden, last month, announced that the U.S. will withdraw all its troops from Afghanistan on Sept. 11, the 20th anniversary of the 9/11 attacks.

During an exclusive interview with Fox News about his new book, “Out of Many, One: Portraits of America’s Immigrants,” Bush discussed Biden’s decision, referencing a portrait of Roya Mahoob, an Afghan woman who fled to Iran, escaping Taliban’s “brutal oppression” of women in Afghanistan.

“I’ve always warned that no U.S. presence in Afghanistan will create a vacuum, and into that vacuum is likely to come people who treat women as second class citizens,” Bush, who was president during the 9/11 attacks, told Fox News, saying he spoke to Mahoob after Biden’s announcement.

“She is very concerned,” Bush told Fox News. “And so, therefore, I am too.” 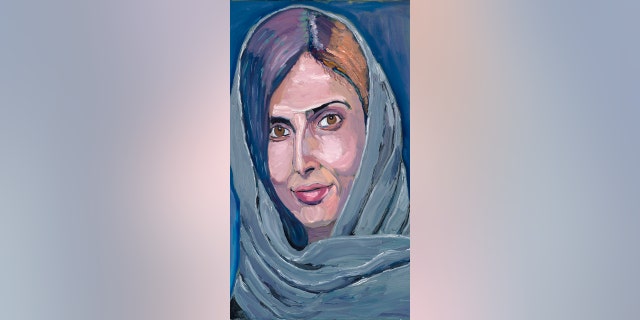 “I’m also deeply concerned about the sacrifices of our soldiers, and our intelligence community, will be forgotten,” Bush told Fox News.

“And you know, was it necessary? I don’t think so,” he continued. “But the decision has been made, and we now need to pray and hope that it is the right decision.”

Mahoob, during the retreat of al-Qaeda and the Taliban, was able to return with her family to Afghanistan in 2003, where she eventually was able to go to school, and start her own software development company, making her the first female tech CEO in her country. But her success caught the attention of the Taliban, making her a victim of threats, and forcing her to leave Afghanistan. Mahoob’s business partner ultimately sponsored her work visa, and she came to the United States.

“One of the great successes of the liberation of Afghanistan and the removal of al-Qaeda’s safe haven was that women and girls began to flourish in the country,” Bush told Fox News. “Mahoob is certainly one of them.” 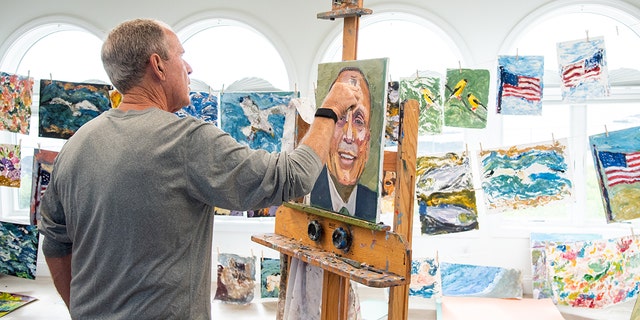 In the book, Bush writes that “Roya believes that the United States and our allies helped bring ‘light to the lives of millions of people who lived in darkness.'”

“As policymakers in the United States and allied countries make decisions about our future in Afghanistan, it is important to remember the stories of people like Roya and what life was like for them prior to 2001,” Bush writes.

“We all benefit when women and girls are empowered to realize their full potential and become contributing members of society,” he wrote. “And Laura and I will always stand behind them.”

“Out of Many, One” is a collection of stories and oil paintings by President George W. Bush, and spotlights the “inspiring journeys of America’s immigrants and the contributions they make to the life and prosperity of our nation.” 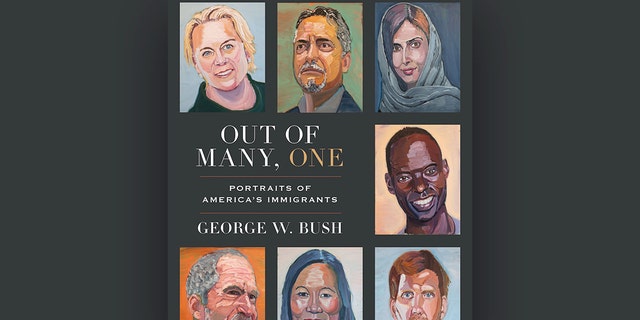 President George W. Bush’s book "Out of Many, One: Portraits of America’s Immigrants"

The book includes portraits and profiles of North Korean refugees fighting for human rights, a Dallas-based CEO who entered the U.S. from Mexico as a teenager, a NASA engineer who “as a girl in Nigeria dreamed of coming to America,” along with other notable figures in business, politics, sports and entertainment.

In the foreword, Bush writes that he hopes the book “will focus our collective attention on the positive impacts that immigrants are making on our country.”

Proceeds collected from the sale of the book are expected to benefit organizations mentioned throughout its pages that “help immigrants resettle, as well as the Bush Institute” and its work on immigration.