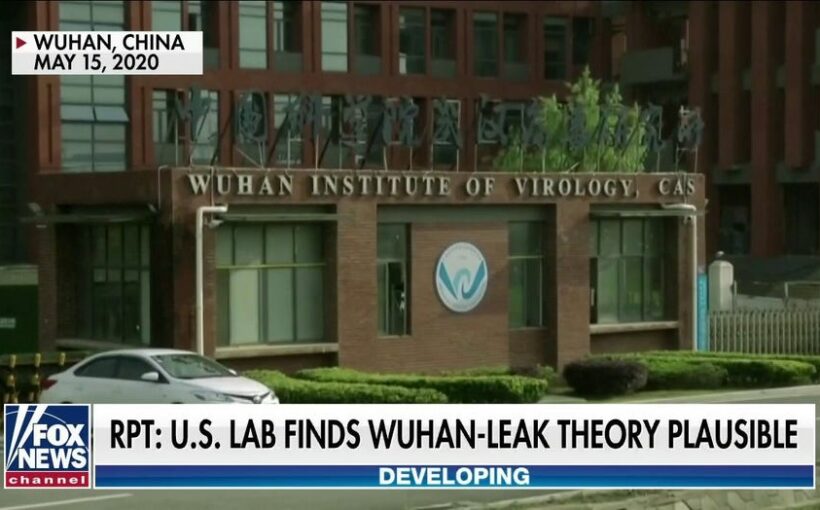 Once dismissed as a conspiracy theory, today a 60 percent majority believes COVID-19 was created by scientists and leaked from a lab in China, according to a Fox News survey.  That’s nearly double the 31 percent who think the pandemic started naturally.

That majority is largely comprised of 79 percent of Republicans and 58 percent of independents who blame a lab leak.  Forty-one percent of Democrats agree, while 46 percent believe the virus evolved from nature. 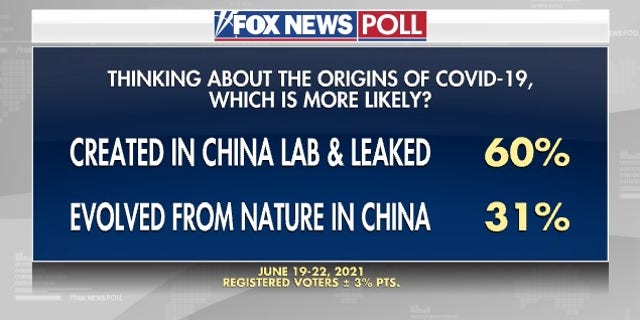 No direct scientific evidence has been made public that conclusively proves either perspective.

Half of voters (50 percent) believe coronavirus has permanently changed the way Americans live, while 42 percent think the change is temporary.  Just 6 percent think the pandemic didn’t really change things much at all. 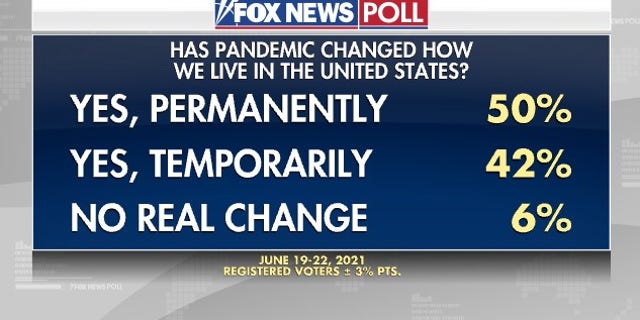 One of the biggest changes has been more people working from home — and 70 percent think that’s a good thing. 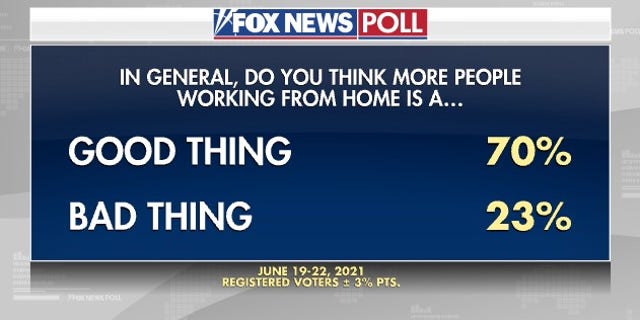 Meanwhile, 81 percent feel very or somewhat comfortable going to restaurants and stores.  That’s up significantly from 52 percent who felt that way a year ago.

By an 11-point margin, people who are not vaccinated are more likely than those who got the shot to say they feel “very” comfortable going out in public (49 percent vs. 38 percent). 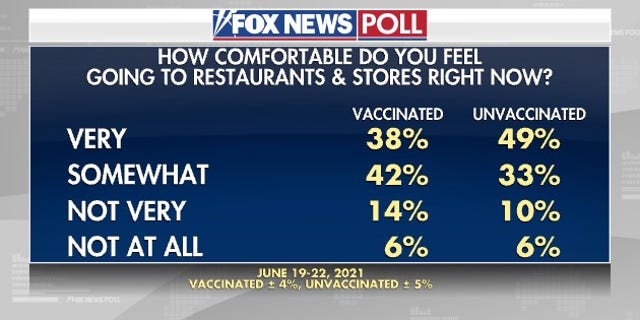 Overall, two-thirds of voters, 65 percent, report having received the COVID-19 vaccine.  Should that be a requirement?

By a 9-point margin, voters think employers should be able to require employees to get the shot (51-42 percent), but views are more divided when it comes to customers.  Forty-four percent think businesses should be allowed to require proof of either vaccination or a negative COVID test, while 49 percent disagree. 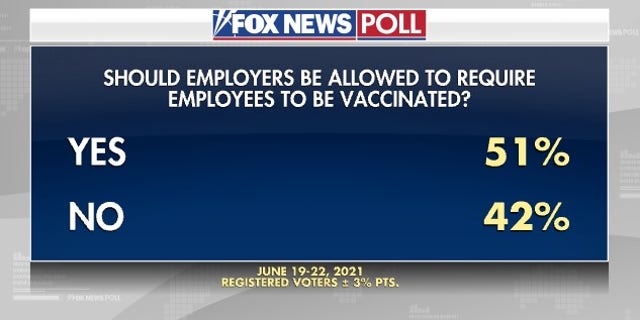 Democrats are much more likely than Republicans to support requiring vaccination of employees (69 vs. 37 percent) and customers (60 vs. 31 percent).

In addition, people who have gotten the jab are four times more likely than unvaccinated individuals to back a vaccine requirement for employees (70 vs. 17 percent) and customers (60 vs. 14 percent).

Voters approve of the job President Joe Biden is doing handling the pandemic by a wide 64-34 percent margin.  That’s unchanged from last month.  The pandemic has consistently been Biden’s best issue, in large part because roughly 4 in 10 Republicans join 9 in 10 Democrats in giving him positive marks.

On May 26, Biden ordered a review of intelligence about where the virus may have emerged.

Approval of the president’s overall job performance stands at 56 percent, with 43 percent of voters disapproving. 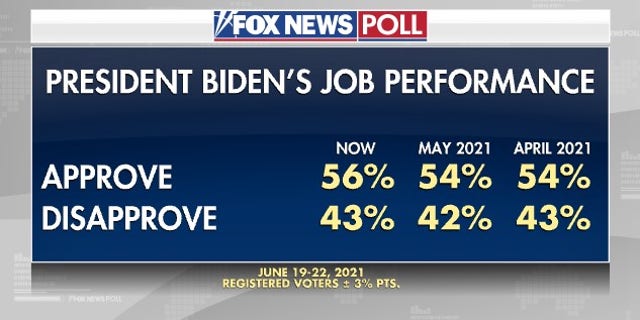 Conducted June 19-22, 2021 under the joint direction of Beacon Research (D) and Shaw & Company (R), this Fox News Poll includes interviews with 1,001 randomly chosen registered voters nationwide who spoke with live interviewers on both landlines and cellphones.  The total sample has a margin of sampling error of plus or minus three percentage points.