Home » Politics » Friday’s attack is the latest violence at the US Capitol, the site of shootings, bombings and riots over the last 50 years 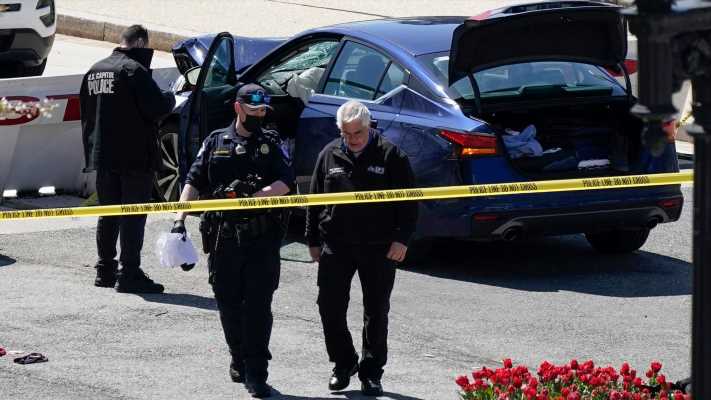 WASHINGTON – The U.S. Capitol has been the scene of horrific attacks, including the 1814 burning by British soldiers, the 1954 attack by Puerto Rican nationalists who shot and wounded five lawmakers in the House chamber, and the storming of the building by a pro-Trump mob in January.

Friday’s attack, where a driver rammed his car into two officers and a barricade near the Capitol, was the latest tragic episode. U.S. Capitol Police Officer William “Billy” Evans died from his injuries. The suspect, Noah Green, 25, died after being shot by police.

Here’s a look at other attacks on the Capitol in the last 50 years:

March 1, 1971 – A bomb planted in a restroom on the Senate side of the Capitol exploded causing damage but no deaths or injuries. The device was detonated by the leftist group, the Weather Underground, to protest the U.S.-backed invasion of Laos. 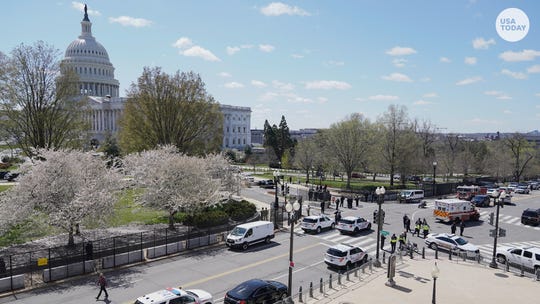 Shots were fired and the building was locked down. (Photo: USA TODAY)

Nov. 7, 1983: A bomb under a bench outside the Senate chamber planted by a leftist group exploded late at night, blowing the hinges off the door to the office of then-Senate Democratic leader Robert Byrd of West Virginia. The chamber was deserted and no one was hurt. Members of the group, known as the Resistance Conspiracy, were upset about U.S. military involvement in Lebanon and Grenada. They eventually were arrested but the bombing marked the beginning of tightened security measures throughout the Capitol.

July 24, 1998: A gunman, Russell Weston, rushed past a security checkpoint killing U.S. Capitol Officer Jacob J. Chestnut, Jr. A tourist was injured in the initial crossfire between the gunman and Capitol Police. In the ensuing chaos, the gunman killed a second officer – Detective John M. Gibson – after the assailant ran toward a door that led to the suites of then-House Majority Whip Tom DeLay of Texas.

Oct. 3, 2013: Miriam Carey, a 34-year-old dental hygienist from Connecticut suffering from mental illness, was killed by police after ramming a White House security barrier with her car and leading authorities on a 16-block chase to the Capitol with her year-old daughter in the vehicle. The girl survived.

Jan. 6: Supporters of President Donald Trump stormed the Capitol building just as lawmakers in both chambers were conducting a ceremonial count of Joe Biden’s Electoral College victory. The assault left five dead, including U.S. Capitol Police Officer Brian Sicknick, and scores of officers and assailants injured. The attack forced lawmakers and Vice President Mike Pence to flee to safety and temporarily suspended the count but they returned that evening to affirm Biden’s win.

April 2: Evans was killed and another officer remains hospitalized after a man rammed a car into a security barrier near the U.S. Capitol building. Police said the man, later identified as Green, drove his vehicle into two USCP officers near the barrier on Constitution Avenue. After Green exited the car, he brandished a knife and lunged towards officers before being shot and killed.