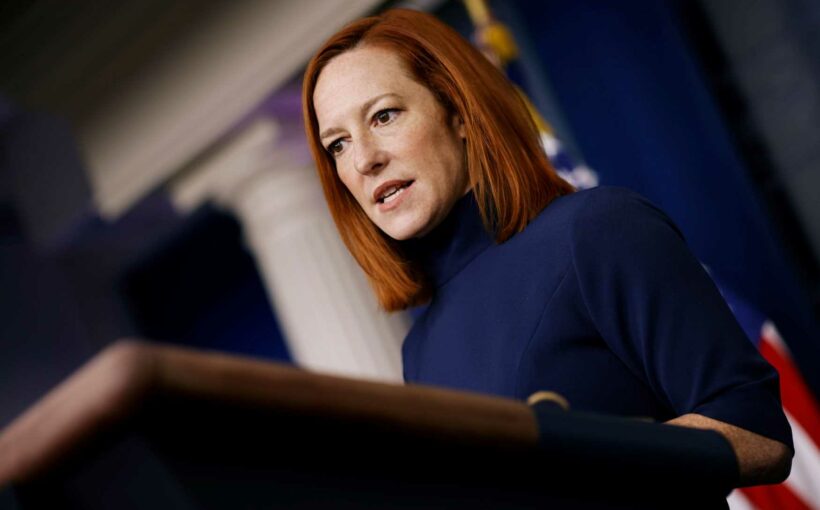 The Biden administration is not considering a hike to the federal gasoline tax as a way to help pay for its landmark infrastructure proposal, according to the White House's top spokeswoman.

The subject of the gasoline tax came up during press secretary Jen Psaki's briefing Tuesday afternoon, when a reporter asked her to address reports on Monday that suggested President Joe Biden could be open to raising the gas tax from its current 18.4 cents per gallon.

"In yesterday's meeting with members of Congress, the president mentioned the gas tax only to make a point that even a significant increase in the gas tax, which some people have proposed, would pay only for a fraction of the investment the country needs," she said.

"Now, fundamentally, he does not believe that paying for this historic investment in rebuilding our nation's infrastructure and creating millions of jobs should be on the backs of Americans."

Asked to confirm that a gas tax hike is not being discussed right now, Psaki answered: "Correct."

That the White House is not considering an increase to the gas tax is notable given the early hurdles the administration faces in trying to sell its plan to Capitol Hill.

Republican and Democrats like the idea of repairing the nation's roads and bridges, expanding access to broadband and ensuring access to job training. But the Biden plan's $2 trillion price tag have politicians in both parties concerned about the scope of the proposal and ways to pay for what would be another multitrillion-dollar fiscal stimulus.

To date, the White House has floated the idea of raising the corporate tax rate to 28% from 21% and has sought to deter offshoring of business profits.

Biden, who met with a bipartisan group of lawmakers on Monday about the infrastructure plan, has said he will engage with Republicans skeptical of the American Jobs Plan and hear their criticisms. Still, the president has warned that he is willing to move forward on the plan without Republican votes because he views the plan as critical to the economy's recovery from the Covid-19 pandemic.

The gas tax concept is often criticized for having a disproportionate impact on rural and low-income communities. It also wouldn't be a viable long-term option for an administration hoping to persuade more Americans to trade their gas-powered cars for electric vehicles.

Other than a gas tax, Biden could opt to explore income taxes, a mileage tax, monetizing the electrical grid or financing the plan by covering the interest costs associated with taxable municipal bonds.