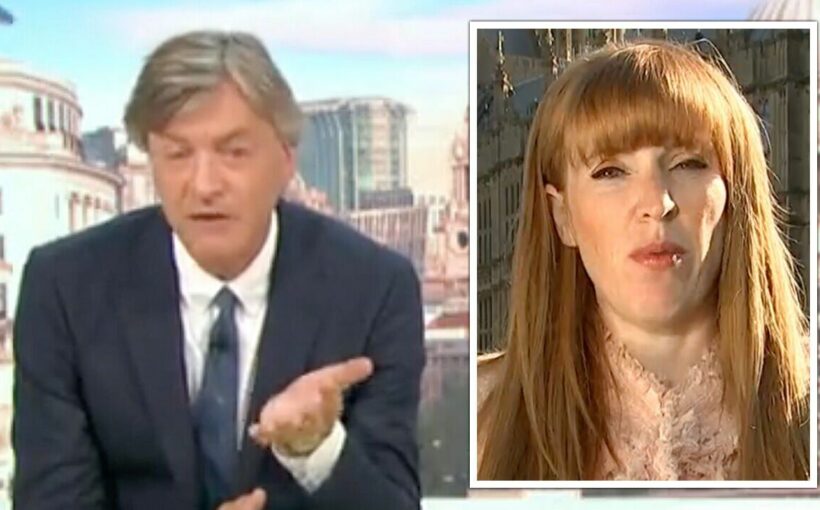 Angela Rayner renewed her calls for Boris Johnson to quit after the Prime Minister was handed a humiliating victory in an internal no-confidence vote. While surviving the ballot, the Prime Minister now faces 41 percent of his own MPs having lost confidence in him over the Partygate scandal. But Good Morning Britain host Richard Madeley pointed out Mr Johnson’s resignation could ultimately backfire on the Labour Party.

Mr Madeley pointed out that keeping a disgraced Prime Minister in Number 10 could ramp up Labour’s chances of securing a win at the next general election.

But Ms Rayner maintained Boris Johnson had shown he lacked the morals needed to remain in office.