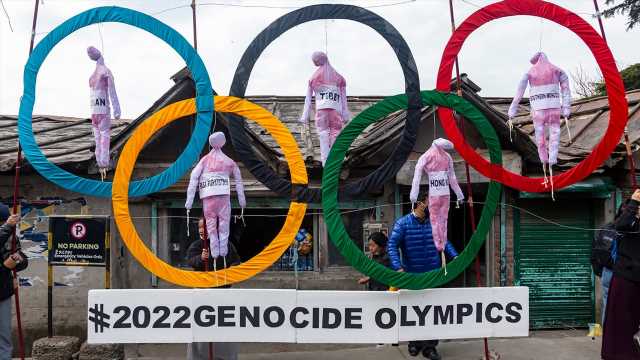 Republican senators push resolution to move 2022 Olympics away from Beijing

EXCLUSIVE: Republican Sen. Rick Scott is urging Olympic sponsors to demand the 2022 Winter Games be moved from Beijing amid human rights abuses and alleged genocide against Uyghur Muslims and ethnic minorities in China.

“As a sponsor of the IOC, you are uniquely positioned to join in this fight and demand the IOC stand for human rights and remove the games from Communist China, or lose your sponsorship and support,” Scott wrote to the companies Tuesday.

A coalition of 150 human rights campaigners also issued an open letter to sponsors asking them to drop their support for the 2022 games.

“I am sure you agree the crimes committed by General Secretary Xi are horrific. We cannot give a nation that is so overtly abusing human rights a platform to whitewash its crimes by hosting the Olympic Games,” Scott wrote. “Therefore, I am asking you to stand for human rights and freedom, and use your considerable leverage as a sponsor of the 2022 Olympic Games to publicly urge the IOC to move the games to a nation that values human dignity and freedom.”

Scott added that if the IOC “continues to refuse, and you continue to serve as a sponsor, you will be signaling your support for a regime that is committing genocide.” 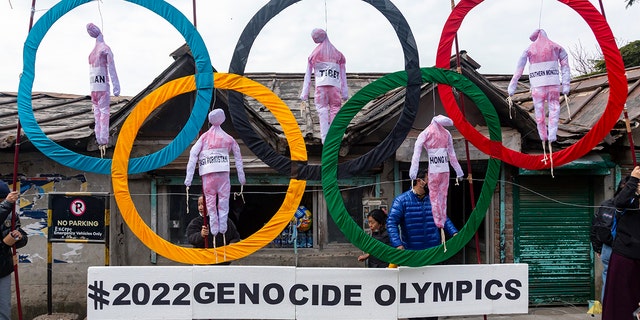 In an exclusive interview with Fox News Tuesday, Scott said he believed the sponsors would join in the calls to move the Olympic Games out of Beijing.

“I don’t think anybody should want to be affiliated with a government that commits genocide against its own people,” Scott told Fox News, calling the abuses toward Uyghurs “disgusting.”

“I am hopeful that the sponsors will see it is not in their best interest to be affiliated with a despicable government like this,” he said.

Scott said if the companies work with the Chinese Communist Party, “they are turning a blind eye to genocide.”

Scott has been vocal in leading the push to move the Olympic Games out of Beijing but maintained that the United States should not boycott the competition, as some Republican lawmakers have called for.

“Boycotts hurt our athletes,” he said. “We need to move these games. It is not fair to expect our athletes to boycott something they’ve planned their whole lives around.”

Last month, Scott requested a meeting with President Biden to discuss moving the Olympic Games but told Fox News he has yet to receive any response from the White House.

“The White House has been doing nothing,” Scott told Fox News. “I asked for a meeting to talk to President Biden about this and he has not responded.”

Biden administration officials last week engaged in tense bilateral talks with the Chinese delegation in Alaska, but Scott said he “did not hear” that the issue of the Olympics was raised, describing the lack of conversation on the topic “very disappointing.”

The Biden administration this week, though, imposed new sanctions on Chinese government officials over “serious human rights abuse” against ethnic minorities in the Xinjiang Uyghur Autonomous Region and warned that China will continue to face consequences should the “atrocities” continue.

The Biden administration’s actions Monday complemented actions also taken by the European Union, the United Kingdom and Canada, which imposed sanctions on these individuals and others.

Meanwhile, the White House said the administration continues “to have grave concerns against China’s crimes against humanity and genocide” on Uyghurs.

“This is an issue, and it was an issue raised by the president in his conversation with the Chinese president a few weeks ago,” White House press secretary Jen Psaki said.

Biden spoke to Chinese President Xi Jinping for the first time since taking office last month and outlined his “core concerns” with China’s “aggressive activities and abuses,” according to senior administration officials.

And a number of Biden administration officials, including Secretary of State Antony Blinken and National Security adviser Jake Sullivan, have signaled that China poses one of the greatest national security threats to the United States. Officials in the Trump administration also warned of China’s national security threat to the U.S. – with many agreeing it is a bipartisan issue.

When asked whether the U.S. will impose further sanctions, Psaki said sanctions “are meant to deter behavior” but would not “rule in or rule out any actions” so early in the administration.

The White House said the Biden administration is ready to have a “frank conversation” with China and is negotiating from a position of “strength.”

But Scott was critical of the new administration’s approach to China.

“They have done nothing,” Scott said. “The Biden administration is a bunch of appeasers.”

Meanwhile, Scott said he intends to follow up with the White House and with IOC sponsors as well as continue his conversations with leaders around the world about moving the Olympic Games.

“I am hoping the Biden administration will do something about this,” he said. “And as for the companies, they are U.S. and international companies. I think the companies will eventually say the Olympics have to be moved because it is going to impact their brands.”

“It is going to happen,” Scott said of the Olympics eventually being moved. “It is not a direct path, but it is part of what I do every day because I believe the world should not be going to Communist China when it is committing genocide.”

He added: “I believe there will be world leaders who say we can’t do this — political and business leaders — this is disgusting.”