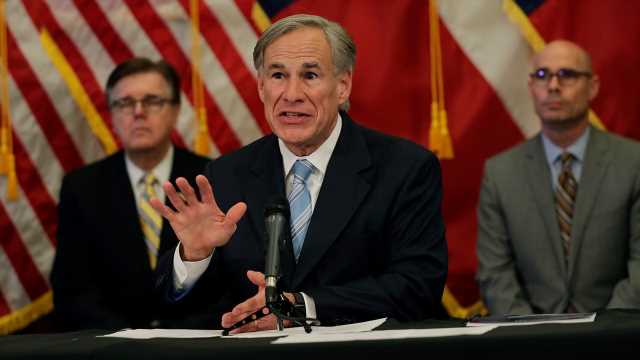 Calling it “anything but reliable,” Texas Gov. Greg Abbott ordered an investigation into the Electric Reliability Council of Texas (ERCOT) amid statewide blackouts in freezing temperatures.

“Far too many Texans are without power and heat for their homes as our state faces freezing temperatures and severe winter weather. This is unacceptable,” Abbott wrote in a statement.

“I have issued an executive order to review the preparations and decisions by ERCOT so we can determine what caused this problem and find long-term solutions.”

ERCOT is facing fire for its management of the state’s power grid after 4.1 million people were left without power amid record snow and subzero temperatures. Some had been without power for more than 24 hours after generating stations went offline Monday. The outages also shut down water treatment plants, and hundreds of thousands were instructed to boil water before using it.

The rare arctic air that blasted into Texas resulted in record-breaking demand for power, causing the state’s electric system to fail. Energy suppliers planned to use rolling blackouts to deal with the demand, but the system was overwhelmed.

Expectations that the outages would be shared evenly for 10-15 minutes at a time by the state’s 30 million residents quickly gave way to a cold reality, as pockets in some of America’s largest cities, including San Antonio, Dallas, and Austin were left to shoulder the lasting brunt of a catastrophic power failure and in subfreezing conditions that Texas’ grid operators had known was coming.

On Monday night, ERCOT instructed utilities such as Oncor to shut off more power instead of the expected restorations.

Oncor released a statement saying it couldn’t rotate through the outages Monday night because of “poor grid conditions,” and warned residents to prepare for “extended periods without power.”

“At this time, ERCOT is unable to predict when grid conditions will stabilize, and urges all customers to be prepared for extended outages to continue,” the release continued.

“We needed to step in and make sure that we were not going to end up with Texas in a blackout, which could keep without folks without power — not just some people without power but everyone in our region without power — for much, much longer than we believe this event is going to last, as long and as difficult as this event is right now,” ERCOT CEO Bill Magness said.

At least 10 deaths have been reported in light of the storm and resulting blackouts. More freezing weather is expected to hit the state Wednesday and some areas will see more snow.

State Rep. Gene Wu said that ERCOT told lawmakers it knew last week that controlled outages would be needed, but ERCOT did not tell the public until Sunday.

Magness agreed with the need for a “significant review” of the blackouts.

“What we saw this week is a historic unprecedented weather event,” Magness said. “There will and there should be a significant review of this event.”

Thirty-five warming shelters were opened to accommodate more than 1,000 people around the state, FEMA said during a briefing. But even they weren’t spared from the outages, as Houston was forced to close two on Monday because of a loss in power.