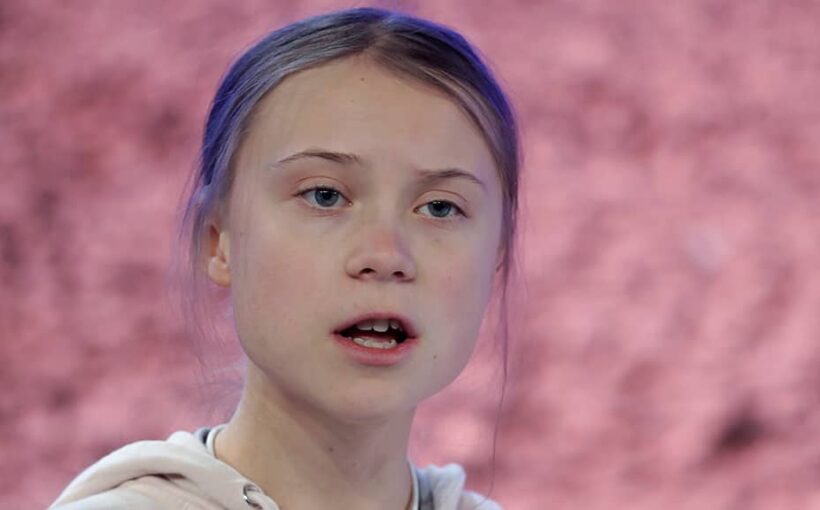 “The year is 2021, the fact that we are even having this discussion and even more that we are still subsidizing fossil fuels directly or indirectly using taxpayer money is a disgrace. It is clear proof we have not understood the climate emergency at all,” Thunberg said before the House Oversight Environment Subcommittee’s Earth day hearing on fossil fuel subsidies.

“We need to completely divest from fossil fuels, keep carbon in the ground … The U.S. is the biggest emitter in history, that is not my opinion, it is what the science clearly shows,” Thunberg said.

Still, the teenage activist expressed doubt that the U.S. would take action at all. “I don’t believe for a second that you will actually do this. The climate crisis does not exist in public debate today,” Thunberg said. “Awareness is so absurdly low that you will still get away with continuing to contribute to the destruction of current and future living conditions.”

Republican Rep. Ralph Norman, S.C., the panel’s ranking member, accused Democrats, who brought in Thunberg for testimony, of playing up ‘doomsday scenarios’ on climate change. “In the past when you talk about climate change, you have said, quote, ‘I want you to panic, I want you to feel the fear I feel every day. What particular study or scientific report did you read that made you come to that conclusion?” Norman asked Thunberg.

“Let me just clear that those are metaphors in speeches. You often use metaphors,” Thunberg replied. “Of course I don’t mean literally that I want people to panic.”

“So there was no scientific study that made me come to that conclusion,” she added.

The hearing comes as the Treasury Department proposed eliminating some tax incentives for oil, gas and coal to help pay for President Biden’s $2.2 trillion infrastructure and climate bill, the American Jobs Plan. That plan promises to eliminate “special preferences” such as “subsidies, loopholes, and special foreign tax credits for the fossil fuel industry,” but some Democrats do not think it goes far enough.

Norman then asked the activist what the U.S. impact would be without similar efforts from China and India. Thunberg said the U.S. needed to lead by example.

“So China, a communist nation that practices genocide, they will just watch America and then will just voluntarily reduce their emissions?” Norman asked.

Thunberg said the U.S. should “try to create a global pressure on China, so they have to take action. We can’t just go there and ask them to do that.”

“Well, there’s nothing in the [infrastructure] bill that puts any other pressure,” Norman said.

Frank Macchiarola of the American Petroleum Institute argued before the committee argued that the energy industry is already reducing emissions, in part by heavily utilizing natural gas, which is cleaner than other fossil fuels. “The U.S. is the leader in energy production and sinking CO2 emissions.”

“Oil and natural gas are still projected to provide 46  percent the world’s energy in 2040,” Macchiarola said. “Whether this will come from right here at home or overseas has profound implications for our nation’s future.”