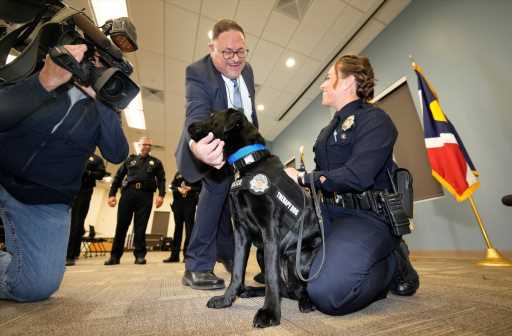 Mayor Michael Hancock’s nominee to replace Denver’s outgoing public safety director is a safety department official who has been at the forefront of efforts to stop encampments of unhoused people from forming in the city.

Armando Saldate is Hancock’s choice to replace Murphy Robinson, according to an email from the mayor’s deputy chief of staff Skye Stuart that was obtained by The Denver Post on Wednesday.

Robinson announced last month he would be stepping down as the city’s executive director of public safety after being appointed in Jan. 2020. Robinson’s predecessor, Troy Riggs, also held the position for two years before leaving.

Saldate is currently working as an assistant deputy in Robinson’s office, according to the email.

“He has an impressive background in law enforcement, and I believe many of you have worked closely with Armando over the last couple of years addressing community issues in your districts,” Stuart wrote in her email, sent Wednesday to City Councilmembers.

If the council approves Saldate’s nomination, he would be tasked with leading a wing of city government that includes the city’s police, fire and sheriff’s departments as well and 911 emergency dispatch services, jails and more.

“I believe that Armando is dedicated to improving how our Departments of Safety operate with an eye on equity and anti-racist approaches,” City Council President Stacie Gilmore said in a text message Wednesday after a Denver Post reporter contacted her about the email. “His leadership during this time will enable the community and City Council to work in partnership to support what is working and to begin to change those policies that no longer provide for everyone’s public safety.”

Saldate previously worked as the performance improvement manager for the Denver Department of Public Safety, according to a biography of him posted on the city’s website. He ran the department’s Street Enforcement Team, a group of civilians given the power to issue citations for violations of municipal codes like the camping ban, trespassing and being in a closed park.

Saldate was also one of the safety department’s representatives on the community-led Reimagine Policing and Public Safety Task Force. The group formed after massive protests in Denver in 2020 following the murder of George Floyd by a Minneapolis police officer, but Robinson pulled all safety department staff from the discussion group last year after a disagreement.

Prior to joining the Department of Public Safety administration, Saldate worked for the Denver Sheriff Department as an investigator and manager of the internal affairs bureau, according to the city biography.

Saldate worked as a detective with the Phoenix Police Department for 20 years before moving to Denver.