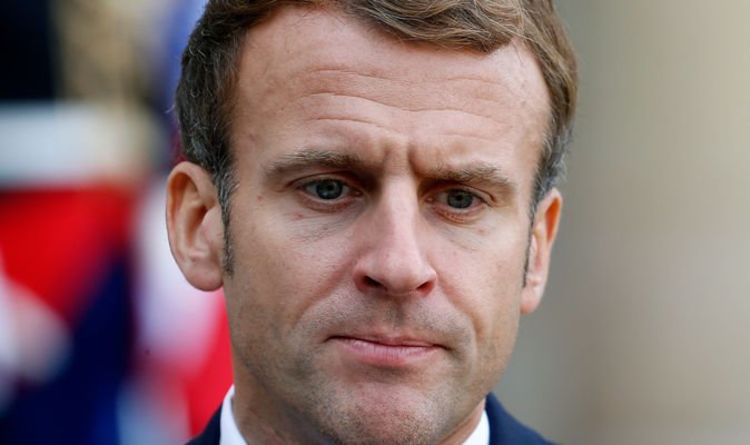 French President Emmanuel Macron announced on Monday he had extended the deadline for sanctions in order to continue discussions with the EU and UK over post-Brexit fishing licences for French boats in British waters.

The change of stance came shortly after confirming a midnight deadline, with the French President saying: “If the British do not make any movement, obviously the measures planned from Nov 2 will have to be implemented.”

The UK, in “solutions mode”, said it was “glad that France has stepped back”.

“His bluff was called and unsurprisingly he lost his bottle, especially as the EU told him he couldn’t hide behind its skirt as he was in the wrong and would have to face the consequences.

“Clearly a win for UK diplomacy, but it should be an important lesson for the EU.

“History should tell them that Britain does not yield to threats.”

John Jackson said: “Whatever is agreed this week, Emmanuel Macron will sell it to his voters as victory for his hard-line stance.

“Let’s make zero concessions and stick to the letter of the Brexit agreement and call their bluff.

“They will do nothing without the support of the rest of the EU, which is unlikely to be forthcoming. Any caving now by us will only show weakness and lead to continuous problems in future.

“There are plenty of actions that can be taken if they carry out their threats to prevent our boats landing, cut off power to Jersey, or delay lorries exporting from the UK.

“We will have the law on our side.”

David Lewis added: “The French once again proving to be all mouth?

“Well, I’d like to say I’m shocked but we knew they wouldn’t do anything.”

Another one claimed: “Macron is lacking credibility trying to attack everyone, Australia the other day, UK most days.

“Perhaps should sort out the sh** show in his own country before preaching.”

George Laird said: “I think that Macron’s nonsense is all down to the upcoming election.”

The UK government views Mr Macron’s approach in the dispute, with eurosceptics Marine Le Pen and Eric Zemmour rising in the polls ahead of next year’s election, as a way to strengthen his stand.

France, meanwhile, accuses Mr Johnson of targeting France to deflect the public’s attention from the “domestic problems” brought by Brexit.

The two countries, each for its own reasons, constantly blame one another for fuelling the fishing row.

According to a UK government statement, the pair “discussed the range of difficulties arising from the application of the agreements between the UK and the EU” but did not reach a final agreement.

Discussions will continue next week.