Home » House and Senate Democrats propose a bill to expand the Supreme Court. 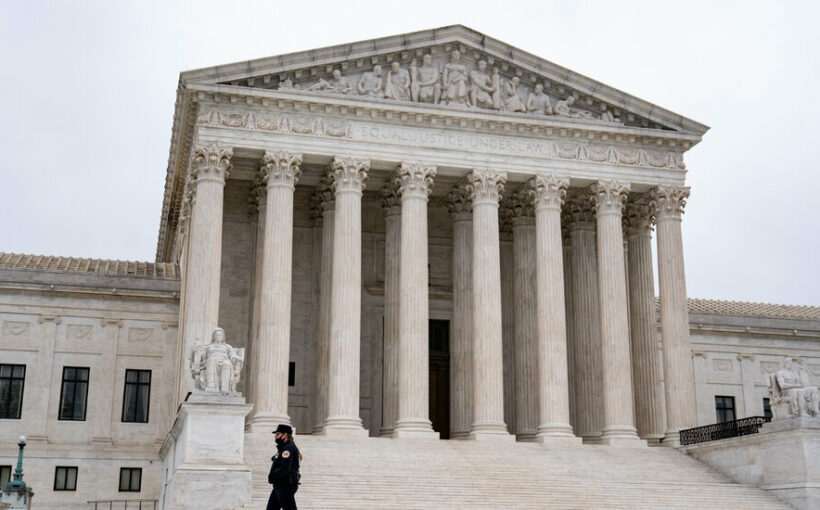 A group of House and Senate Democrats on Thursday introduced legislation to expand the Supreme Court from 9 members to 13, trying to spur momentum for the first change in the makeup of the court in 150 years.

They were to appear Thursday morning on the steps of the Supreme Court to unveil the bill.

“Republicans stole the court’s majority, with Justice Amy Coney Barrett’s confirmation completing their crime spree,” Senator Edward J. Markey, Democrat of Massachusetts, a sponsor of the legislation, said in a statement announcing it. “Senate Republicans have politicized the Supreme Court, undermined its legitimacy, and threatened the rights of millions of Americans, especially people of color, women, and our immigrant communities.”

With the filibuster in place, the legislation stands no chance in the Senate, where it is hotly opposed by Republicans who say that Democrats are trying to “pack” the court to gain partisan advantage. It is also unlikely to make much progress before a new commission created last week by President Biden delivers its report, ordered within six months, on potential changes to the court. But proponents of expanding the court hope to use the legislation to generate more support for an overhaul.

Representative Jerrold Nadler, Democrat of New York and the chairman of the Judiciary Committee, said it made sense to enlarge the court given its complex workload and the growth of the federal court system since the makeup of the high court was last changed in 1869. The size of the court is set by law, not the Constitution, and it was changed multiple times in the early days of the nation.

“Nine justices may have made sense in the nineteenth century when there were only nine circuits, and many of our most important federal laws — covering everything from civil rights, to antitrust, the internet, financial regulation, health care, immigration, and white collar crime — simply did not exist, and did not require adjudication by the Supreme Court,” said Mr. Nadler, another sponsor of the bill. “But the logic behind having only nine justices is much weaker today, when there are 13 circuits.”

Mr. Biden has been dismissive in the past about calls to expand the court. But it became a major issue in the presidential primaries, and his promise to create a commission to explore the idea was his way of avoiding taking a definitive stance on the issue. The commission is not expected to deliver a recommendation on what to do, but instead gather information on the implications of enlarging the court or imposing term limits on justices who now serve for life.

Republicans are pushing back forcefully on the idea. A group of House Republicans has proposed a constitutional amendment fixing the membership of the court at nine justices. And the Judicial Crisis Network, a conservative advocacy group, on Thursday launched what it said would be a $1 million advertising campaign criticizing Mr. Biden for exploring a change in the makeup of the court after resisting the idea for years.