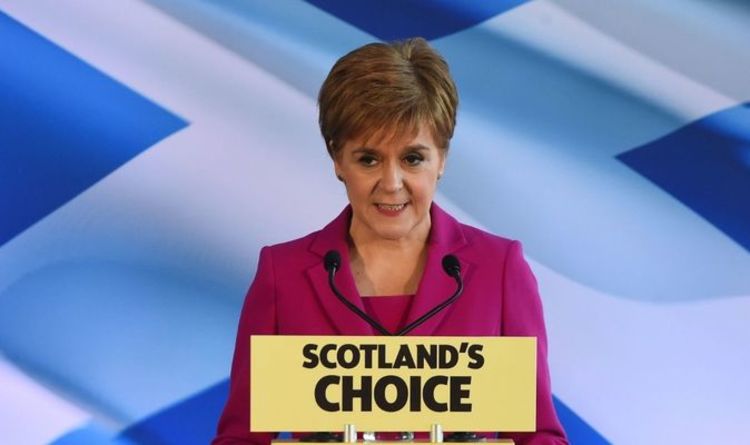 Breaking up the 300-year-old union between England and Scotland could severely damage Scotland’s economy, a leading economist appointed to Sturgeon’s panel of advisers has warned. One of Ms Sturgeon’s own advisors has admitted the economic fallout from blowing apart the union could be the “biggest Brexit in history.”

Professor Mark Blyth is a member of Ms Sturgeon’s council of economic advisers – he has warned of the dire economic consequences of independence.

In an interview with the Foreign Press Association, Professor Blyth said untangling centuries of economic integration between England and Scotland would “hurt a lot”.

He said: “If your argument is that we need to do this because of Brexit, then Scotland separated from England is the biggest Brexit in history.

The appetite for Scottish independence has fallen according to the latest polls.

Currently, more Scots appear in favour of staying in the union rather than leaving it.

Whilst nine percent said they didn’t know how they would vote.

The poll found a clear correlation between age and voting intention.

As expected, younger voters were more inclined to vote yes to independence, than their older counterparts.

Whilst only 29 percent of respondents aged 65 and above would vote the same way.

Despite Ms Sturgeon’s eagerness to hold a referendum, most Scots think now is the wrong time to hold an independence vote.

According to the poll, 47 percent of Scots would oppose a referendum being called next year, with 33 percent opposing it strongly.

Just 40 percent said they would support a referendum being held next year.

Alex Apati of Ladbrokes said: “Nicola Sturgeon may well get her wish for another referendum as early as next year, but the odds suggest it’s unlikely to be the result she wants.”

Ladbrokes has said the odds of Scotland to vote YES to independence before 2023 are just 16/1.

It seems savvy Scots echo Boris Johnson’s ideas “this is not the time” for a referendum.