Home » Politics » In the Wake of Boulder Massacre, Gabby Giffords Recalls Surviving Her Own Mass Shooting: ‘This Is Not Normal’ 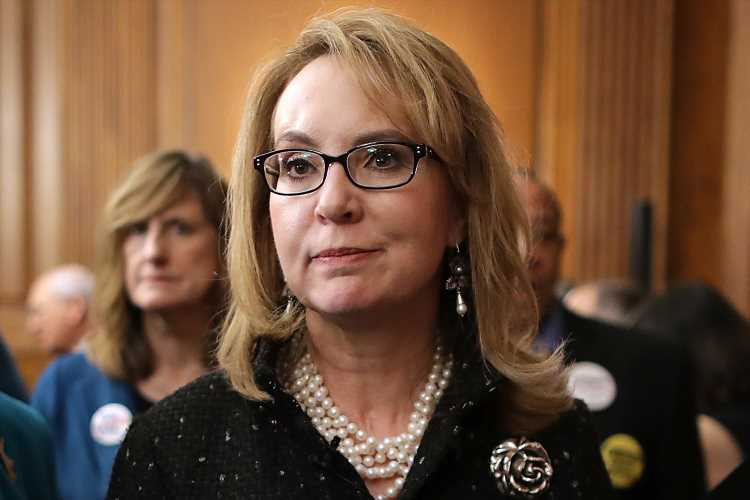 After 10 people were killed in a Boulder, Colorado, grocery store on Monday, Gabby Giffords, a former lawmaker and mass shooting survivor, pleaded with politicians to "take action" as she invoked her own story.

"Today it's a tragedy in Boulder, Colorado. This past weekend it was a house party in Philadelphia. And last week it was an armed attack on Asian American women in the Atlanta area," Giffords, 50, wrote. "It doesn't have to be this way. It's beyond time for our leaders to take action."

She continued: "My heart sinks for those waiting for news of their family and friends in Boulder. As we receive more information, we must remember that every victim has a name. They had hopes, dreams, and people who loved them. They are no longer with us because of preventable tragedies."

"This is an especially personal tragedy for me," the former Arizona representative added. "I survived a shooting at a grocery store that devastated my beloved Tucson. It's been 10 years and countless communities have faced something similar. This is not normal."

In a statement issued on her website, Giffords expanded on the "desperate need for action on gun violence."

A decade ago, a gunman opened fire on a group of people meeting with then-Rep. Giffords, killing six of them and gravely wounding her.

Giffords was shot in the head during the mass shooting, which killed a Judge John Roll and a 9-year-old named Christina-Taylor Green, among others. Thirteen people were injured. (The gunman remains in prison.)

After going through an extensive recovery, Giffords returned to the House floor seven months later, in August 2011, to a standing ovation.

She resigned in January 2012 to focus on her rehabilitation but has remained vocal about gun violence reform.

Earlier this year, Giffords marked the ten-year anniversary of the attack with a series of statements and interviews as well as a virtual memorial ceremony.

"Ten years ago, my life and my community changed forever. I was shot in the head, six people were killed, 12 others injured," she wrote in January. "But the attack did not break me—or the people I represented in Congress. We came together, turned pain into purpose, and found hope in each other."

In 2016, the organization merged with the Law Center to Prevent Gun Violence to become the Giffords Law Center.

A Monday statement noted that Giffords Law Center Executive Director Robyn Thomas will testify before the Senate Judiciary Committee in a Tuesday hearing on gun violence prevention, in which she will "highlight actionable, research-proven solutions to reducing gun violence in America."

Boulder police confirmed that 10 people were killed in the grocery store shooting on Monday, sharing a statement on their Twitter account that night: "Chief: Our hearts go out to all families impacted. There are 10 fatalities."

Authorities identified one of the victims as Boulder Police Officer Eric Talley, who was one of the first to respond to the scene.