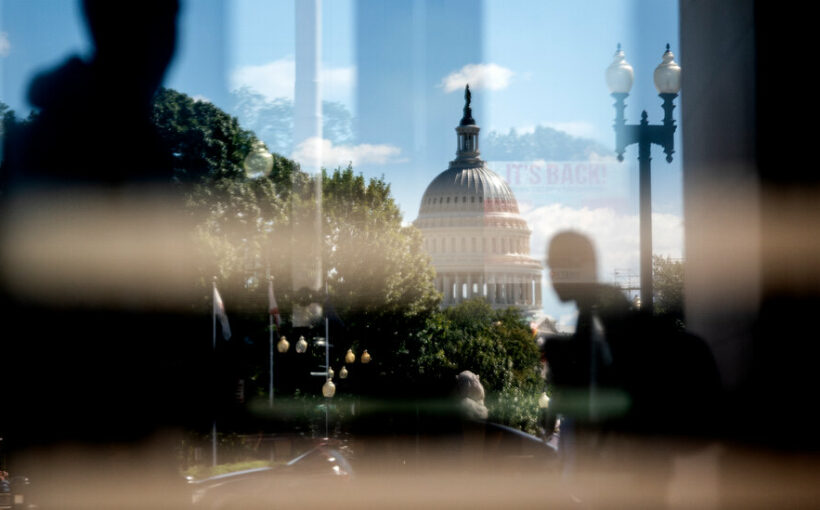 WASHINGTON — A cluster of satellites operated by an American company called HawkEye 360 looked down on the Middle East early this year and discovered radar and radio waves associated with a Chinese-based fishing fleet off the coast of Oman.

When the company matched the data up with information from NASA satellites that track light sources on the Earth’s surface, it discovered the vessels were using powerful lights — a telltale sign of squid hunting — as they surreptitiously sailed into Oman’s fishing waters with their tracking transponders turned off.

The surveillance was something of a technological test — in this case the company did not notify either Oman or China. But the work, company officials said, demonstrated the kinds of intelligence that can be gleaned from their satellites, which have also detected military activity on the border between China and India, tracked poachers in Africa for wildlife groups and followed the satellite phones used by smugglers working refugee routes.

With Congress pushing the Biden administration to make more use of commercial satellites, intelligence officials are starting to award new contracts to show they can augment the capabilities of highly classified spy satellites with the increasingly sophisticated services available from the private sector.

On Monday, the National Geospatial-Intelligence Agency announced that it had awarded a $10 million contract to HawkEye 360 to track and map radio frequency emissions around the world, information the company says will help identify weapons trafficking, foreign military activity and drug smuggling.

The contract follows a study contract awarded to the company by the National Reconnaissance Office in 2019.

The exact capabilities of the government’s satellites are closely guarded secrets. However, during the previous administration, President Donald J. Trump posted on Twitter a picture of an Iranian launch site taken by a classified American satellite that had been included in his intelligence brief. The picture was far more detailed than commercial satellite pictures of the same site.

The Senate version of this year’s Intelligence Authorization Act contains provisions to increase spending on commercial satellite programs. While the leadership of intelligence agencies is on board, there is still reluctance in some corners of the agencies to embrace commercial technology, according to congressional aides.

Current and former congressional officials acknowledge that the most exquisite and cutting-edge intelligence technology is still designed and operated by the government. But commercial start-up companies are offering ways to cheaply cover much of the world, relieving the workload from the most important government satellites.

The new intelligence bill, if approved by Congress this year, would set up an innovation fund that should make it easier for the National Reconnaissance Office to purchase more commercial capabilities faster and push the National Geospatial-Intelligence Agency to experiment more with awarding outside contracts to analyze a variety of imagery.

Mac Thornberry, the former Republican chairman of the House Armed Services Committee who now sits on the HawkEye advisory board, said part of the problem was a reluctance within the government to use a lesser, but far cheaper, product for intelligence collection and analysis.

“Commercial imagery is a great way to keep our eye on what’s happening, so that the more exquisite government systems can be focused elsewhere but we still don’t go blind,” Mr. Thornberry said. “But there is still a cultural discomfort with relying on something that you don’t have control over, or as much control, as you do over your government systems.”

Government officials should realize that a $10 million commercial satellite is not a competitor to the $1 billion satellite built by the U.S. government, Mr. Thornberry said. The cheaper satellite can provide backup as well as help the government satellites work more efficiently.

“If somebody decides to knock our billion-dollar satellites out of the sky or to blind them in some way, we’ve got to make sure we’ve got some backup so that we’re not totally blind,” Mr. Thornberry said.

The resiliency of a system that combines both big and small satellites, government-built and commercial systems is a key part of the strategy at the National Reconnaissance Office, the intelligence agency responsible for many of the government’s most classified spy satellites.

“Our adversaries are trying to threaten and challenge our advantage in space and the capabilities that we provide and have provided for a long time,” said Pete Muend, the director of commercial services program at the National Reconnaissance Office. “A diversified architecture made up of national and commercial satellites operating across multiple orbits is really essential to our national security.”

The National Reconnaissance Office established a program office in 2018 to bring in more commercial sources of information. Since then, the agency has awarded three multiyear contracts that supply up to 100 million square kilometers of commercial imagery every week.

While the National Reconnaissance Office has been mostly focused on acquiring commercial imagery, it has also been looking at other commercial space technology like HawkEye’s radio frequency satellites and others that collect radar data and images from the spectrum beyond what the human eye can detect.

“I wouldn’t say they are able to collect unique areas of the globe, but really it’s a different and complementary way of looking at things,” Mr. Muend said. “We’re really excited about how they can draw insights.”

HawkEye has tracked China’s commercial fishing fleet before, catching ships with beaconing systems turned off and violating protected waters around the Galápagos. But its work in January tracking the fleet improperly entering Oman’s waters was the first time the company had paired its data with NASA’s satellites.

While oceangoing commercial vessels are supposed to identify themselves with transponder beacons, those can be turned off. But HawkEye can identify Chinese fishing vessels by the radio bands their radar emits as they hunt for fish.

“This is further evidence of bad behavior by the Chinese sovereign fishing fleet, which is effectively a plague of locusts to circumnavigate the earth, sucking up natural resources,” said John Serafini, the founder of HawkEye 360.

Neither the Chinese Embassy in Washington nor Oman’s embassy responded to requests for comment.

The company calls its technology an orbital tip jar that can detect anomalies, allowing analysts to direct other satellites to an area to take a look.

“The importance of HawkEye,” Mr. Serafini said, “is that over time it gives you intelligence about the pattern of life.”