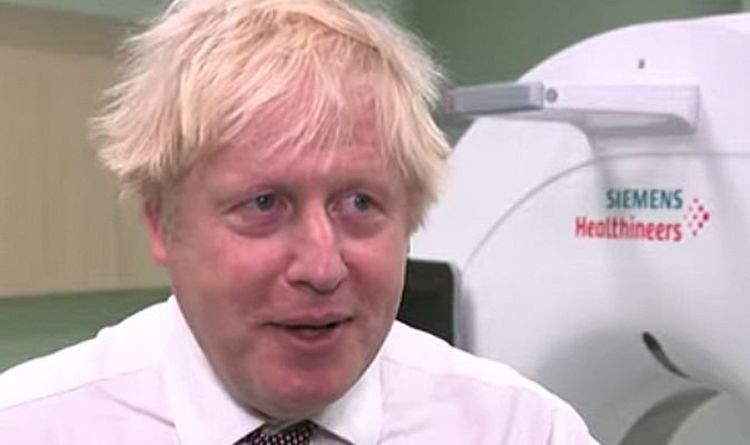 Prime Minister Boris Johnson has been facing growing pressure over his management of the Owen Paterson row since before the MP was forced to step down following an embarrassing Government U-turn. Conservative MPs had been triple-whipped to vote against an immediate suspension for Mr Paterson as he was found to have breached lobbying rules. But the a 180 on the vote the day after the ballot sparked severe outrage, further exacerbated by reports showing several Tory donors had been offered or secured a seat in the Lords after backing the party.

The Prime Minister was confronted over the pressure he has been facing, asked whether he thinks the rules “simply don’t apply to you.”

Mr Johnson said: “No, of course not. And I’ve said what I’ve said about the particular case of one MP who, as I said, suffered a personal tragedy. He’s now resigned his seat and I’ve nothing more to add to it.

“If there’s anything positive that has come out of it is, as far as I make out, the Speaker is determined to try to move us all forward with a system where we can have a cross-party approach.”

Asked to explain how most Tory Party Treasurers over the past seven years had been offered a peerage, Mr Johnson attempted to shift the interview back to booster jabs, saying: “I know that you’re going to keep focussing on this type of issue.

The BBC reporter conducting the interview however cut him off, saying: “Prime Minister, respectfully, it’s an easy question.”

Mr Johnson replied: “What I’m telling you is I’m focussing on getting the booster jabs rolled out.

“Seventy-three percent of 75 to 79-year-olds have had their booster. Seventy percent of 80-year-olds, we’ve got to get those numbers up.

“I think most people would understand why that’s so important.”

He however conceded no proposal has been put forward to elevate Owen Paterson to the Lords now he stood down from the Commons.

The Prime Minister also insisted it is “very important” to get the standards regime for MPs right.

He added: “I think it is very important that we get this right.

Asked if MPs should be banned from taking second jobs, Mr Johnson said: “All those kind of things are issues that the Speaker’s panel – whatever he is going to set up – will have a look at.”

He also insisted the role of Parliamentary Standards Commissioner Kathryn Stone was “a matter for the Speaker”.

Speaking to broadcasters, the Prime Minister said: “I have the utmost respect for the Speaker and his general desire to produce a cross-party outcome, cross-party reform of the system, which is what we were trying to achieve last week.”