Home » Politics » It's Infrastructure Week! (For Real this Time) 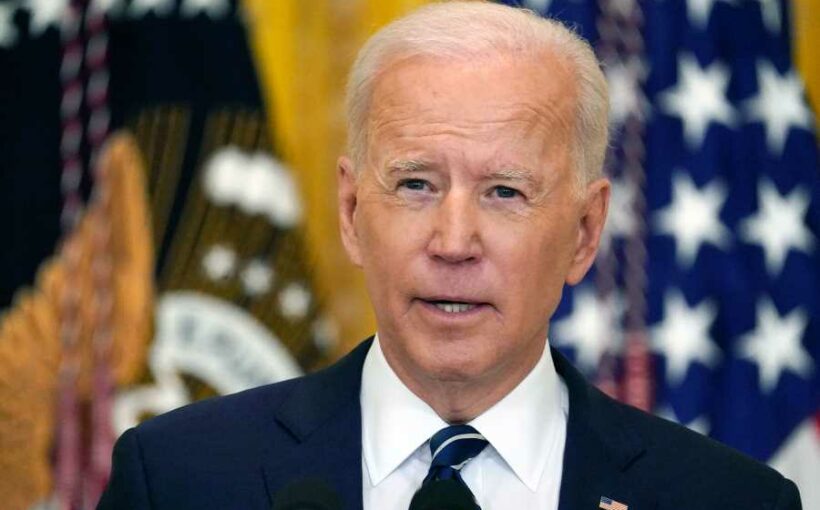 It was the running joke of the Trump administration that seemingly every other week was “Infrastructure Week.” But despite Trump’s bona fides as a builder and alleged prowess as a deal-maker, he failed to broker any major bill to invest in the nation’s decrepit roads and bridges. Every time his White House declared a pivot to infrastructure, Trump would soon fire off an earth-scorching tweet, launching another all-consuming battle in his endless culture war. For the 45th president, bridge building brought none of the joy of lib-owning.

In marked contrast, President Biden — fresh off the success of the wildly popular $1.9 trillion “American Rescue Plan” — is continuing his opening 100-day blitz by unveiling a $2 trillion infrastructure package he’s calling the “American Jobs Plan,” to be financed by a proposal to increase taxes on corporations.

Biden: 90 Percent of Americans Will Be Vaccine Eligible by Mid-April

The Beatles in India: 16 Things You Didn't Know

The Biden plan is headlined by traditional transportation infrastructure. It promises to revitalize 20,000 miles of roads and fix 10,000 crumbling bridges. But the sprawling package also includes funding for targeted to both aging cities (replacing all lead pipes in the nation’s water lines) and flyover country (including bringing broadband Internet to the more than 35 percent of rural Americans who lack access to it). The package seems intentionally crafted for bipartisan appeal. It does not mention high speed rail, but it does include “$80 billion to address Amtrak’s repair backlog.”

Not marketed specifically as a climate bill, the infrastructure package has myriad provisions that would be at home in a Green New Deal. They include massive investments in electric vehicle infrastructure (including 500,000 charging ports for electric cars, investments in electric school buses, and a plan to electrify the federal fleet, including Postal Service delivery vehicles.) The bill would also require that all federal government buildings be powered with “24/7 clean power.” Additionally the package includes billions for investments in climate resilience (preparing for a world of more frequent storms, floods and wildfires) and funds to modernize schools and retrofit affordable housing to be energy efficient and electrified.

Significant funds would also be dedicated to capping old oil and gas wells and remediating abandoned mines — with the dual aims of creating rural jobs and reducing methane emissions. The bill targets $35 billion for research and development into the “technology breakthroughs that address the climate crisis and position America as the global leader in clean energy technology and clean energy jobs.” In one of the more controversial measures, the package encourages housing density by seeking “to eliminate state and local exclusionary zoning laws, which drive up the cost of construction and keep families from moving to neighborhoods with more opportunities for them and their kids.”

The Biden package also features provisions designed to boost employment for Americans who don’t wear hard hats. The administration has described this as investing in “human infrastructure.” Notably the plan calls for $400 billion to boost pay and expand services of essential home care workers through Medicaid. “These investments will help hundreds of thousands of Americans finally obtain the long-term services and support they need, while creating new jobs and offering caregiving workers a long-overdue raise,” according to the administration’s fact sheet.

Unlike the recent Covid stimulus bill, the Biden infrastructure plan would be paid for — by hiking the corporate tax rate from the low 21 percent established by Trump’s 2017 tax cut to a new rate of 28 percent. Biden also seeks to boost the minimum tax on multinational corporations, crack down on offshore tax shelters, and to boost tax collections by ensuring the IRS “has the resources it needs to effectively enforce the tax laws against corporations.”

While Washington tax and spending bills are usually priced over a decade, the Biden plan gets a bit creative in its financing. The plan calls for 8 years of upfront infrastructure spending to be paid off over 15 years through the corporate tax increases. The plan is crafted to be passable under “reconciliation” in the Senate — which is protected from the filibuster and can be moved through the chamber on a simple majority vote.

President Biden is scheduled to deliver an address introducing the infrastructure package this afternoon in Pittsburgh, Pennsylvania.