Rep. Jim Clyburn (D-S.C.), the third-highest ranking member of Democratic Party leadership in the House, told HuffPost he’s “insulted” by the position Sen. Joe Manchin (D-W.Va.) is taking on the party’s top legislative priority: a giant reform package that includes an expansion of voting rights across the country.

Manchin, the only Democratic senator not to co-sponsor the For The People Act this year, very carefully backed parts of the bill in a statement issued on March 25. While he expressed some support for elements of the bill, he also said that he was primarily focused on finding “a bipartisan solution” to the issues the bill addresses, including voting rights.

For Clyburn, Manchin’s statement prioritizes bipartisanship over the voting rights of Black Americans and other minority groups.

The For The People Act passed the House on March 3, with all Democrats but one voting in favor — and all Republicans plus that one Democrat opposed. The bill faces a similarly stark partisan reception in the Senate. Senate Minority Leader Mitch McConnell (R-Ky.) calls the bill a Democratic “power grab” and “socialism.”

The bill will face a Republican-led filibuster when it comes to the floor. Ten Republicans would need to vote to end debate on the bill to allow it to clear a filibuster and face a simple majority up-or-down vote. That is unlikely to happen. 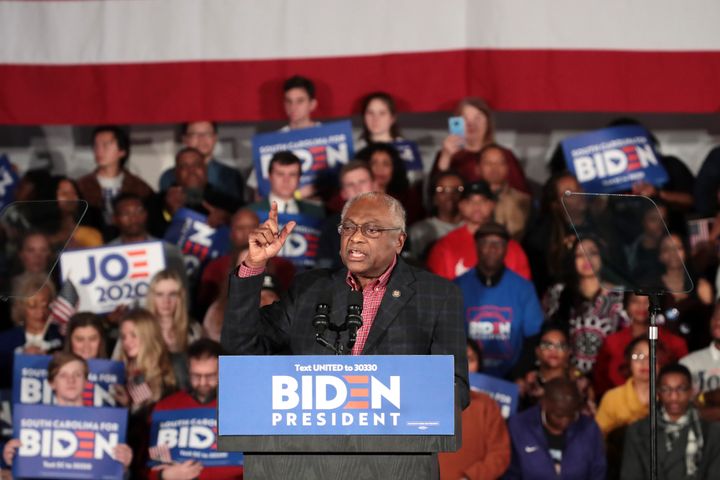 “The issue of civil rights and voting rights, these constitutional issues, should never be sacrificed on the altar of the filibuster,” Clyburn said. “I’ve been saying that for a long time.”

“I don’t understand why we can’t see that my constitutional rights should not be subjected to anybody’s filibuster,” he added.

He warned that if Democrats let this voting rights bill, along with the John Lewis Voting Rights Advancement Act reauthorizing the 1965 Voting Rights Act, fall to Republican-led filibusters, the party would “pay the biggest price it has ever paid at the polls” in the 2022 midterm elections.

“That is an actual fact,” Clyburn said. “I think I know Black people. I’ve been Black 80 years.”

Clyburn hopes that President Joe Biden heeds this warning as well. He believes Biden will push to get this bill enacted into law after the president made a promise to have the backs of Black voters after he won election last November.

“And especially those moments when this campaign was at its lowest end, the African American community stood up again for me,” Biden said on Nov. 8 after he was officially declared the winner last year. “You always had my back, and I’ll have yours.”

Clyburn’s endorsement of Biden ahead of the South Carolina primary, after the former vice president had lost the Iowa caucus and the New Hampshire and Nevada primaries, propelled him to the Democratic presidential nomination.

“The best way to have the backs of Black folks is to ensure the constitutional rights to cast an unfettered vote; there ain’t no better way than to do that,” Clyburn said. “Joe Biden is not going to allow the voting rights of Black people to be sacrificed on the altar of the filibuster.”