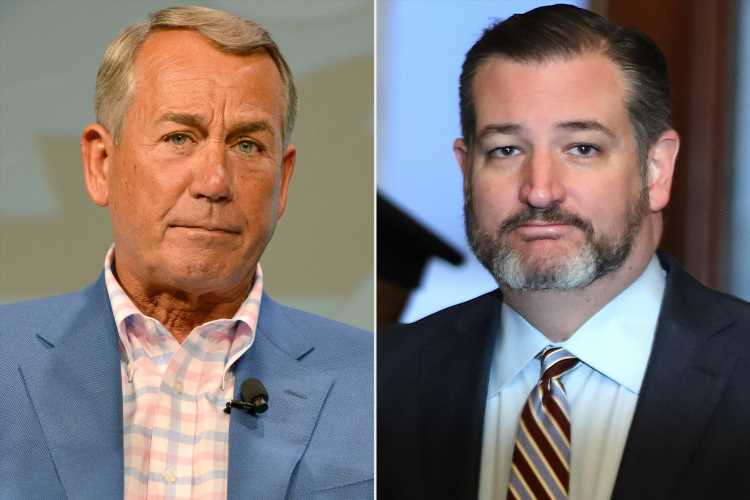 Sen. Ted Cruz can "f—" right off, according to an upcoming audiobook by former House Speaker John Boehner.

Axios reported Thursday that the longtime Republican congressman, who retired in 2015, is gearing up to release a no-holds-barred audiobook to accompany his upcoming memoir On the House, due out in late April.

Boehner, 71, is photographed on the front cover with a glass of red wine in hand. The former Ohio representative recorded some "uncorked" portions of his audiobook as well.

"Oh, and Ted Cruz, go f— yourself," the ex-Congressman said in one sidebar while recording, according to Axios.

"I can confirm there were some off-script moments during his recording of the audiobook," Boehner's spokesman, David Schnittger, tells PEOPLE. "He pretty much just let it fly, as he did when he was working on the book itself."

Schnittger added: "He's not really interested in being anything other than himself these days. That is kind of the spirit of the entire project." Boehner's candor — and his penchant for wine and cigarettes — wasn't necessarily shy about his emotions during his time in office.

Representing Ohio in Congress from 1991 until 2015, Boehner ultimately resigned from his four-year tenure as the Speaker of the House due to differences of opinion and policy between him and other Republican representatives, CNN previously reported.

Soon after leaving office, Boehner didn't mince words about Cruz, his former GOP colleague. Boehner called his former Senate colleague "Lucifer in the flesh," during one of his first post-office appearances.

"I have never worked with a more miserable son of a bitch in my life," Boehner said about Cruz in 2016, according to The New York Times. Boehner had similarly unsparing words for Jason Chaffetz and Jim Jordan.

Cruz responded to Boehner's reported jab during a Friday appearance at the Conservative Political Action Conference.

"You know yesterday, John Boehner made some news. He suggested that I do something that was anatomically impossible," Cruz said. "To which my response was: Who's John Boehner?" And "colorful" may just be an understatement, according to what the former Congressman teased on Twitter this week.

"Poured myself a glass of something nice to read my audiobook," Boehner wrote, alongside an image of him with a microphone and a glass of wine. "You can blame the wine for the expletives."