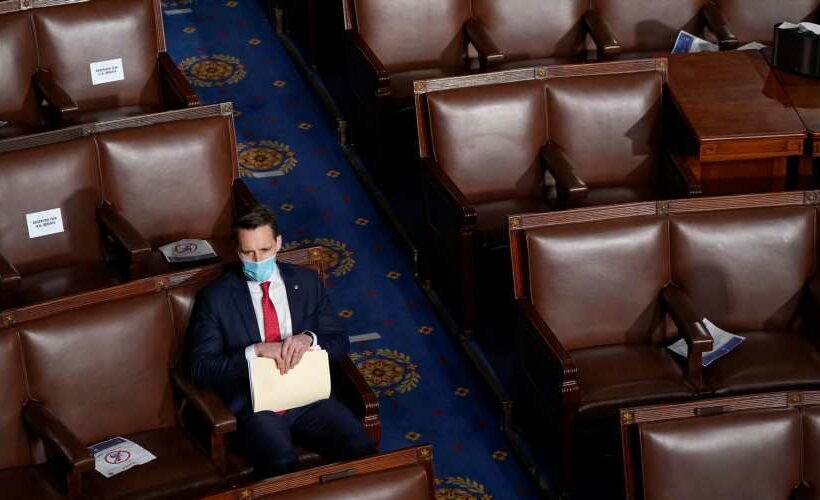 The political mentor of Sen. Josh Hawley (Mo.) told a local newspaper on Thursday that backing the freshman Republican’s bids for office was “the worst mistake I ever made in my life,” calling Hawley’s attempts to undermine confidence in the election of President-elect Joe Biden “dangerous.”

Jack Danforth, a former senator and U.S. Ambassador to the United Nations who is considered the dean of Missouri Republican politics, played a key role in elevating Hawley ahead of the latter man’s race against Democratic Sen. Claire McCaskill in 2018.

“Supporting Josh and trying so hard to get him elected to the Senate was the worst mistake I ever made in my life,” Danforth told St. Louis Post-Dispatch columnist Tony Messenger. “Yesterday was the physical culmination of the long attempt (by Hawley and others) to foment a lack of public confidence in our democratic system. It is very dangerous to America to continue pushing this idea that government doesn’t work and that voting was fraudulent.”

Danforth’s comments starkly display the gap between many retired Republican officials and a new generation of Republicans who grew of political age during the Trump era and are far more willing to indulge constituents who believe in conspiracy theories.

Danforth helped Hawley, a University of Missouri law professor who had just become the state’s attorney general, clear the field of major competition during the Republican primary ahead of his successful bid against McCaskill.

Other Republicans in the Senate, including Utah Sen. Mitt Romney, have criticized Hawley’s objections to counting electoral votes cast for Biden, arguing the effort was doomed from the start, encouraged Wednesday’s violence and set a dangerous precedent.

Danforth, who was considered a moderate during his time in the Senate, agreed.