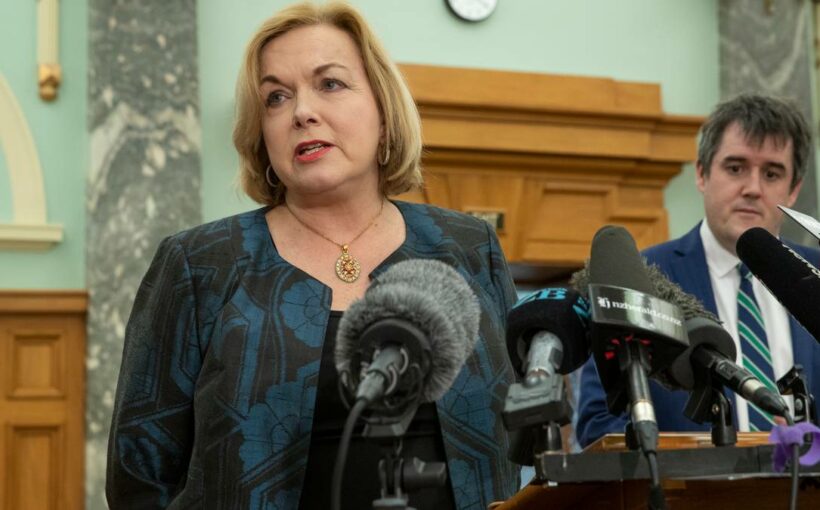 Parliament will be glued to 1News tonight as it publishes its latest Colmar Brunton poll during the 6pm bulletin.

One person sure to be paying attention will be National leader Judith Collins, whose leadership currently hangs in the balance with a rumoured coup in the wings.

But Collins is not the only one who will be eagerly awaiting the poll, the Government has also seen its popularity take a dive, as extended lockdowns bite.

This poll comes on the back of two private polls that were published last week.

A leaked copy of Talbot Mills Research poll (formerly UMR) showed Labour has dropped by five points to 41 per cent in the past month – its lowest result since January 2020, before Covid-19 hit New Zealand.

In that poll, National gained two points, going from 22 to 24 per cent, while Act broke a previous record in the poll, hitting 17 per cent.

The latest Taxpayers’ Union Curia poll out today also showed Labour had crashed six points to 39 per cent – while National was up four points to 26 per cent.

In both polls, Prime Minister Jacinda Ardern has also taken a hit.

Despite the hit to Labour, National has made only incremental gains – going up two points from 22 to 24 per cent, while Act has risen yet again, up one point to 17 per cent – breaking its previous record in the poll.

In the Taxpayer’s Union Curia poll, Jacinda Ardern crashed 13 points as preferred prime minister, down to 34 per cent. She’s still well ahead of National leader Judith Collins who is up 1 point to 6.

The last 1 News-Colmar Brunton Poll was run between 22-26 September and had Labour at 43 and National at 26.