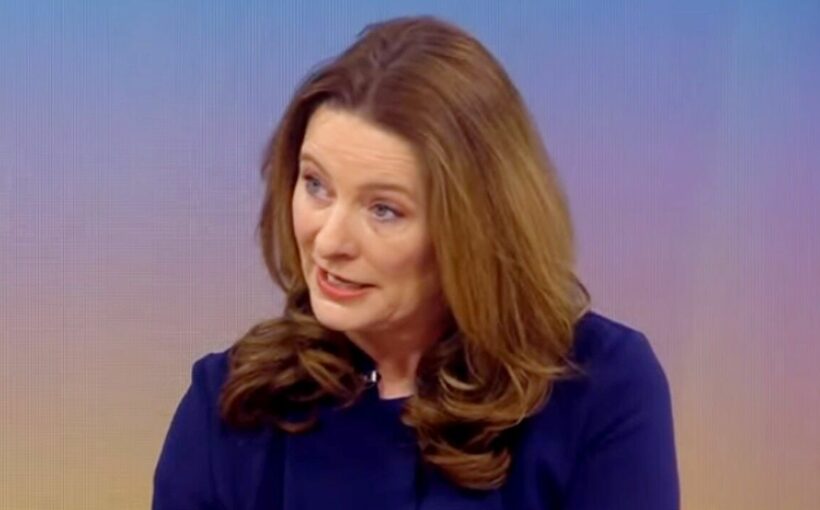 Teachers in England and Wales vote for strike action over pay

Gillian Keegan has slammed unions, noting that most teachers did not back the impending strikes. She said she is “extremely disappointed” that teaching unions have voted to strike, saying it’s not the answer to resolving grievances about pay and recruitment. Ms Keegan noted that just one union has voted to strike, explaining that “actually less than half the teachers” voted for the strike.

Saying the union “scraped over the line” to enact strike action, Ms Keegan explained there was a “54 percent turnout, 90 percent voted for it”.

She added: “So I think it’s just under half that voted for to strike in one union.”

Ms Keegan continued: “So the two heads unions and the other teachers’ unions, as well as the teaching assistant unions have not voted to strike.

“So we issued guidance last night, and we’re hoping that heads can keep as many schools as open as possible for as many children as possible.”

She said she is “extremely disappointed and disappointed for parents and children” who “have been through so much through the pandemic”.

“We also know we’ve lost nearly 700,000 people from the workforce, people who’ve retired early, many of those from the public sector.

“So we know and we do understand that. But the way to resolve any of those issues, which I’m very committed to resolve with teachers and teacher unions and heads is not to go on strike, it does not resolve a single one of those issues.”

Yesterday, the National Education Union (NEU) announced that teachers in England and Wales will strike over pay on seven dates in February and March.

National strikes are scheduled for 1 February, 15 and 16 March.

The NEU, the UK’s largest education union, has said the strike will affect 23,400 schools in England and Wales.

Ms Keegan is expected to meet with union leaders later this week.

Support staff in England and Wales also voted in favour of striking but in England but they failed to meet the legal threshold so will not be taking part.

He told the BBC: “We really don’t want to have any strikes, we want the government to listen and sit down and talk.”