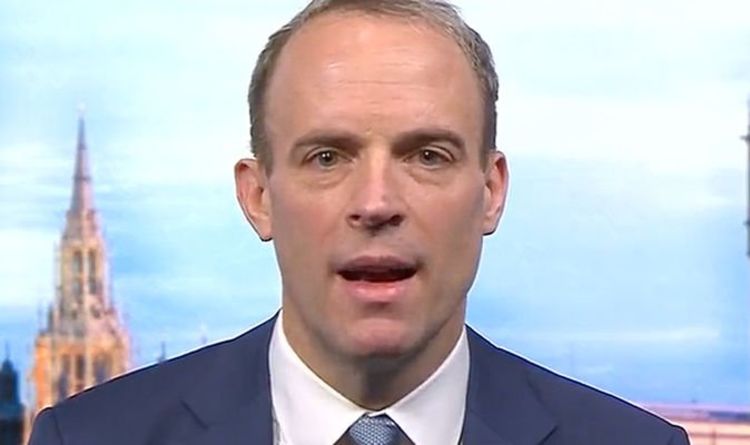 Political Commentator John Coulter has reacted to MPs backing Government plans to curb second jobs for ministers, which have defeated Labour Party motion. Mr Coulter said the Opposition leader has failed to dully take up the chance to exploit the “real tsunami that has hit the Conservative Party”. MPs voted to back Boris Johnson’s plans to prevent parliamentarians from taking second jobs on Wednesday.

Speaking to GB News, Mr Coulter said: “I think the Conservative Party are going to ride the storm.

“This is a real tsunami that has hit the Conservative Party.

“But the big problem is that the Labour Party isn’t sufficiently well organised to take advantage of it.

“I mean, this is not a situation way back in 1997 when Tony Blair was able to take advantage of changes within the Conservative Party and have brought in a couple of decades of labour administration.”

He added: “Unfortunately, the reality is that labour is still infighting over which direction, how far left it should be, how far to the center it should be.

“And it’s so busy with that internal civil war that just doesn’t seem to take its eye off that particular ball and focus on the fact it has in the chance to really put a dent in the Tory majority.

“Okay, a few opinion polls may put them a few percentage points ahead, but Opinion Polls can get it wrong as we know in the past.”

On Wednesday, MPs voted 297 to nil to back Boris Johnson’s plans to restrict MPs’ outside work to “reasonable limits” and prohibit parliamentary advice or consultancy, with Labour abstaining.

The analysis of the register of interests suggests that fewer than 10 MPs are likely to be affected the rule changes on second jobs.

It came as Boris Johnson admitted to Conservative MPs last night that he had “crashed the car into a ditch” by allowing the Owen Paterson scandal to explode into a full-blown sleaze row.

The former MP was found to have broken lobbying rules.

But Boris Johnson put down an amendment setting out the Government’s own approach.

The series of events sparked outrage from Labour, who accused ministers of “watering down” the party’s original motion.

“If you can believe it, after two weeks of Tory sleaze and corruption, the prime minister whipped his MPs against that plan of action.

“Frankly, he just doesn’t get it.”
Source: Read Full Article