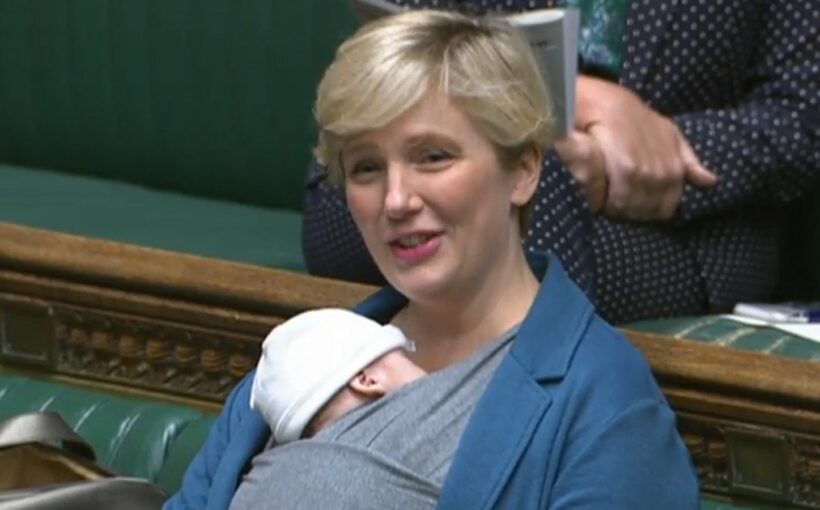 A Labour MP has criticised parliamentary rules after she received an email reminding her she should not bring her baby into the chamber when speaking in a debate.

Stella Creasy shared an email she received from an official after speaking in a Westminster Hall debate.

“Apparently Parliament has written a rule which means I can’t take my well behaved, 3-month old, sleeping baby when I speak in chamber. (Still no rule on wearing masks btw),” the MP for Walthamstow tweeted.

“Mothers in the mother of all parliament are not to be seen or heard it seems….”

“For safety reasons, you are asked to carry your child and not to bring pushchairs through the lobby.

“You should not take your seat in the Chamber when accompanied by your child, nor stand at either end of the Chamber, between divisions.”

That same month, Ms Creasy was accompanied by her child in the Commons as she warned that new mothers are “rebuked” rather than supported when returning to Parliament.

Ms Creasy said in response: “Anna you know better than that as we aren’t classed as workers – otherwise I would have proper maternity cover ….”

Speaking to Sky News back in 2019 after the birth of her first child, the Labour MP called for changes to Parliament’s rules around maternity leave for MPs, accusing the authorities of “living in 1919, not 2019”.

Sky News has contacted Parliament for a response to Ms Creasy’s tweet.