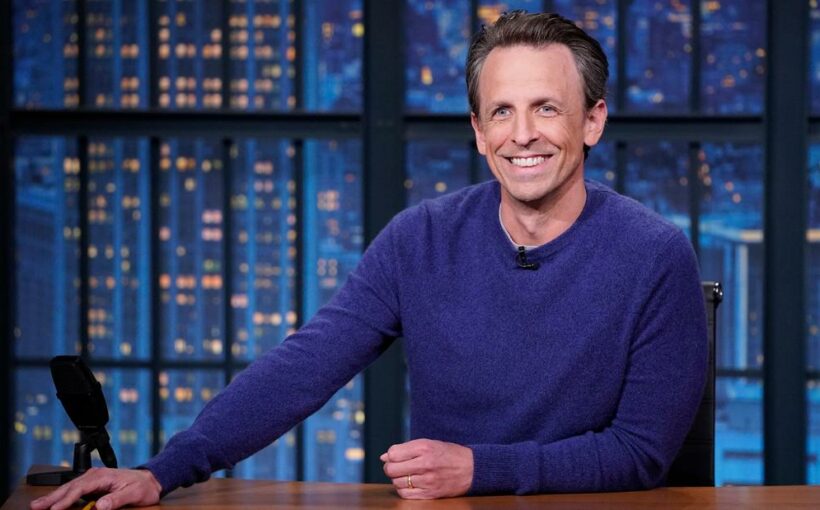 Like others in the late night world, the host of NBC’s “Late Night” had to adjust to the pandemic by working from home — an attic to be precise — when the pandemic first hit last spring.
He’s since moved back into his studio at Rockefeller Center, but it’s still awkward since there’s no audience there to laugh at his jokes.

CNN Business caught up with Meyers to find out what he’s learned doing a year of shows during a pandemic, what he hopes it’ll be like when studio audiences return, and if he ever took care of his attic’s wasp problem from last spring.

This interview has been edited and condensed.

Last time we spoke, you were doing your show from what looked like an attic in either a Stephen King novel or John Carpenter film.
More King than Carpenter.
Do you ever miss the attic?
No… but when I go to the attic now, which serves only as an actual attic and not a TV studio, I do feel a sense of accomplishment and a fair bit of awe that we managed to do a show in those circumstances.
You’re back in the studio, without an audience. What do you think the first show will be like when you have a studio audience again?
That will probably be a far more jarring transition than anything we’ve gone through yet. Coming back to the studio was nothing but just what we’ve been doing so much easier because we were surrounded by professional staff again.
I thought, oh my God, going back to the studio is going to be so weird. It was just delightful. Whereas when an audience gets back, the show will just by necessity have a different rhythm to it that we’ll have to relearn after so much time away from it.
On Wednesday, [CBS anchor] Gayle King asked you how you’re doing without an audience. You smirked and said you’re “so happy.” It seems like you’re really enjoying being in a studio with just your crew.
I am really enjoying it. Now don’t get me wrong, I think I will love having an audience back. But for right now and for this very impermanent time — knock on wood — that we’re living in, it’s been really fun to do the show for 10 people every night, knowing that at large you’re doing it for a great many more people than that.
But having that same 10 people has creatively been pretty exhilarating.
Why is that?
I think it’s impossible to not have an ear for how things are working for the 180 people that are there night in and night out. With that not being part of the equation, you can sort of turn off the thing that any comedian has, which is judging in real time how the material’s going.
If you work just as hard on the material as you always have, and you are definitely writing and doing things that you personally think are funny, and it seems as though people at home also still think it’s funny, you just have more freedom to try things. You don’t have to worry about how 180 people on any given night might react to it. 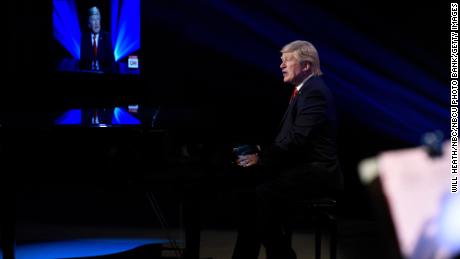 Do you think you’re the same host you were before the pandemic?
No, but I would like to think I wasn’t the same host a year before the pandemic started either. I think ultimately to do these jobs, the only way it works is if you can sort of evolve — and ideally not because of worldwide pandemics — but just because of the fact that over the course of any given year, you should change some ways.
It was fun to make crazy choices that the audience understood because it was a time where we were all going crazy… You know, I think that if I had started talking to a sea captain painting in normal times that would have been when the phone would have rang from NBC asking, “can you just talk us through this joke?” Whereas you do it during a pandemic and everybody’s like, “yeah, man, I’ve been talking to paintings too.”
What do you think the purpose of late night TV has been during this pandemic?
I think it’s sort of the same purpose in that we try every night to fill people in on what happened. It’s just that what happened became a little bit more universal because it was affecting everybody.
When you’re a talk show host, and not just me but my colleagues as well, people really feel like they know you. And through this year they felt like they knew us even more than before, because they were seeing us in our homes, they were seeing our children, they were seeing our spouses. And so if there is such a thing as a connection with a TV show, I think that probably got strengthened this year.

Last year you said that the attic had a wasp problem. Did you ever take care of that?
We did take care of it. And then we got out just in time as the squirrels were arriving. That’s really the problem with an attic is you get rid of one nuisance and another one just arrives. So I’m very happy that nobody had to watch “Late Night with Attic Squirrels” in the hot summer months.
Source: Read Full Article