Home » Politics » Liam Dann: What will a Joe Biden presidency mean for NZ? 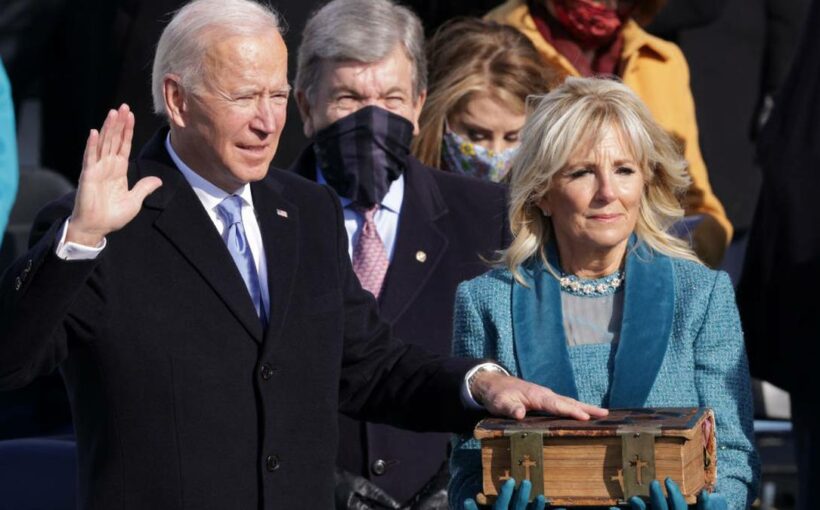 So, the Biden era begins – with pop stars, poetry and a pandemic-friendly take on the traditional pomp and ceremony of US politics.

But beyond the obvious cultural shift and (hopefully) a more competent Covid response, what can we expect from the Biden White House in the next four years?

And what, if any, impact will it have on New Zealand?

Predictably a grab-bag of campaign promises and prominent political appointments has already been dubbed “Bidenomics”.

It has a catchy ring to it, but where exactly Bidenomics will land in historic context is far from clear.

Should we brace for the grand reformist zeal of Franklin D Roosevelt and his new deal? Or will Biden be stuck in the more conservative centrist mould of fellow Democrats like Bill Clinton and Barrack Obama.

If we use Wall Street as a rough guide to expectations then the jury is still out on the net impact of his big policy plans.

The market soared on his election – with the caveat that investors initially expected a Republican Senate to limit Biden’s policy influence.

With control of the Senate we can certainly now expect to see Biden push through higher taxes. He’s talked about raising an additional US$4 trillion in taxes by increasing the top tax rate and the corporate tax rate.

That won’t be popular on Wall Street.

Nor will plans to tighten financial regulations – something that looks highly likely with former Federal Reserve Governor Janet Yellen taking over the top job at the US Treasury.

But big business will cope. Far from being radical, much of the change will simply reverse Trump policies.

Meanwhile, Biden and Democrat control of the Senate means more economic stimulus is likely to get the green light.

And what’s good for the economy is good for business.

Biden’s “America Rescue Plan” is a US$1.9 Trillion proposal that includes a boost for the fight against Covid with mass vaccinations and wider testing regime.

But it would also include direct financial stimulus, with $1,400 cheques for most households, a raise in the minimum wage and a welfare boost for the jobless.

If he can push it all through it would be a significant shot in the arm – literally and figuratively – for middle-America.

As was clear in today’s speech Biden is a very different kind of President to Donald Trump, but he is a savvy politician and there are some popular Trump policies he won’t necessarily be in a hurry to reverse.

Infrastructure investment, for example, was big on both Trump and Biden’s list of promises.

As in New Zealand, there is bipartisan support for government infrastructure spending as way to keep the economy moving with longer-term benefits.

While Biden will bring a focus on different (and greener) projects, the big issue will remain the ability to deliver in a meaningful time frame.

In trade too – the big one for New Zealand perspective – there may not be as much of a policy shift as one might have thought.

Trump’s China tariffs are expected to be left in place, for now at least.

The belief that the US needs to stand-up to China has become something of a bipartisan issue in Washington.

Still, we should expect the rhetoric from a Biden administration to be more diplomatic.

If that lowers trade tension it will be helpful for New Zealand.

Beyond the conflict with China, one would hope that the Biden administration is open to working more constructively with the World Trade Organisation.

But a return to the days of the superpower pushing for globalist, multilateral free trade seems unlikely.

Biden faces some big choices and will have to weigh short term political opportunity against the pragmatic concerns of longer-term stability.

Obama’s economic plans ended up considerably less radical than many had hoped in the wake of the Global Financial Crisis.

The bar though has been set very low by the outgoing regime.

If Biden and his team can enact some basic policy quickly and position America’s economy to ride the momentum of the Covid recovery then good growth will come.

From a New Zealand perspective, an end to the worst ravages of the pandemic and a strong economic recovery in the US can only be a good thing.

When the US economy booms the world usually follows.