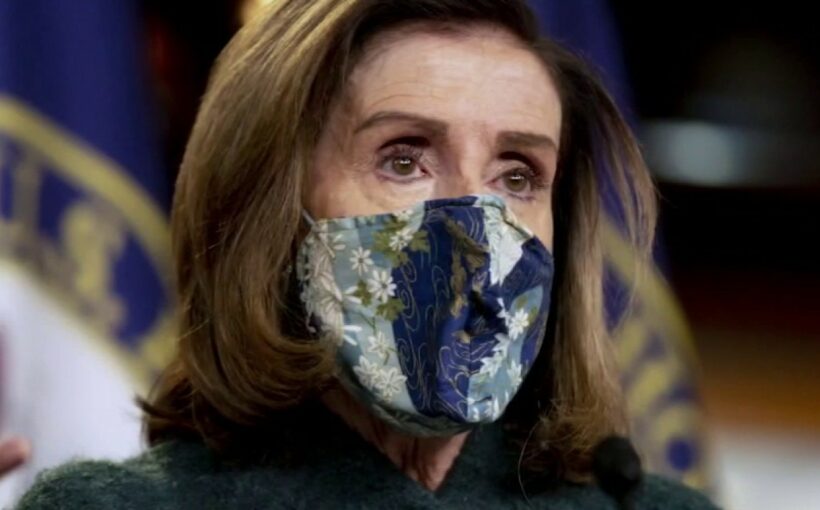 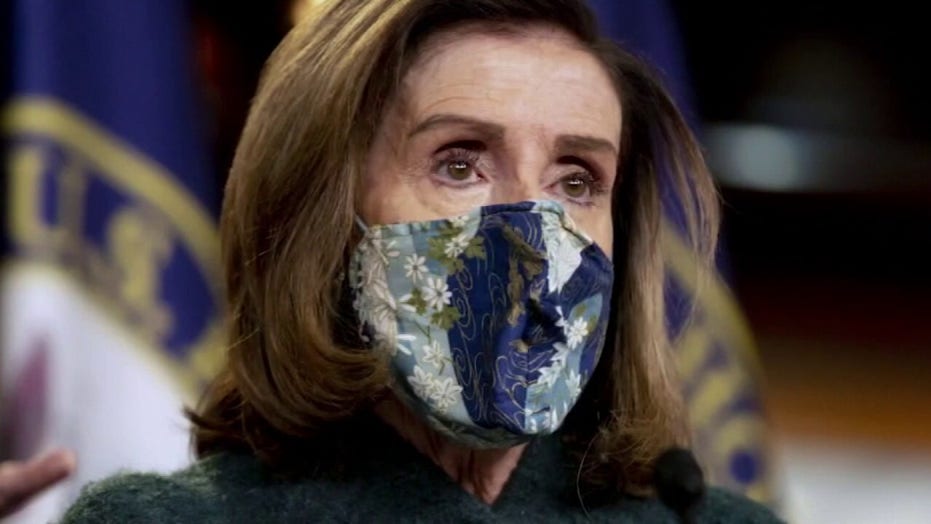 Pelosi needs to apologize to nation for saying House GOP is ‘enemy within’: Rep. Norman

The events of Jan. 6 were heinous and inexcusable; tragically, a police officer and four Trump supporters lost their lives.

For Democrats, they were also extremely useful.

The attack on the Capitol finally gave Democrats the ammunition they needed to portray President Trump’s supporters as dangerous extremists. Up until Jan. 6, drawing that characterization had been challenging, since the country had not witnessed a single significant outbreak of violence amid all the giant rallies and marches – complete with guns! – that for four years had celebrated the president.

The effort to demonize Trump backers was set back further last summer when riots broke out across the country, fueled by charges of police racism and enabled by progressive mayors and governors who tolerated the looting and destruction. Those melees were not caused by the scary Right, but by the Left – the people who later came out to vote for Joe Biden. In some cities, like Portland, those disturbances are ongoing.

That was awkward, but Democrats breezed right through the smoke clouds left by burning cars and buildings, continuing to warn that it was right-wing conspiracy mongers who posed the greatest threat to the nation. And, the liberal media pitched in, hilariously dismissing the riots as “mostly peaceful.”

By that standard, Trump’s Jan. 6 rally on the Elipse was “mostly peaceful,” in that tens of thousands  cheered the president’s speech, while a few hundred slipped away to cause mayhem at the Capitol.

But now, in the shadow of that day’s events, we are told that the rioters of Jan. 6 were the tip of the iceberg, that armed militias stand ready to topple the government. The FBI helpfully warned in a bulletin that “Armed protests are being planned at all 50 state capitals…  and at the U.S. Capitol” in the weeks leading up to the (uneventful) inauguration.

Yes, the same FBI that enabled the Russia-gate attack on President Trump.

A hysterical Nancy Pelosi, D-Calif., claims we have “an enemy within” the halls of Congress – representatives who have requested to carry firearms in the Capitol and, according to the House speaker, have threatened their colleagues.

Deep breath: does anyone really think there are members of Congress lying in wait, ready to murder their fellow representatives?

(Footnote: The only congressman actually shot in recent years was Louisiana Republican Steve Scalise, who was gunned down in 2017 by an angry left-wing activist while playing baseball.)

The reality is that Democrats, master directors, have staged a compelling scene, complete with impressive props like the tens of thousands of National Guard troops who remain in our nation’s capital, for who knows what reason, at a cost of half a billion taxpayer dollars.

With Trump disgraced and his supporters denounced, his policies can be junked wholesale, and few dare object.

The Democrats’ fear-mongering is purposeful.

With Trump disgraced and his supporters denounced, his policies can be junked wholesale, and few dare object. Joe Biden is slicing through Trump’s measures to protect our border, build our energy independence, ring-fence Iran, confront China and bolster our economy like a scythe through dandelions. Resistance on both sides of the aisle is mute.

Aiding Biden’s wholesale slaughter of Trump’s common sense policies has been the kerfuffle over Marjorie Taylor Greene, a newly elected GOP representative from Georgia who has in the past signed onto nutty and offensive conspiracy theories.

After all, who can take seriously GOP objections to a monstrous and possibly damaging $1.9 trillion “relief” bill when Greene has emerged as the “face of the Republican Party,” as liberals have defined her?

Make no mistake: there are extremists on the right, and on the left, who can pose a threat to ordinary Americans. Those who perpetrate violence must be brought to justice, like any other criminals.

But Democrat elites are busy canceling and defaming President Trump and his supporters because they fear he will not disappear. Trump successfully challenged the liberal establishment, and his outreach to traditional Democrat constituencies terrifies his opponents. 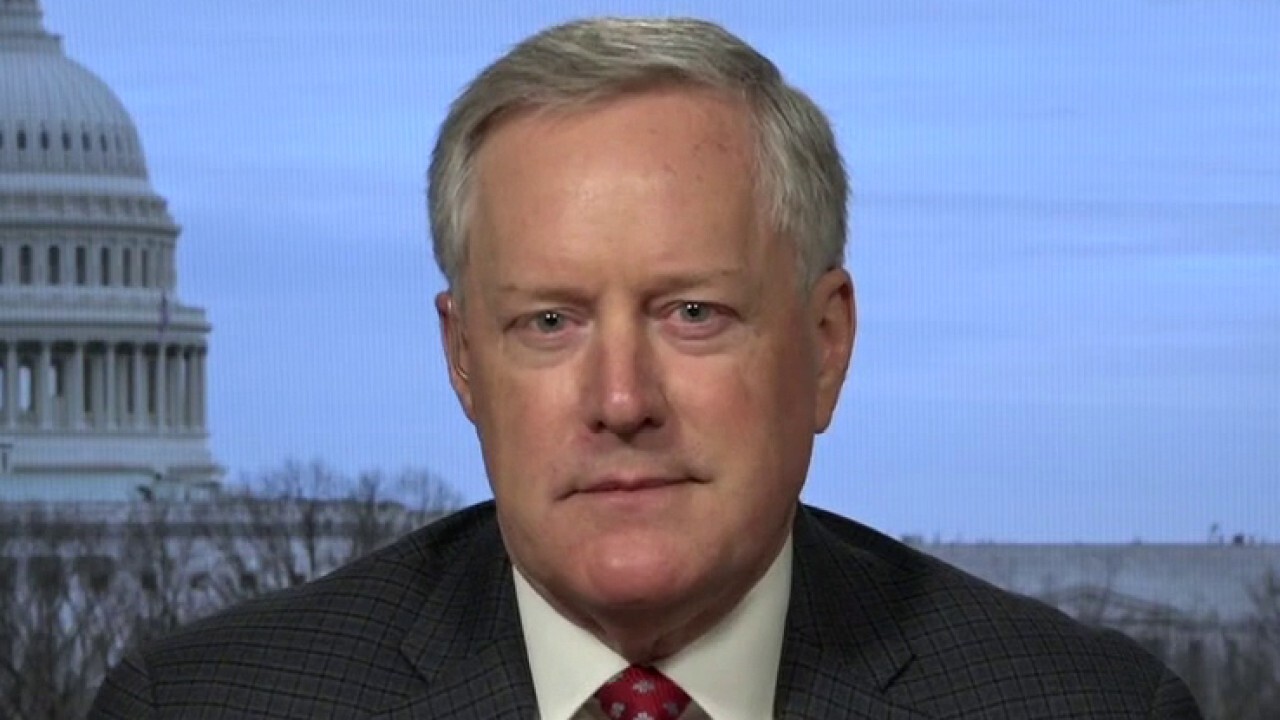 The Democrat Party is now in bed with Big Business, Big Tech and Big Labor, and many middle-class Americans know that those powerful forces do not represent them. The wholesale shipping of jobs overseas, the immigration policies that undermined wages paid to low-income Americans, the kowtowing to special interests and undermining of our traditional values are not their priorities.

Those people voted for Donald Trump in 2016; more voted for him in 2020. They will not be silenced, no matter how much scorn is rained upon their heads. They will not be bought off by $1,400 checks or by lofty promises of the “jobs of tomorrow”  delivered by a president cheerfully canceling the jobs of today.

They will not be fooled.

Instead, they will continue to despise the people who despise them, especially in the liberal media. A recent piece in Salon reveals the divide.

The authors describe Trump followers as falling into several categories, including: 1) isolationists, ultra-nationalists, White supremacists, racists and insurrectionists, 2) opportunists and political chameleons, 3) people who are “narrow-minded, limited information input and vulnerable to cultism,” 4) people “totally focused on individual and family wealth,” 5) “hold your nose and vote Republican” – i.e. brain-dead GOP voters, and 5) those who explain, “But he and I are Christians!”

I search these categories to explain why the Chinese union-member doorman in our building voted for Trump, or my female friends who run small businesses and can’t deal with more red tape.

I wonder about my Latino pals, originally from Venezuela, who know the dangers of socialism, or my fellow New Yorkers who see how boneheaded liberal policies are destroying our great cities.

I question the many veterans I know who see Trump’s foreign policy initiatives as countering decades of suborning our interests to globalist institutions.

These people do not fit into those despicable categories. Seventy-four million Americans do not fit, either, and Democrats know it. That’s what scares them.