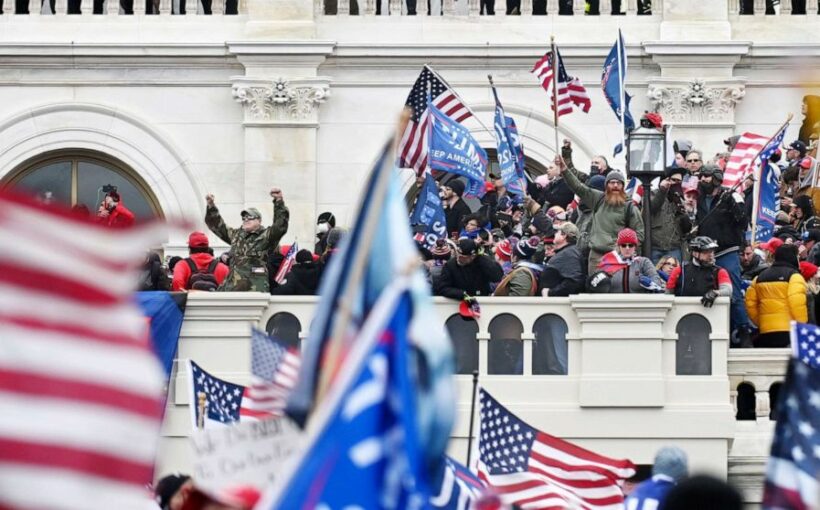 Thursday will be a quiet day in the House of Representatives. That, at least, is the hope.

But this shouldn’t be viewed as normal: The House wrapped up its work for the week a day early because of what the Capitol Police called “a possible plot to breach the Capitol by an identified militia group.”

It’s all tied to March 4 — the original inauguration date set by the Constitution, and now the focus of QAnon conspiracy theories that falsely believe that to be the date that former President Donald Trump will come back to power.

The reason precautions are hard to argue against is, of course, that Jan. 6 was less than two months ago.

A series of hearings on Capitol Hill have only raised more questions about who was behind the attempted insurrection, and why and how authorities were as ill-prepared as they were.

The disparity between the National Guard’s response to protests in June as opposed to how long it took to get the Capitol complex under control in January raises questions that military officials will answer soon before Congress.

Still to be heard from are political leaders — up to and including Trump and White House officials — whose actions during the critical chaotic hours are still shrouded in public mystery.

In the meantime, with holes in intelligence and coordination now evident, government operations are again being interrupted by threats of right-wing extremist groups. It’s unlikely this will be the last time this happens, until or unless more answers emerge.

The RUNDOWN with Alisa Wiersema

The first few days of Women’s History Month have been nationally plagued by a political story that has become all too familiar.

It involves a powerful man being alleged of conducting unwelcome behavior toward a woman, getting publicly called out for it, and then ultimately, issuing an apology that, despite any of his best intentions, fails to entirely grasp at why the behavior was seen as problematic in the first place.

On Wednesday, New York Gov. Andrew Cuomo held his first press conference since three women came forward with sexual harassment allegations against him. The governor issued several apologies and voiced his support for a woman’s right to come forward. Cuomo also said he now understands that his actions “made people feel uncomfortable.”

“It was unintentional and I truly and deeply apologize for it. I feel awful about it and frankly embarrassed by it and that’s not easy to say but that’s the truth,” he said. The governor denied the allegations of inappropriate touching and said he “never knew at the time (he) was making anyone feel uncomfortable.”

“I never intended it and I will be better for this experience,” he said.

An attorney for one of Cuomo’s accusers said his press conference “was full of falsehoods and inaccurate information,” while adding her client is confident that the governor was made aware of her complaint about his behavior at the time it happened.

Amid the political fallout, Cuomo said he wasn’t going to resign and that he was going to cooperate with the New York attorney general’s investigation. In the meantime, he asked New Yorkers to “get the facts, please, before forming an opinion.”

Realistically, Cuomo’s promise of personal growth is going to be a difficult one to publicly evaluate, regardless of how the investigation pans out. Meanwhile, although the governor tried to publicly own the situation, he is still likely to draw criticism for seeming to imply that the problematic aspect of the allegations is rooted in the accusers’ perceptions, rather than in his own actions.

The TIP with Kendall Karson

For Republican leaders eyeing a comeback in 2022, it’s not a question of whether Trump will be involved in their efforts, but how.

Rep. Tom Emmer, R-Minn., the chair of the House Republicans’ campaign arm, said he believes the most influential member of the party will be more helpful in next year’s races if he stays on the sidelines of the primaries and instead focuses on the general election. Asked about Trump’s promise to intervene in primary contests as political revenge against those Republicans who voted to impeach him, Emmer said, “That’s not going to be helpful.”

“He can do whatever he wants,” he told Politico Live. “But I would tell him that it’s probably better for us that we keep these people and we make sure that we have a majority that can be sustained going forward.”

It’s a significant break from Trump on strategy by the congressman charged with leading the GOP back to a majority in the House. But it’s also an early attempt by Emmer to avoid any intraparty fights between Trump and incumbents that could pull the party committee, which traditionally stays out of primaries, into the middle of a tug of war and weaken the success they predict next year.

“I’ve talked to every one of our members, they know that the NRCC does not get involved in primaries,” he said. “I trust the voters … that’s who we’re working for.”

ABC News’ “Powerhouse Politics” podcast. At a dinner with Black business leaders in October 2019, former President Barack Obama praised Elizabeth Warren, dismissed Pete Buttigieg as a candidate — and forgot to mention now-President Joe Biden, according to a new book on the 2020 election. “It’s sort of a metaphor for where Obama’s head was from the beginning of the campaign,” said Jonathan Allen, co-author of “Lucky: How Joe Biden Barely Won the Presidency.” Allen, a senior political reporter for NBC News Digital, and Amie Parnes, senior correspondent for The Hill, talked with ABC News Chief Washington Correspondent Jonathan Karl and Political Director Rick Klein about their deep dive into the inner workings of Biden’s campaign. https://bit.ly/3oMKdUP