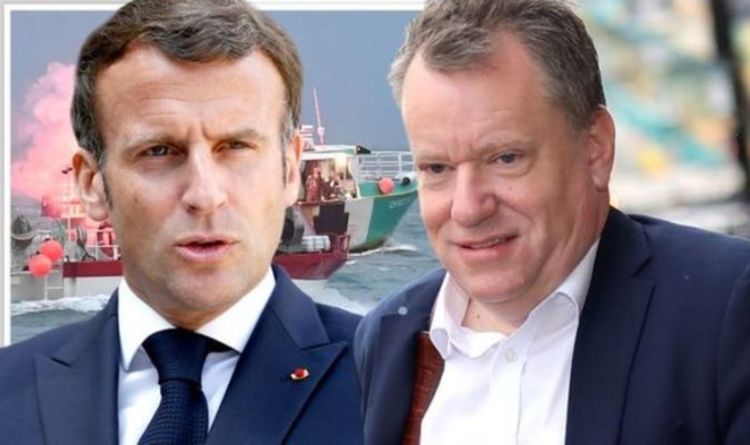 Jersey 'isn't backing down' on fisheries in says expert

French Minister of the Sea Annick Girardin claimed the French Government had sent key licensing details to the UK Government weeks ago. It comes amid concerns that fishermen in Hauts-de-France, Brenton and Brittany have yet to be granted a licence to fish in the UK’s 6-12-mile exclusive economic zone (EEZ).

But the UK Government said the information was only received this week with officials accusing France and the EU of being “misleading”.

A Defra spokesperson added: “We have only yesterday received further evidence from France via the European Commission to support applications for fishing vessel licences.”

It is understood officials are becoming increasingly concerned about the approach taken by France towards the licensing of vessels.

One Whitehall source added: “We are trying to work constructively with France and the European Union but they seem to be sending misleading messages.

“Cooperative and honest working will get results.”

In Britain, the UK Single Issuing Authority (SIA) has been set up to issue licences to both UK and non-UK vessels authorising access to UK waters to fish.

The row came as Government chiefs on Guernsey called for the Island to have its own power supply after France threatened to cut off electricity to neighbours Jersey if they continued with the implementation of a new licensing scheme which is required under the UK’s Trade and Cooperation Agreement with the EU.

Negotiations are ongoing between Jersey and France to resolve the issue of license implementation, with interim arrangements in place until September 30.

Deputy David De Lisle, who represents the West of the British Crown Dependency, said: “There is need for a re-think on energy policy giving more emphasis on energy independence and self-sufficiency and focus on development of Guernsey’s on-island renewable energy sector as a growth industry.

“Instead of backing nuclear power through another cable from France, our government needs to invest in renewable energy including solar, tidal and wind power and its people.

“‘We have to be looking forward for Guernsey, rather than being so dependent on places outside.”

Meanwhile, on Jersey, France reopened its Normandy office on the Island as trust begins to rebuild between St Helier and Paris on resolving licensing issues.

The Maison de la Normandie et de la Manche in St Helier closed on May 3 ahead of a protest by French fishermen on May 6.

But Paris officials said the reopening was a “positive gesture” aimed at “restoring a relationship of trust”.

However, they added “there is no question of letting our guard down”.