Home » McConnell rips MLB, Delta, Coke for ‘irritating a hell of a lot of Republican fans’

Manuel’s Tavern owner Brian Maloof on the impact of the MLB moving the All-Star Game from Atlanta to Denver in response to new Georgia voting laws.

Senate Minority Leader Mitch McConnell offered his harshest criticism yet of the companies pushing back on the new Georgia voting law, warning that Major League Baseball's actions specifically are "irritating a hell of a lot of Republican fans."

McConnell, R-Ky., stopped short of calling for a boycott of those companies in his Tuesday comments. But he said they should avoid taking public stances on divisive social issues and alleged hypocrisy on the part of the MLB.

"Republicans drink Coca-Cola too. And we fly. And we like baseball. This is a pretty competitive political environment in America," he said. "If I were running a major corporation, I'd stay out of politics."

"What I think it's doing is irritating a hell of a lot of Republican fans," he added. 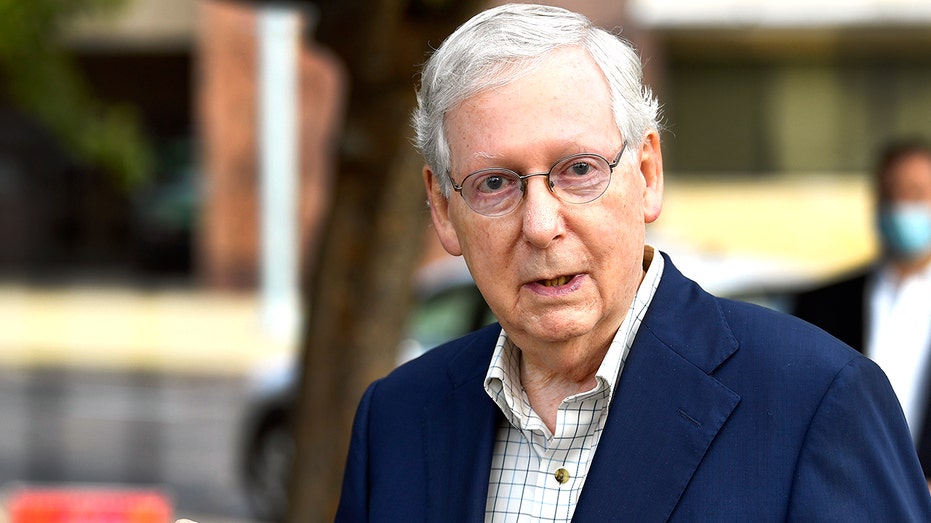 The comments come in the wake of the MLB's decision to move its All-Star Game from Atlanta to Denver in reaction to Georgia's new voting law, and public statements made by Georgia-based companies Coca-Cola and Delta after vast pressure on them to condemn the law.

Coca-Cola said, "We want to be crystal clear and state unambiguously that we are disappointed in the outcome of the Georgia voting legislation." Delta CEO Ed Bastian sent a notice to employees last week saying he wanted to "make it crystal clear that the final bill is unacceptable and does not match Delta’s values."

But those who support the law, including Georgia Gov. Brian Kemp, insist that it, in fact, expands voting opportunities and that critics are wrong about what the law does.

"We’re expanding the right to vote in Georgia. You’re not hearing that from the other side. That’s what the truth is, as well as further securing absentee ballot boxes, which didn’t exist before," Kemp said on Fox News' "Your World" last month.

Supporters of the law note that it creates absentee ballot drop boxes – which would not exist in future Georgia elections independent of this law; expands early voting opportunities; provides resources to keep wait times at polling places; and provides a menu of ways for voters to verify their identity on absentee ballots if they do not have photo ID.

Critics, meanwhile, largely point to the shorter time voters will have to request absentee ballots; shortened early voting in runoffs; and a bar on political organizations giving food and water to voters while they are in line.

McConnell Tuesday also said the MLB is hypocritical because it is still playing games in states where voting restrictions are tigher than they are in Georgia.

"Let's take Major League Baseball, which is a pretty important corporation. If they applied the same standard they applied to Georgia, they couldn't have games in St. Louis because Missouri has a more restrictive voter law than Georgia, than the new Georgia law," he said. 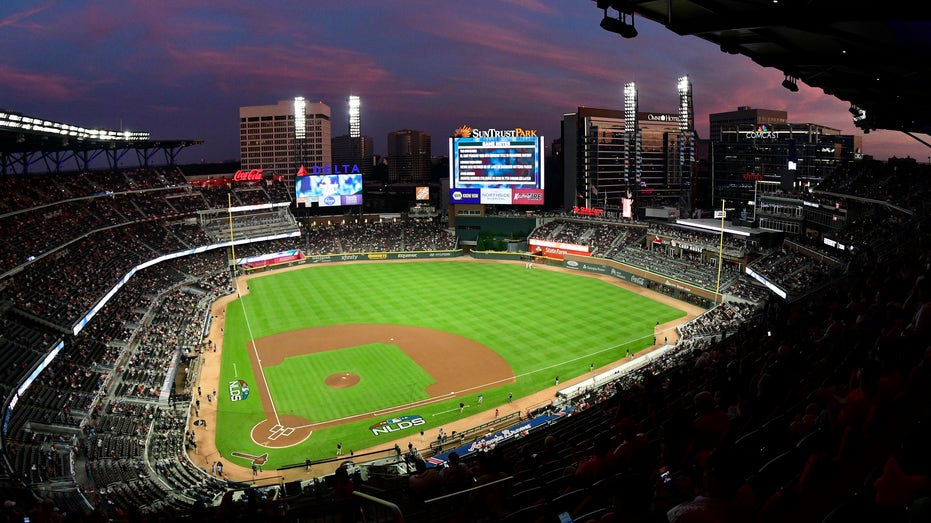 In this Oct. 7, 2018, file photo, ground crews prepare the field at Sun Trust Park, now known as Truist Park, ahead of Game 3 of MLB baseball’s National League Division Series between the Atlanta Braves and the Los Angeles Dodgers in Atlanta. Truist

"What do we do about the Mets and Yankees? New York has a more restrictive voter participation law than the new Georgia law, where does it end?" McConnell continued. "So, my warning if you will, to corporate America is to stay out of politics. It's not what you're designed for. And don't be intimidated by the left, and taking up causes that put you right in the middle of one of America's greatest political debates."

The minority leader was also pushed on whether his comments meant that corporations should also avoid making political contributions. They are largely empowered to do so thanks to a Supreme Court case known as Citizens United, which is lauded by Republicans.

"I'm not talking about political contributions. Most of them contribute to both sides, they have political action committees, that's fine it's legal, it's appropriate, I support that," McConnell said. "I'm talking about taking a position on a highly incendiary issue like this, and punishing a community or a state, because you don't like a particular law they passed, I just think it's stupid."

She added: "It's important to remember the context here: The Georgia legislation is built on a lie" and will "exclude more voters."

Psaki also said, however, that the president is not advocating specific boycotts and said "it's up to Major League Baseball to determine where they're holding their All-Star Game."