Home » Politics » Men At Gitmo Have Been Cleared For Release For Years. Why Hasn’t Biden Let Them Out?

Six months into his presidency, President Joe Biden’s administration has not released a single person from Guantanamo Bay. The White House has issued only vague pledges, and the delayed releases have made advocates and lawyers for the men concerned that Biden will not prioritize closing the infamous military detention center.

Eleven of the 40 men who remain imprisoned at Guantanamo have been cleared for release through an arduous government review process, meaning they are considered safe to send home or to another country, pending security assurances from the receiving country. Several have been cleared for years, with no explanation for their continued, indefinite imprisonment without charge.

During President Barack Obama’s final weeks in office in 2016, his administration rushed to transfer cleared detainees out of Guantanamo before the inauguration of President Donald Trump, who said during his campaign that he would keep the detention facility open and fill it up with more people. The cleared men left behind by Obama hoped that Biden might act quickly on their release.

Many of the cleared men are growing increasingly hopeless about their prospects for freedom. “Everybody thought Obama was going to close this place. And so my client was hopeful that he was going to get out of there because he had been cleared for so long,” said George Clarke, who represents Tofiq al-Bihani, who has been cleared for release since 2010. “And then when Trump came in, he pretty much lost all hope. … And so now, I think, he’s just very circumspect about, basically, nobody can be trusted to do what they say they’re going to do.”

It’s been hard to discern exactly what the administration plans to do with Guantanamo — and how fast. White House press secretary Jen Psaki told reporters in February only that closure “is certainly our goal and our intention.” Asked why none of the cleared detainees have been transferred since Biden entered office, a State Department spokesperson said in an email that the agency “continues to work with our interagency partners to negotiate transfer agreements with recipient countries, including appropriate security and humane treatment assurances.” 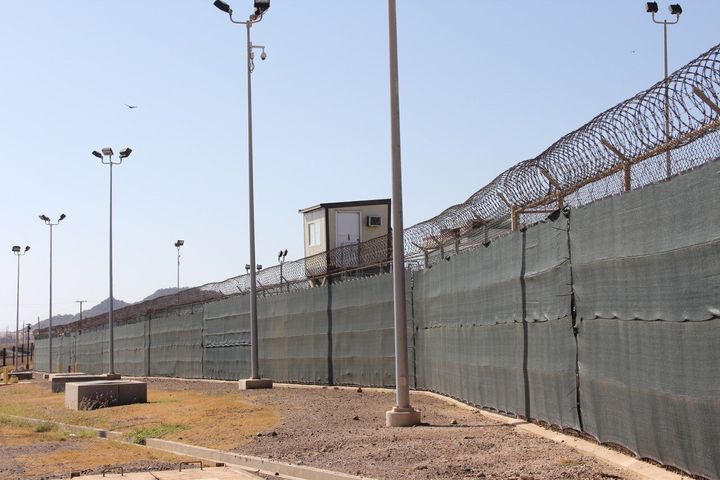 Last month, NBC reported that the Biden administration is taking an “under-the-radar” approach to Guantanamo closure in hopes of reducing political blowback.

“Part of the problem is that, for many of these folks in certain positions, Gitmo continues to only exist in the conceptual policy realm,” a government official who used to work on Guantanamo policy told HuffPost in an interview. “They lose sight of the fact that we’re talking about people. So it’s, ‘OK, go slow, let’s primarily focus on the politics and secondly on the policy.’ And that’s unfortunate, to say the least, when you’re talking about people who have been detained for nearly two decades.”

Under Biden, several men have been cleared for release through the Periodic Review Board — a flawed parole-style system designed to determine which of the uncleared men can safely be transferred to another country. But it is not clear when, or if, the people who have been designated safe to release will actually leave the prison.

Al-Bihani was supposed to be transferred to Saudi Arabia in 2016, along with nine other Yemeni detainees, as part of Obama’s end-of-office push to depopulate Guantanamo’s prison. But on the day of the transfer, al-Bihani was not allowed to board the plane for reasons that have still never been specified. In a court filing, the government said that in January 2017 — months after the other nine men went to Saudi Arabia — then-Defense Secretary Ash Carter determined that al-Bihani “should not be transferred based on a variety of substantive concerns relevant to [his] circumstances, including factors not related to Petitioner himself.”

Two other cleared men, Abdul Latif Nasser and Sufyian Barhoumi, were on track in 2016 to return to their home countries of Morocco and Algeria, respectively. But after a series of bureaucratic delays, the Obama administration opted to turn their cases over to the Trump administration, which dropped efforts to send the men home.

As the men languish, Biden has yet to pull many of the administrative levers necessary to close the prison for good. For example, Obama established a special envoy for Guantanamo closure at the State Department — a point person within the government who ideally would work to unite various bureaucratic agencies toward the goal of shutting the prison down. That role was eliminated under Trump, and Biden has not yet brought it back.

In the absence of a Guantanamo closure office within the State Department, the agency’s Bureau of Counterterrorism is currently responsible for negotiating transfer agreements. But multiple defense lawyers who represent men who have been cleared for release say they have no one they can contact in the government to get information about their clients’ cases.

Nasser was so close to going home to Morocco in 2016 that his family had fixed up a room with a fresh coat of paint for him to live in and arranged for him to work at his brother’s company. His sister had even started looking for a potential bride for him. A State Department official told Nasser’s lawyer at the time that he was “absolutely going home.”

After Trump pulled off a surprise victory in the 2016 election, Obama administration officials knew that whomever they left behind in Guantanamo would likely remain there for at least four more years. Congress requires the Pentagon to notify lawmakers 30 days ahead of any transfer — meaning that if transfer arrangements weren’t finalized one month before Trump’s inauguration, it would be much harder for Nasser to get out.

Ultimately, the security agreement between the U.S. and Morocco was not finalized until days after that deadline. Carter, the defense secretary at the time, declined to sign off on the transfer, choosing instead to leave the decision to his successor.

Knowing that chances of release were nearly nonexistent under Trump, Nasser — along with Barhoumi, who was in a similar predicament — filed an emergency motion in federal court, asking a judge to order their release. “If Petitioners are not transferred within the next week by the outgoing administration, they will likely not be transferred from Guantanamo for at least the next four years,” their lawyers wrote.

The Justice Department could have easily stood down and chosen not to fight for the authority to imprison two men the administration had worked to free. But Obama’s DOJ took the other side, and won.

Nasser’s siblings in Morocco worried how he would cope with the disappointment. “It was worse than when he was arrested,” his brother Mustafa told HuffPost during a 2018 interview in his home. “He was depressed; he was hopeless.”

Earlier this year, one of Nasser’s sisters died. “He was saying that he had been lucky enough that he hadn’t lost anyone that close to him while being detained — and that that in and of itself was a miracle,” his lawyer Shelby Sullivan-Bennis said in an interview. “And then, right before he expects to go home, his sister passes. I think that really emotionally bankrupted him.”

Nasser was the subject of a deeply reported Radiolab podcast last year that found that much of the government’s claims about his role in terrorism lacked convincing evidence﻿. The White House and the State Department declined to comment on why Nasser and Barhoumi, ostensibly the easiest men to release, are still at Guantanamo. “It’s just shameful that they are still there,” the government official said of the two men. “It’s not even low-hanging fruit. It’s no-hanging fruit. Those deals were done. They just had to dust them off and send a cable out again.”

Nasser is widely expected to be transferred out of Guantanamo in the near future as the Biden administration works to show progress ahead of the 20th anniversary of the prison’s opening. “That would be welcome — but it would not be grounds for the Biden administration to pat themselves on the back and say, ‘You see? We’re making substantial progress toward closing Guantanamo,’” said Wells Dixon, a senior staff attorney at the Center for Constitutional Rights who specializes in challenging unlawful detentions at Guantanamo.