Home » Politics » Mike Hosking: Why this year was worse than last – and my politician of 2021 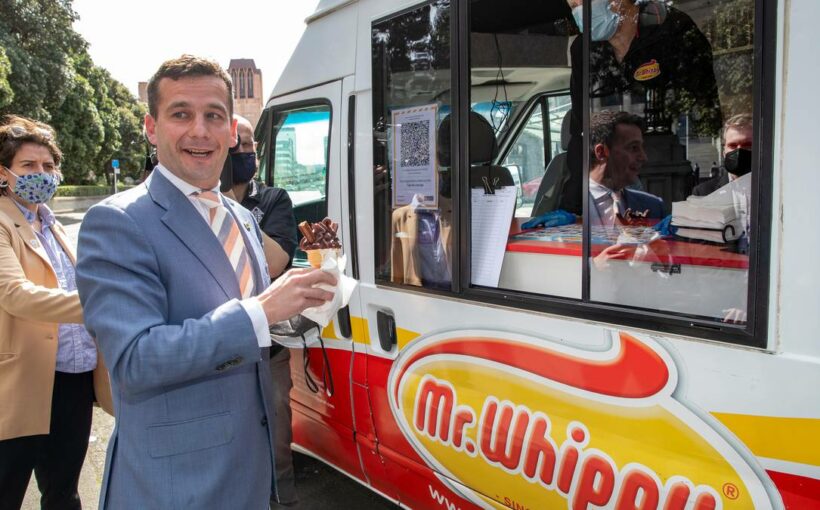 The upside of the end of year two of Covid is at least we made it through this year not panicked about whether we would make it through.

But at least, in part, what we know now makes this year way worse than last.

Firstly, the GDP numbers released today for the third quarter will remind us again just how damaging lockdowns are.

The Reserve Bank thinks it will be -7, most other commentators think it won’t be that bad, somewhere between -3 and -4.

Any number with a minus in front of it is a disaster for an economy already ravaged by previous lockdowns, an astonishing increase in debt and various industries ranging from hospitality to events to tourism, who’ve been hobbled in various forms for coming up to 24 months.

The fourth quarter, which we are still wading our way through, promises some sort of bounce back, but that too shows a contrast between this year and last.

Last year, because we survived and got set free we went nuts, we spent like there was no tomorrow. This time around it’s tempered, and it’s tempered by the wariness of having been there before, it’s tempered by the stark reality that a lot of the mad spending last time was fuelled by debt, and who knows where we head from here. We are more cautious, so once we get a chance to look back on the year economically we will see that compared to a lot of the world who opened up and got on with life, our performance will trail in its wake.

But the part of this year I will remember most is the complete and utter needlessness of it.

The complete failure by the Government to get vaccine supply sorted for the arrival of Delta.

As the year has gone on and we’ve learned more and more about the Government’s response, we have found just how badly we’ve been let down.

Papers released this year showed we were still talking about Delta, still preparing for it, after it had actually arrived.

Papers showed when Pfizer called, we weren’t ready, weren’t funded, it seems David Clark, then Minister of Health, didn’t even read the letter suggesting we meet and get on with it.

So when Delta arrived we locked down and the damage began.

MIQ, still astonishingly active even by the year’s end, was shown to be the cruel hoax it always was. How a government can treat its citizens that way is beyond me, but it took most of the year for the anger to really grow and a court case (Murray Bolton) to expose the scandal it is.

The Māori vaccine rollout has been a tragic failure.

The health providers told us it was a Māori problem that required a Māori solution, and so a fortune was handed to them, and we all know where it’s ended … in court coupled with numbers far short of successful or acceptable.

And still, if you’re heading north this summer, it’s your fault Northlanders wouldn’t or couldn’t get jabbed so activists have been deputised by the Government beholden to a minority … and you will be stopped. Oh, the police will be there they tell us, but so too will the locals, and that is somehow, astonishingly, the new way of doing things in this country.

The polls have reflected this woeful way of conducting business and Labour end the year a lot lower than they started, and they deserve to.

They are a slow, befuddled, arrogant, disorganised mess of a government, that preyed on fear, and sadly continue to use it to manipulate the frail and bewildered.

There is hope in Luxon, but it’s astonished me that National, even with all the extraordinary bullets they shot in their own feet, still haven’t made more of the rich pickings that have been on display from Labour.

That, thank God, is where David Seymour stepped in and wins politician of the year.

He kept it short, sharp and pithy … and the polls tell the rest. He deserves every single point he’s gained, as much as Labour deserve every one they’ve lost.

Let’s see how summer goes, but we have borders not open, self-isolation still a thing, boosters to deal with, and winter follows, and we know Covid loves winter.

For now, let’s put the year behind us and pray for a better 2022. We start with much hope, but off a very low base.