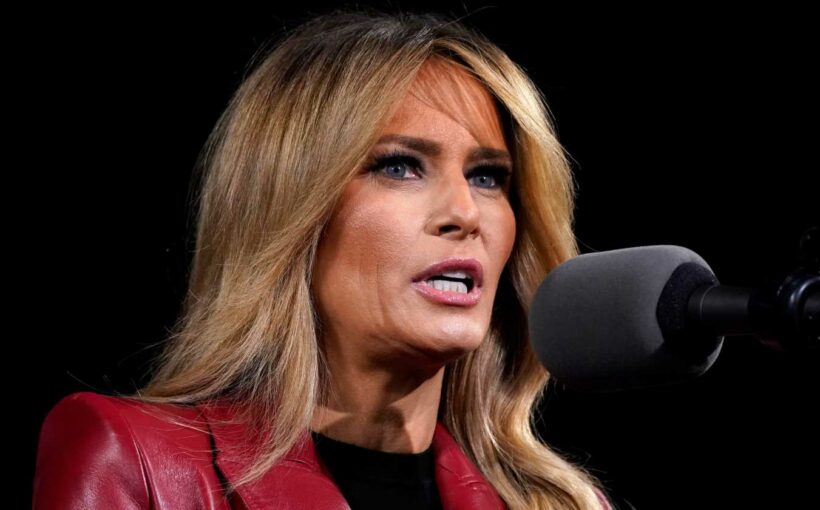 A Baptist pastor is on leave after receiving broad criticism for sexist and racist comments he made about women, and former first lady Melania Trump, during a sermon to his congregation.

“I’m not saying every woman can be the epic trophy wife of all time like Melania Trump,” Stewart-Allen Clark told his church in February as an image of her appeared on a large screen behind him. “Most women can’t be trophy wives, but you know … maybe you’re a participation trophy,” Clark said during the 22-minute sermon at First General Baptist Church in Malden, Missouri.

“Men have a need for their women to look like women. Sweatpants don’t cut it all the time. Wearing flip flops and pajamas to Walmart – that ain’t going to work. Ain’t nothing attractive about that. It’ ain’t,” Clark said in his sermon. “And men want their wives to look good at home and in public, can I get an Amen!”

At another point, Clark pondered, “Why is it so many times that women, after they get married, let themselves go?”

Pastor Stewart Allen-Clark tells congregation that women need to work harder to look good for men. “I’m not saying every woman can be the epic trophy wife of all time like Melania Trump. Most women can’t be trophy wives, but you know … maybe you’re a participation trophy.” pic.twitter.com/5GfyqIeQZw

Clark’s sermon, which was roundly condemned as derogatory and beyond-the-pale for a religious sermon. At least one of the pastor’s comments was also condemned as racist.

Clark has now taken a leave of absence from the church and is now seeking “professional counseling,” according to the church. General Baptist Ministries, of which Clark’s church is affiliated, issued a statement saying his sermon “included comments that are not consistent with the positions and values of General Baptists.”

The church also affirmed “that every woman was created in the image of God, and they should be valued for that reason. Furthermore, we believe that all individuals regardless of any other factors are so loved by God that Christ died for them.”