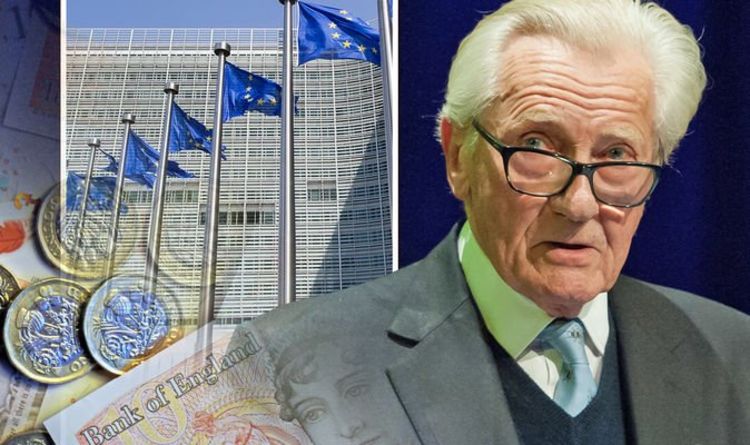 The former deputy Prime Minister claims if Mr Johnson is removed from Downing Street his resignation could spark another EU referendum and reverse Brexit. Michael Heseltine is a leading campaigner for another vote on EU membership and told Times Radio: “The Brexit agenda was a pack of lies … What happens if Boris goes, does Brexit go – throw the whole thing up in the air?”

The PM is currently facing growing pressure from Tory backbenchers since he attended a lockdown-breaking drinks party at Number 10.

Many MPs are predicting that it won’t be long before Mr Johnson will face a leadership contest.

Lord Heseltine continued: “Will the majority now of people who believe Brexit was wrong, have another chance to express their view?”

He argued that the Conservative Party would eventually come to support re-entry into the European Union, adding: “It will take time. It will require energy and leadership. There is a lesson to be learnt from the Brexiteers. They never gave up. Our purpose is clear.

“We must restore Britain’s position in the corridors of European power. That is our natural home and not only much of our history but also much of our future will lie.”

However, the anti-Brexit peer’s hints about how Britain could rejoin the EU without Mr Johnson were mocked by Express.co.uk readers with some saying that the former MP wants to see Britain rejoin the bloc in future as he would benefit from the EU membership.

One with the username Eye Roll claimed the MP, who served as a Conservative Member of Parliament from 1966 to 2001, needed to “clear his head” of the suggestion.

They wrote: “Chuck Heseltine another blanket and push him round the garden to help him clear his head…”

While another reader called ‘What’sThis!’ compared him to another keen Remainer, Lord Adonis.

The Labour politician also hinted Britain could rejoin the EU without Mr Johnson as leader.

He said: “You never know how quickly things can change.”

The reader wrote: “Do he and Adonis live in the same Home for the Bewildered”

While other readers claim Lord Heseltine is “only thinking of himself” in the scenario, and claim he would benefit from seeing Britain rejoining the trade bloc.

One called Lovejoy made reference to his role in the downfall of Margaret Thatcher in their scathing reply, noting how he was one of two Welsh politicians responsible for her ousting.

Following Geoffrey Howe’s resignation speech in November 1990, Lord Heseltine challenged her for the leadership of the Conservative Party and polled well enough to deny her an outright victory on the first ballot.

However, following Mrs Thatcher’s subsequent resignation, Lord Heseltine then lost to Sir John Major on the second ballot but returned to the Cabinet when Sir John was PM.

The Express.co.uk reader wrote: “This man is treacherous and thinks only of himself as he did when he assisted in the downfall of Thatcher.”

While another reader, Pythos, added: “Multi-millionaire Heseltine just wants his 90-grand a year land grant back that he lost when we left.”

The user makes reference to reports dating from a decade ago that the MP had been enjoying average payments of around £90,000-a-year for his farming activities across 1,255 acres in Oxfordshire and Northamptonshire.

The details were uncovered under a Freedom of Information request by writer and ‘transparency’ campaigner Jack Thurston.

Mr Johnson has sparked a backlash among Tory MPs for his reaction to the Partygate scandal, with an interview he gave to Sky News’ political editor Beth Rigby sparking particular uproar.

During the interview, Mr Johnson denied an accusation made by his former adviser, Dominic Cummings, that he had lied to Parliament about a lockdown party, saying that nobody had warned him the gathering might be against Covid lockdown rules.

He insisted he believed he was at a “work event” when the May 20 party took place.

Mr Johnson is set to face an increasingly angry chorus of his own MPs following the interview, and reports suggest the 54 letters which would launch a no-confidence vote in the PM could be reached soon.