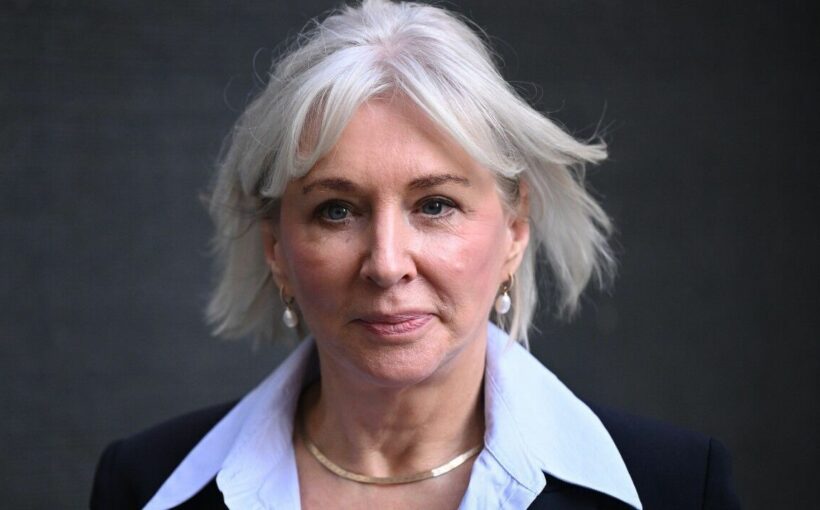 Nadine Dorries is penning a book about Boris Johnson’s dramatic downfall. The former culture secretary, a close ally of the ex-PM, has already started writing her account of the turbulent period in Westminster.

The book has the working title of “The Political Assassination of Boris Johnson” and is set to be published next year.

Ms Dorries, who is the author of a series of best-selling novels, said it will be a factual account of Mr Johnson’s fall from power.

She told the Evening Standard: “Events lately have been stranger than fiction.

“And I will be drawing on that rich source material. It’s a political whodunnit.”

Conservative MP Julian Knight, who is chairman of the Digital, Culture, Media and Sport Committee, suggested the book could give new PM Rishi Sunak “some sleepless nights”.

But Ms Dorries played down suggestions the book would take revenge on Mr Sunak.

The former Chancellor was widely seen as instrumental in forcing Mr Johnson out of Downing Street.

Mr Johnson announced his resignation in July as he faced a mass revolt over his leadership in the wake of a number of scandals.

He left No 10 in September but Ms Dorries has remained staunchly loyal to him.

Earlier this month, Ms Dorries insisted Mr Johnson will one day return after he abandoned a comeback bid last month, paving the way for Mr Sunak to take the top job.

The ex-Cabinet minister said Mr Johnson threw a party to thank his supporters after he bowed out of the race to replace Liz Truss following her short-lived premiership.

Ms Dorries said there was a “huge crowd” at the gathering, adding: “Everybody loves him.”

She told The House magazine: “There was a general ‘air’ in the room and certainly people saying he will be back.

Mr Johnson flew back from a family holiday in the Caribbean following Ms Truss’s resignation in October.

But on what was a weekend of high drama he later ruled himself out of the Tory leadership race after admitting he could not unite his warring party.

In a hint of a future return, Mr Johnson said: “I believe I have much to offer but I am afraid that this is simply not the right time.”

Biographer Tom Bower, who has written a book on Mr Johnson, predicts he will make a return in 2028 or 2029.

The investigative journalist previously told Express.co.uk: “I think that Labour will clearly get in at the next election.

“It depends on the Tories, how they rebuild themselves, but I would have thought he will have a chance towards the end of the decade.

“Once the Tories have been in opposition for a number of years and they are looking for a new leader. I think he’s got a chance in 2028 or 2029.”