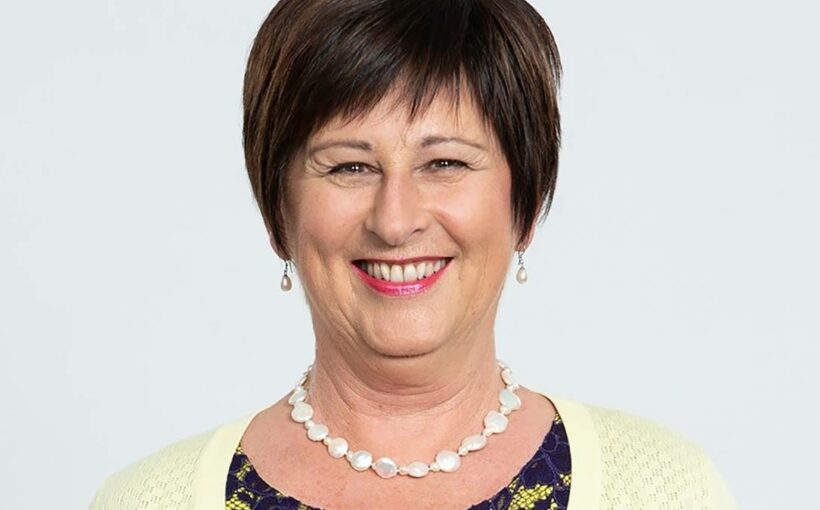 Maureen Pugh survived being hit by lightning twice. A third lucky strike blew a telephone out of her hands. The National MP speaks publicly for the first time to Herald senior journalist Kurt Bayer about cheating death – three times.
*
The first time Maureen Pugh got struck by lightning she was running a bath.

Growing up on the South Island’s wild West Coast, the National MP and former mayor of Westland knew all about weather – and the inherent dangers of thunderstorms, the laundry-list dos and don’ts.

After spending some years away from her beloved coast, she was lured back, and with her husband John built their own home on a farm in a tight mountain valley at Turiwhate near Kumara.

But the Pughs would later discover that their house – at an altitude of around 300m – was in a perfect spot for attracting lightning, especially when considering the copper spouting and pipes.

“I guess we were always sitting ducks for lightning strikes,” the 63-year-old says.

The scars of historical lightning strikes could be found around the farm. An old gate had been hit and the chain mesh welded together. A big tree in one paddock had been “blown apart”.

And her father-in-law told a story of being on the farm during a thunderstorm and seeing a ball of lightning run along the top of a fence. “Ball lightning” is a rare and unexplained phenomenon but in the Pughs’ valley, inland from the coast, lightning – which kills about 2000 worldwide every year – was not uncommon.

Around 20 years ago she got her first direct experience with the power of Mother Nature.

She was running an afternoon bath. Her husband and a neighbour were in the lounge and outside, a thunderstorm was looming.

Pugh was swirling the bath water with her hand. As she reached to turn off the old brass tap, lightning struck their house, sending millions of volts through the copper pipes and anything metal.

A lightning arc stretched 30-45cm from the tap to her hand.

“There was an enormous explosion and this incredible bright, blue-white light between the end of my fingers and the tap,” Pugh recalls.

The blast flung her backwards across the bathroom.

“I’m standing there with my hand in the air and I said, “I just got hit by lightning!’,” Pugh recalls.

“I was looking at the end of my hand and there was no obvious sign.”

They were amazed that she didn’t appear physically injured.

But as they day wore on, her arm started to go dead.

“It felt like it had been run over by a tractor,” Pugh says.

And a few days later, it started to affect her brain functions. She could barely string two thoughts together and struggled to walk.

She visited her doctor who said she’d suffered a massive electric shock.

“He explained that it burns the little capacitors out between the two hemispheres in your brain. I literally couldn’t think,” she says.

“For six weeks, I was practically a vegetable. It bowled me for six.

“I was bloody lucky to even survive because it was a direct hit.”

Rattled, she contacted the West Coast Electric Power Board to report the strike.

She was anxious inside her own home and asked if there was anything they could do. She was told there was nothing that could be done.

It took her a while to recover but just as she was finding her feet, lightning struck for a second time – just six months later.

She was at home again and had friends over for lunch.

As the storm rolled in, her first thought was to unplug all the home appliances to save them from blowing up.

Pugh went to turn off the stereo. And when she turned the dial, using her right hand, lightning struck the house again.

The electricity travelled through the metal-encased stereo and zapped her.

This time, she was not blown backwards. But she was left standing in a state of shock.

There was a strong smell in the room of burning flesh. Others were too afraid to go near her.

A dazed Pugh said to her friends: “I think I’ve just been hit by lightning again”.

She spotted a tiny brown dot on the tip of her left thumb.

“I found out later that was probably where the electricity came out,” Pugh says.

“The smell is something I will never forget. An intense cooking flesh smell coming out of this pinhead-sized brown dot on the end of my thumb.”

Having others in the house at the time probably kept her relatively calm.

“If I’d been home alone, I probably would’ve jumped in the car and drove away, just to get away from it, which probably wouldn’t have been the most sensible thing to do.”

At a neighbour’s property, around 11 cows which had been grazing near the base of a power pylon were struck dead by lightning in the same storm. The farmer found them lying on their side the next day.

Pugh didn’t suffer the same physical or neurological after-effects – although she did feel lethargic for some time – but it left her mentally shaken.

She felt nowhere was safe – including her own home.

Pugh could’ve been forgiven for thinking she was being targeted.

Some years later she was babysitting young children at a neighbour’s place one night when another thunderstorm rolled in.

Again, her first thought turned to switching off the appliances at home and so she picked up the landline and dialled her number.

While she was on the phone, lightning hit the house and blew the phone out of her hand.

She had to try and stay calm for the children who were now in tears. It was a third lucky miss.

An earth strap was installed at the transformer at the bottom of their driveway and they haven’t been affected by lightning since.

But it doesn’t mean Pugh is relaxed when thunderstorms roll through. Her husband reckons she can hear claps of thunder from Haast – 300km away.

On Monday night when a big storm started thundering up the South Island, she quickly unplugged all of the appliances – she has learned her lesson.

Asked if she feels unlucky to have suffered multiple lightning strikes, or lucky that she survived, Pugh replied: “Unlucky to be hit twice but extremely lucky to have survived both. You can’t claim that too often in your lifetime.”

“It’s a pretty scary thing,” she added. “It does make you realise how completely vulnerable you are to Mother Nature. She is all-powerful.

“When you live in an area that is close to mountains, it becomes one of those hazards that you’ve got to stay aware of.

“I feel pretty fortunate to say I’ve been involved in a lightning strike twice and lived to tell the tale.”