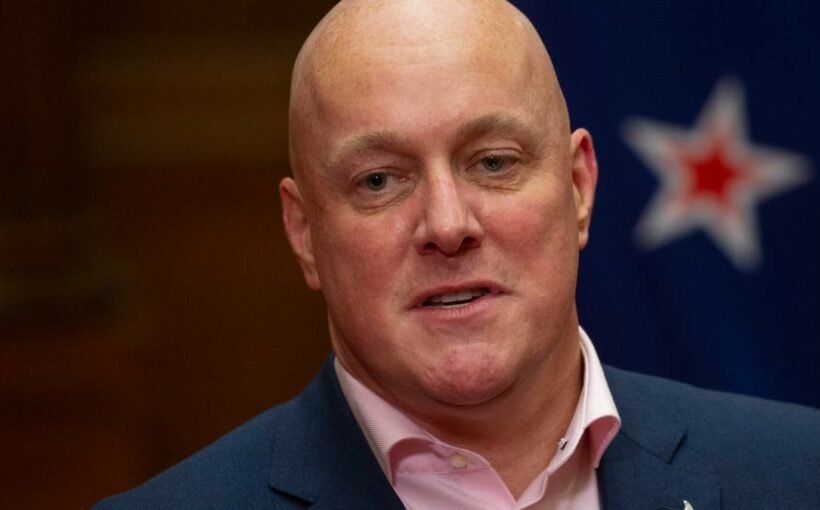 With deputy leader Nicola Willis, he told media the pair were “drawing a line under the events of the last four years, and we are putting them behind us”.

Reset or not, Luxon’s leadership comes with baggage; the party is a graveyard of political careers, and has backed itself into uncomfortable positions on things such as conversion therapy, Māori governance, and housing.

In his first interview as leader with the Herald, just hours after taking up the role, Luxon had questions about those topics put to him.

On conversion therapy, Luxon will inherit National’s position as the only party to vote against a bill that would ban the practice.

All other parties supported the ban at first reading, with National objecting that it might criminalise parents. Backers of the bill say it sets a bar high enough that conversations about sexuality will not be captured, but parents dragging their children to a conversion therapy will be.

Luxon said he did not regret voting against the bill at its first reading, an event which shook the National caucus.

“The point is our caucus made a decision to say that’s the best way to get a government to listen,” Luxon said.

“At the time, it was very unclear from the Minister of Justice as to exactly what the bill was and wasn’t and how parental behaviours could be criminalised.”

Despite not wanting the bill to get to select committee at its first reading, Luxon said the committee had done “proper work” on the bill.

“We’ll get the feedback back, we’ll have another chat about it, and work on our position,” Luxon said.

This leaves the door open to the National caucus, which technically opposes conversion therapy (just not this particular bill), to swing its support behind the ban when it comes back to Parliament next year – or to allow MPs to vote with their consciences.

The issue has been a toxic one for National, which saw the party told it was not welcome at Auckland’s Pride festival, which celebrates LGBT issues.

Luxon said he would “absolutely” attend Pride as leader, if he was allowed.

This was put to executive director of Auckland Pride, Max Tweedie who said Luxon “has his work cut out for him to reverse his party’s dangerous position on conversion therapy,and root out the transphobia that has taken hold over the last 18 months”.

“The National Party targeted trans kids as a victim in their attempt at a culture war,” Tweedie said.

“If Luxon and Willis apologise, reverse their position on conversion therapy, and commit to advocating for and achieving legislative equity for our communities – then just like any other political party with a similar commitment, they’d be welcome at Pride,” he said.

Another area Luxon might want to draw a line under is the party’s stance on Māori sovereignty, exemplified by its messy campaign against the He Puapua report.

Luxon doesn’t know if he’ll ever say the words He Puapua again – he stayed away.

“I don’t know what the future is,” Luxon said.

“Looking forward, what do we want? We need to have one country, one set of goals, and one system.

“We need to target areas based on need, not ethnicity.”

Luxon did not say whether he wanted to end discussions over the He Puapua campaign.

“The essential things that Māori and iwi are really focused on are the same things that New Zealanders are focused on, so we are a country that’s built on strong bicultural traditions; we are going to build a multicultural forward-looking country,” Luxon said.

Another complicated piece of policy for Luxon is National’s housing accord with Labour, which has come under attack from some of the party’s own Auckland-based MPs, and the resurgent Act.

The policy as it stands would make it easy to subdivide sections and build taller buildings, enabling as many as 105,000 additional houses to be built by the end of the decade.

The trade-off is that the proposals have put out councils and some residents’ associations.

Complicating matters further is the fact Luxon’s deputy, WIllis, was the driving force behind the accord.

Luxon promised changes to the bill that will give effect to the reforms, which is due back from a select committee next week.

“We need to build more houses, and we need to make sure that the way we do that is very enduring. That’s why we’ve been acting in good faith with the Government about that piece of legislation.”

Luxon said “experts, local government, and citizens” had given two clear messages on the bill.

“One is around building design standards – that’s things like height ratios, and those sorts of things.

“The second thing is giving more discretion to local governments for how they do intensification,” Luxon said.

“We think those views are very important to listen to and to hear and as a consequence we will build some amendments around those two factors and Nicola [Willis] will have a conversation with the minister,” he said.