Home » Politics » ‘Not the spirit!’ Boris blasts Macron’s letter urging ‘Britain to be punished for Brexit’ 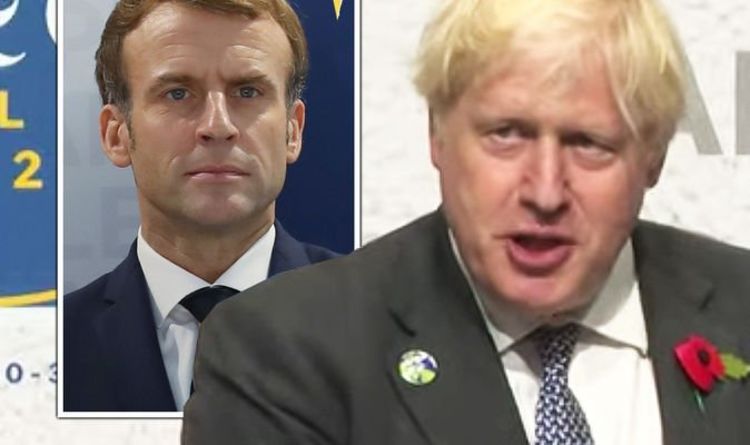 Jersey crab exporter on how fishing row has affected business

Speaking in Rome from the G20 summit Prime Minister Boris Johnson issued a warning that the nature of Mr Castex’s letter to European Commission President Ursula von der Leyen, which lambasted Britain for its handling of the ongoing fishing row, was not in the “spirit” of either the Withdrawal Agreement or the Trade and Cooperation Agreement.

The defiant Prime Minister slammed: “I’ll just say this for the record: I must say I was puzzled to read a letter from the French Prime Minister explicitly asking for Britain to be punished for leaving the EU!

“I just have to say to everybody I don’t think that is compatible either with the spirit or the letter of the Withdrawal Agreement.

“Or the Trade and Cooperation Agreement.”

Mr Johnson concluded: “That is all I will say about that one!”

It comes as Mr Castex wrote a blistering letter, it read: “It, therefore, seems necessary for the European Union to show its total determination to obtain full respect for the agreement by the United Kingdom and to assert its rights by using the levers at its disposal in a firm, united and proportionate manner.

“It is essential to clearly show to European public opinion that respect for subscribed engagement is non-negotiable and that there is more damage in leaving the union than in remaining there.”

Mr Castex added: “If no satisfactory solution is found in this context, the European Union will have to apply Article 506 of the Trade and Cooperation Agreement and take corrective measures, in a manner proportionate to the economic and social damage resulting from the breaches.”

He suggested to Ms Von der Leyen that they could impose “customs duties on certain fishery products” as punishment.