Home » Politics » On the Way Out, Melania Trump Denounces Attacks on Her as ‘Shameful’ 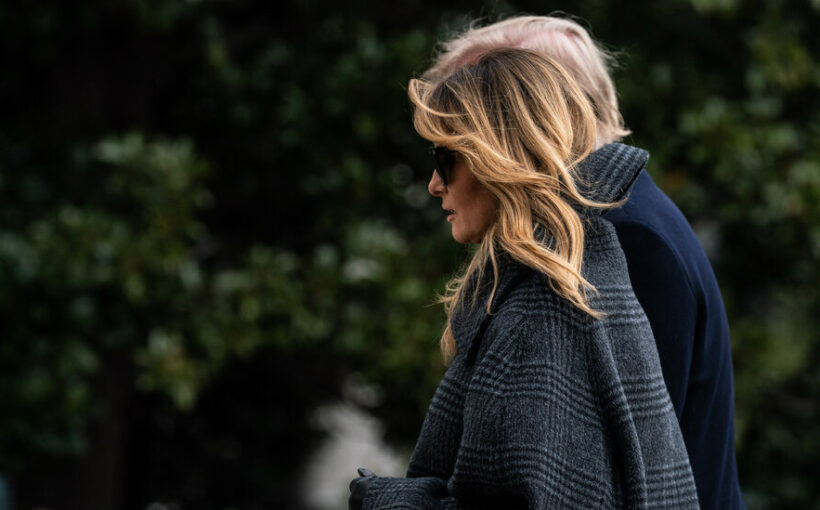 WASHINGTON — After remaining silent for five days following the riot at the Capitol instigated by her husband, Melania Trump, the first lady, issued a statement on Monday complaining about how she had been treated before going on to condemn the deadly mob attack.

“I find it shameful that surrounding these tragic events there has been salacious gossip, unwarranted personal attacks, and false misleading accusations on me — from people who are looking to be relevant and have an agenda,” Mrs. Trump wrote in a statement released on the White House’s official website.

She added: “Our Nation must heal in a civil manner. Make no mistake about it, I absolutely condemn the violence that has occurred on our Nation’s Capitol. Violence is never acceptable.”

It was most likely the last public statement that Mrs. Trump will make as first lady, and it drew criticism even from some of those who over the years have been willing to give her the benefit of the doubt.

“At a time when the nation is hurting so badly and we are craving moral authority from our leaders, this shouldn’t be about how she may feel maligned or mischaracterized,” said Anita McBride, who served as chief of staff to Laura Bush when she was first lady.

Ms. McBride has often defended Mrs. Trump’s approach to her role. But she added, “Unfortunately, any good she has done or tried to do on behalf of the nation will be defined by this horrific period.”

It was, in some ways, a fitting end to Mrs. Trump’s time in the White House. Her listless attitude toward her position and her frustration with how she was covered by the news media were best expressed on the back of a jacket she wore on a trip to visit migrant children in detention centers at the Mexican border: “I really don’t care. Do U?”

Mrs. Trump’s focus, even during a moment of national crisis, on those who have criticized her seemed like an addendum to the message on the coat: Ultimately, with her husband’s tenure coming to an end amid a crisis of democracy and a loss of life, she gave more than equal billing to her sense of being portrayed unfairly.

An aide declined to say what specific “gossip” Mrs. Trump was reacting to in her belated statement about the mob attack. But her former adviser and confidante Stephanie Winston Wolkoff recently wrote in a column for The Daily Beast that “the truth is she’s actually encouraging him to go for it,” referring to Mrs. Trump’s general cheerleading attitude toward her husband.

She also accused Mrs. Trump of “taking up scrapbooking” in her free time, filling albums with pictures of herself rather than using her global platform to promote any substantive agenda.

Ms. Wolkoff, who last year wrote a tell-all memoir about the disintegration of her relationship with Mrs. Trump, on Monday dismissed the first lady’s statement as an effort at “damage control.” In a text message, she said of the president and his wife, “Neither of them accept culpability for their actions and that’s been the misfortune of the administration.”

The statement released Monday by Mrs. Trump was also rife with grammatical errors and typos, including a misspelling of the last name of a rioter who was fatally shot during the attack at the Capitol, Ashli Babbitt. (It was later corrected online.)

Mrs. Trump also extended her condolences to Ms. Babbitt before mentioning the Capitol Police officers who died after responding to the attack, Brian Sicknick and Howard Liebengood.

The statement also appeared to recycle a passage verbatim from the keynote speech Mrs. Trump delivered at the Republican National Convention last year.

Last week, two of Mrs. Trump’s top aides, including her chief of staff and top communications adviser, Stephanie Grisham, resigned. It was not clear who helped Mrs. Trump draft the statement.

“I implore people to stop the violence, never make assumptions based on the color of a person’s skin or use differing political ideologies as a basis for aggression and viciousness,” Mrs. Trump also said in the statement. “We must listen to one another, focus on what unites us, and rise above what divides us.”