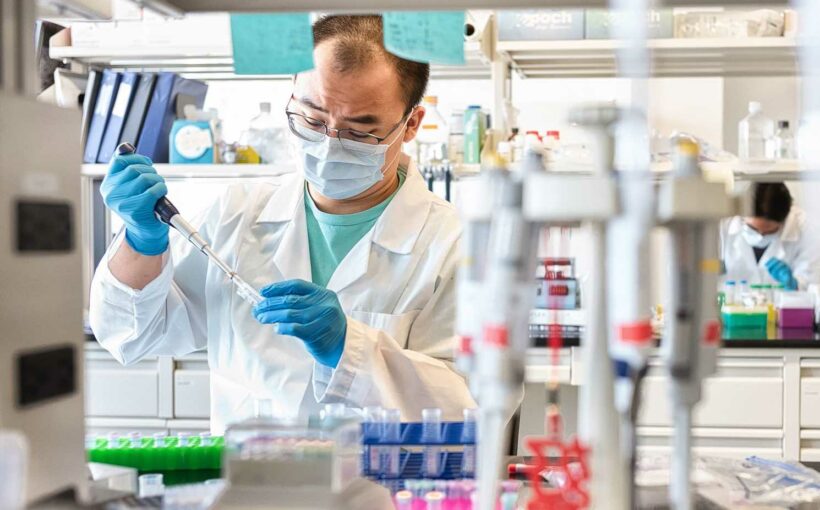 It's a good time to be a governor – or a state treasurer.

The most recent Covid-19 relief bill sent $195 billion to the states. While debate continues over its size and content, there is no doubting the significance of this windfall, and more taxpayer funds could be coming if Congress passes the Biden administration's infrastructure package.

Of course, a host of interests and groups are already clamoring to get their hands on these billions in aid. Given this hard, political reality, state leaders need to recognize that this is a once-in-a-lifetime opportunity. They must be responsible stewards and carefully direct the billions in taxpayer dollars to areas that will not only help America recover from Covid-19, but also unleash economic opportunity for decades to come.

Both of us have been participants and observers of the changing dynamics of the American economy over the past few decades. Now as co-chairs of a Reagan Institute-sponsored task force on manufacturing and U.S. national security, we strongly believe that certain key principles must guide state policymakers' investments. Only by integrating these principles into their decision-making processes can they put their states on a path to create jobs, spur the economy and strengthen our national defense.

Here's what they should do:

States should establish, or increase where appropriate, "angel funds" for startups or create catalytic capital funds to attract private investment to small- and medium-sized innovators. They could also encourage greater collaboration across sectors and ecosystems on matters related to national security.

Our country has tremendous know-how and innovative potential distributed across the defense industry, high-tech giants, national labs, universities, and entrepreneurial startups. With the right set of policies, incentives, and regulations, states can create the space for them to collaborate, compete, and innovate, benefitting both economic growth and national defense.

For decades, public and private sectors leaders have argued that America must invest in its future to remain competitive and innovative around the globe. This need for action has never been greater. Semiconductor shortages, shipping backlogs, and scarce raw materials highlight the strains on global supply chains and manufacturing capacities – all of which were accelerated by Covid-19.

In addition, we now face in China the most serious economic and military rival in a generation. Behind the headlines about China's growth and technological prowess is a military-civil fusion system that ties billions in defense investment to billions in commercial subsidies to create a domestic machine of innovation and industrial production.

By contrast, years of unstable defense budgets, offshoring, foreign competition, and byzantine acquisition policies have combined to weaken America's defense industrial base – a critical link in the chain of our economy, innovation base, and national security.

Not unique to the defense industry, the erosion of this country's manufacturing capability coincided with a long-term slowdown in productivity, which reduced economic dynamism and slowed growth. Americans lost jobs or saw their communities hollowed out by businesses shuttering and work moving overseas.

Third, invest in infrastructure that can directly support innovation and advanced manufacturing

States should look abroad for examples. In places like Singapore, Taiwan, and South Korea, governments have worked to establish stable tax, legal, and regulatory frameworks for business. Municipal governments have supported these efforts by investing in infrastructure such as power stations, water-treatment facilities, and internet and communications technologies that enable businesses to compete more effectively.

Such actions help create local manufacturing hubs, where small- and medium-sized suppliers can flourish. The efficiency gains from those clusters drive productivity, and the jobs, revenue, and second-order economic benefits are almost immeasurable. States should identify gaps in their high-tech infrastructure and take similar steps.

Fourth, build the pipeline of talent that can sustain our global leadership

There is no substitute for human capital development – particularly for women and people of color most devastated by Covid-19. This means states need to boost resources for STEM education in K-12 schools, create scholarship programs in traditionally underserved communities, and expand and improve upon continuing training and education programs, such as those at community colleges. Doing so would not only deliver much-needed trained workers now but also support the growing numbers of students and mid-career learners seeking practical skills.

States could also bring together local businesses and schools to expand formal reskilling programs through apprenticeships and like programs; give grants to firms that will retrain or upskill their own employees; and loosen regulations that inhibit the movement of workers and then facilitate their transitions. The list goes on, but it is clear that too many have left the workforce believing they did not possess the necessary skills for a changing American economy.

The letter of the law forbids states from using their newfound money to fund tax incentives and cuts. If freed from those constraints – whether by Congressional amendment or legal recourse – states could truly maximize the opportunity. Regardless, the fact remains that states have tens of billions of dollars at their disposal.

According to a recently released study from McKinsey Global Institute, transforming the national security manufacturing base in this way would generate hundreds of billions of dollars in economic growth this decade and over a million jobs.

More importantly, it would increase opportunity for Americans around the country and help America retain its military edge, while advancing the frontiers of science, engineering, medicine. By making wise choices, state governments, with the buy-in of private-sector leaders, could help set the foundation for America to reestablish itself as a competitive and innovative industrial power.

Marillyn Hewson is the former chairman, president and CEO of Lockheed Martin Corporation. David McCormick is the CEO of Bridgewater Associates. They are the co-chairs of The Task Force on National Security and U.S. Manufacturing Base Competitiveness sponsored by the Ronald Reagan Institute.