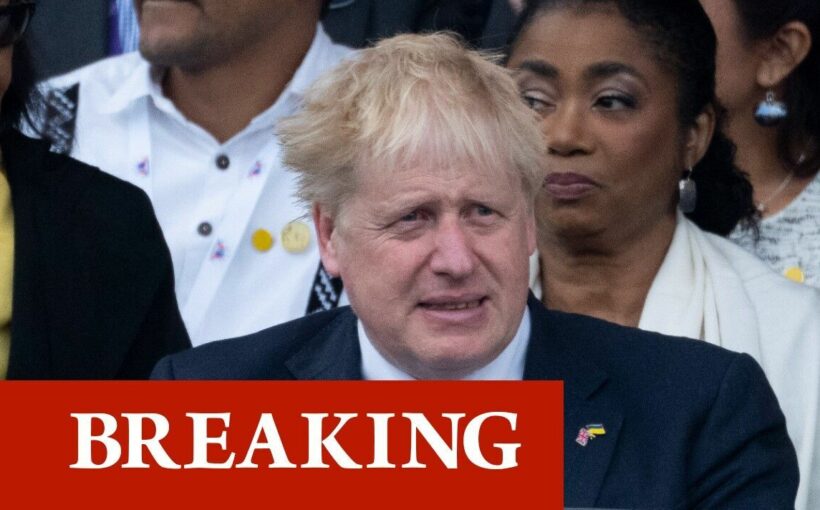 It comes as a dossier is being passed around MPs about the Prime Minister spelling out why he needs to go over Partygate and policy issues. Some Conservative MPs fear that sticking with Mr Johnson will open the door to a “Rejoiner alliance” of Labour the SNP and Lib Dems taking Britain back into the EU and possibly leading to the break-up of the UK.

Express.co.uk has been told about the latest effort by Tory insiders to force out Mr Johnson as the Prime Minister faces a crucial day in whether he has to face a vote of confidence.

There is still fury over the lockdown breaking events in Downing Street, dubbed Parrtygate, and concern over the way he was booed during the Jubilee celebrations by crowds of normally conservative Royalists.

But Tory MPs are also angry over policy issues, not least the hike in tax including National Insurance and Corporation Tax, but also disquiet over Net Zero policies and nanny state issues like reforming gambling.

Polls show the Conservatives are losing support with this week’s Techne UK/ Express tracker poll revealing that they are now eight points behind Labour.

Another Techne UK poll for the Express underlined that more than half of voters do not think he has acted quickly enough to make the most of Brexit freedoms.

Speculation is mounting that the threshold of 54 letters from Tory MPs demanding a vote on his leadership has been reached.

But some insiders believe that there is only an “80 percent certainty” it will happen this week because some MPs are awaiting the outcome of two by-elections in Wakefield and Tiverton and Honiton on June 23.

Both were Tory seats in the 2019 election but have been vacated because of scandals.

A well-placed source on the right of the party, where the Prime Minister, has enjoyed his strongest support, explained that “Operation Boot Boris” will only be launched “if MP don’t do the decent thing this week.”

The source went on: “It’s going to be focused on the grassroots and will have serious backing.

“Sticking with him means a Labour/ SNP government. That means he threatens the union. He is not governing like a Tory. He has lost trust.”

Letters from Tory MPs have to be handed to Sir Graham Brady, chairman of the 1922 Committee, which represents Conservative MPs.

Do you blame Brexit for the cost of living crisis? VOTE HERE [REACT]
Boris dealt Brexit blow as PM not exploiting freedom from EU – poll [REVEAL]
Her calm influence will bring us hope for years to come [INSIGHT]

But loyalists believe the number of letters has been exaggerated with one dismissing those behind the rumours as “the usual suspects”.

One furious Red Wall MP told Express.co.uk: “The gloves have got to come off in dealing with these people (the rebels).

“Enough is enough. They have gone too far and are undermining Boris who is and remains our best electoral asset.”

A former minister added: “It’s the usual combination of bitter remainer types – and I use the word bitter advisedly – and bitter people who either lost ministerial jobs or have not had the promotion they think they deserve.”